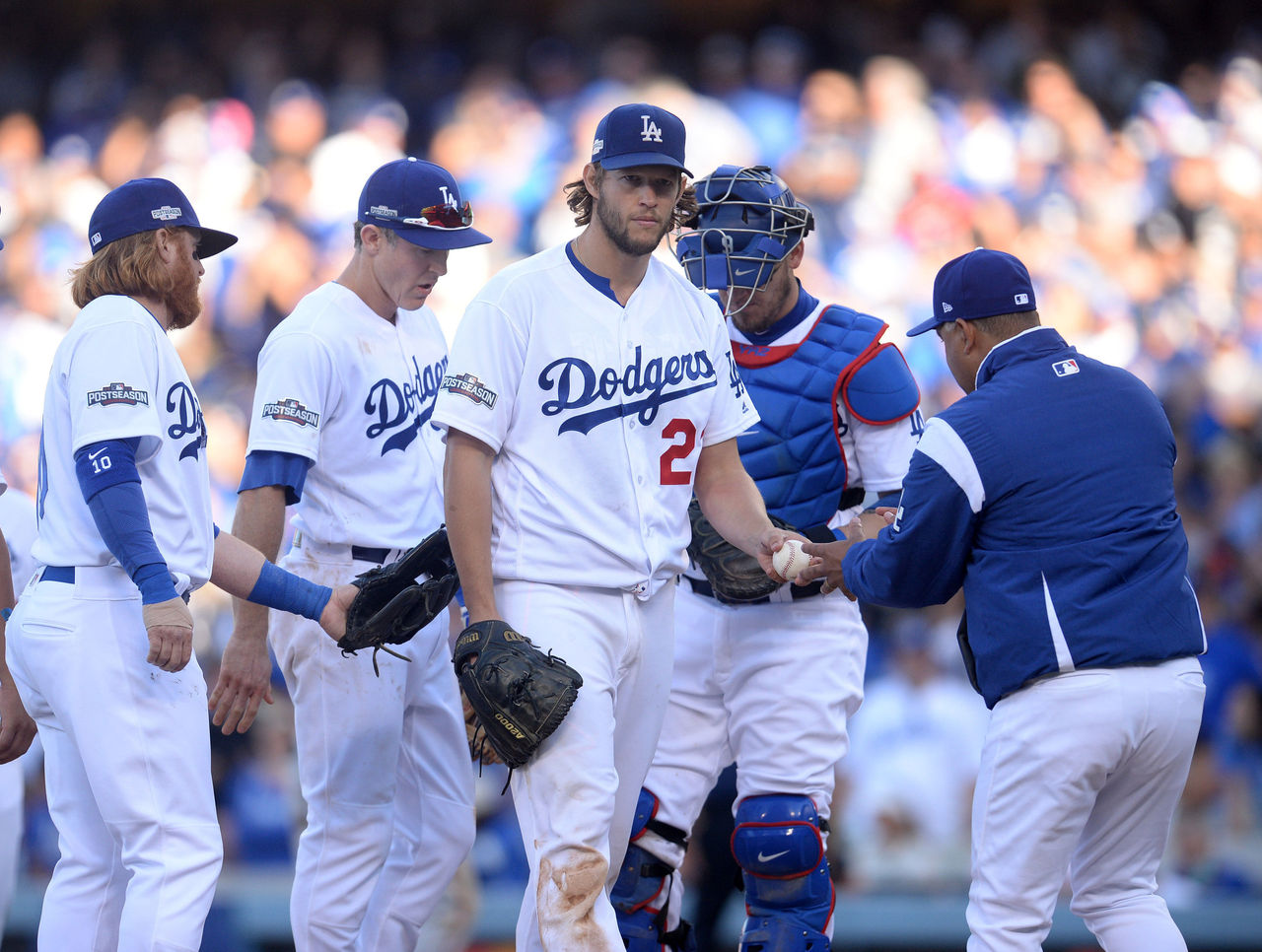 It only took the Los Angeles Dodgers’ bullpen three pitches to blow a three-run lead against the Washington Nationals.

With a 5-2 lead in the seventh inning of Tuesday’s NLDS matchup, Dodgers manager Dave Roberts came to the mound to visit Clayton Kershaw. It looked as if with runners on first and second, two out, and Bryce Harper representing the tying run at the plate, that he was going to pull his star left-hander.

Instead, Kershaw stayed in, only to walk the bases loaded.

Roberts brought in reliever Pedro Baez, who promptly drilled Jayson Werth with the first pitch he threw, bringing in the Nationals’ third run.

Once again the skipper went to his bullpen, and brought in left-hander Luis Avilan to face off against Daniel Murphy. After taking ball one, Murphy jumped on the next pitch, hammering a game-tying two-RBI single to left field.

Joe Blanton was brought in after the hit and recorded the final out of the inning.