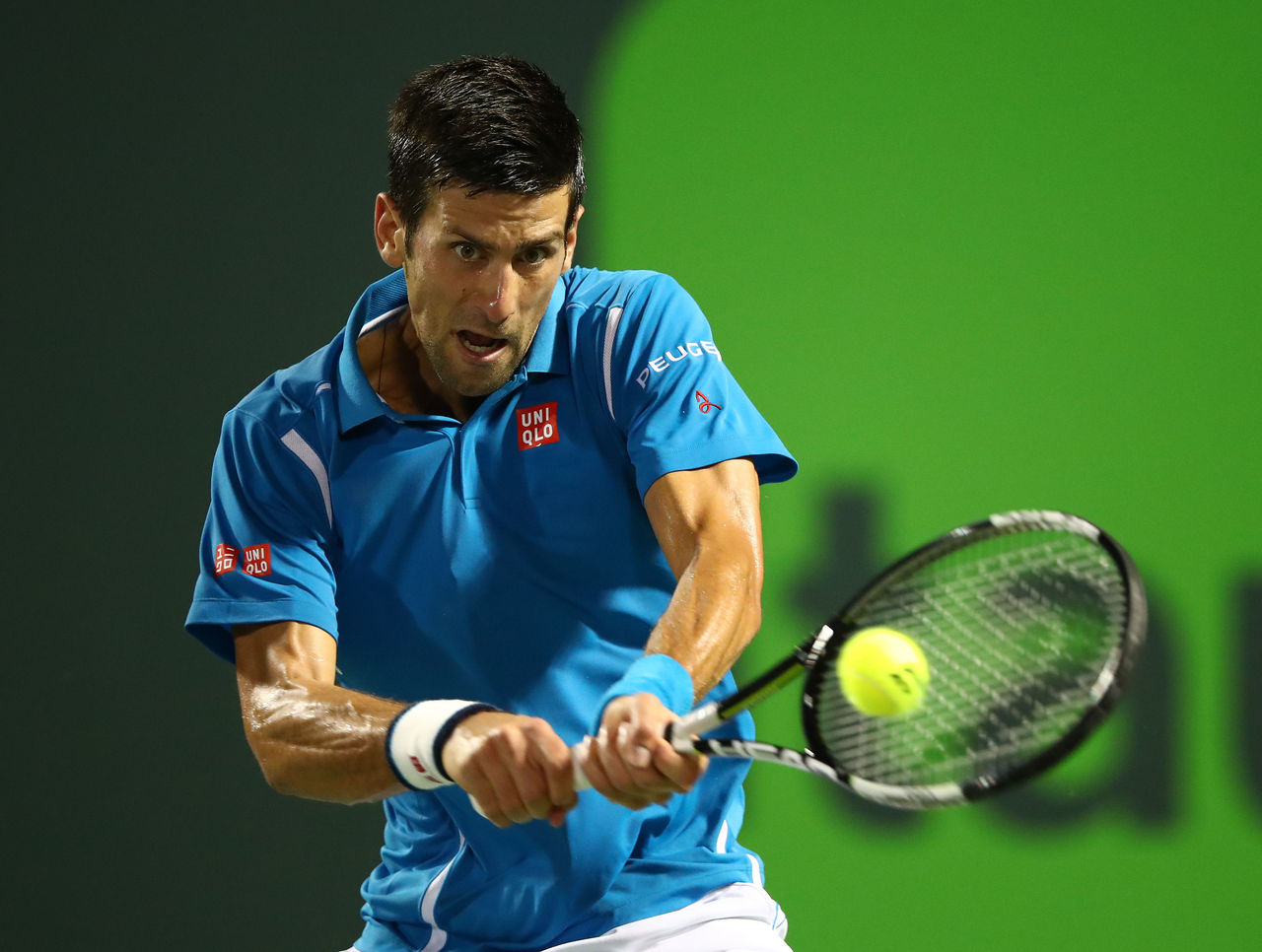 SHANGHAI – Both feeling refreshed and recharged, Novak Djokovic and Andy Murray each won in straight sets Thursday to reach the quarterfinals at the Shanghai Masters.

The top-ranked Djokovic was broken once in a 6-4, 6-4 victory over Vasek Pospisil, improving his record at the tournament to 26-3. Murray was even better: He won 21 of 22 points on his first serve and made only 10 errors in a 6-1, 6-3 win over 13th-seeded Lucas Pouille.

Both players have said they feel energized this week after taking time off following the U.S. Open.

Djokovic hasn’t played at all because of an elbow injury, pulling out of the China Open in Beijing last week. He said he used the time away to recover after a mentally exhausting summer, find more balance in his life, and rediscover his passion for the game.

Djokovic said the rest and mental adjustments are already helping him on the court, too. Despite dropping serve once, he said he played a nearly complete match against Pospisil.

”I was very pleased with the way I have played from the first to last point,” Djokovic said. ”I don’t think I have dropped my level at all.”

Murray has played more in recent weeks, leading Britain against Argentina in the Davis Cup semifinals and then capturing the China Open title. But he also had some downtime.

”My body felt so much better after taking like seven, eight days off of complete rest, which I hadn’t had for quite a long time,” Murray said. ”I’m really, really happy and glad now that I did that. It’s obviously working out well for me just now.”

Murray hasn’t dropped a set in his last eight matches, going back to his victory over Guido Pella in the Davis Cup last month.

In other matches, Jack Sock notched another breakthrough in what’s been his best season on tour, rebounding to beat Milos Raonic 0-6, 6-4, 7-6 (8) and reach his first Masters-level quarterfinal. He saved two match points in the tiebreaker.

It was also Sock’s first win over Raonic since 2013; he had lost eight straight to the Canadian since then, many ending in tiebreakers.

”We’ve had a lot of close matches,” Sock said. ”It feels great to finally get one and win a tiebreak against him. It’s been a couple of years.”

The highlight of Sock’s year came at the Rio de Janeiro Olympics, where he won the gold medal in mixed doubles and bronze in men’s doubles – the only tennis player to win more than one. He also reached a career-high ranking of No. 22 and made the fourth round at the U.S. Open.

He next plays Simon for a spot in the semifinals.

Alexander and Mischa Zverev had a chance to put the brothers in the final eight, but only one prevailed.

Mischa Zverev next plays Djokovic. Murray, on the bottom half of the draw, will face Goffin.