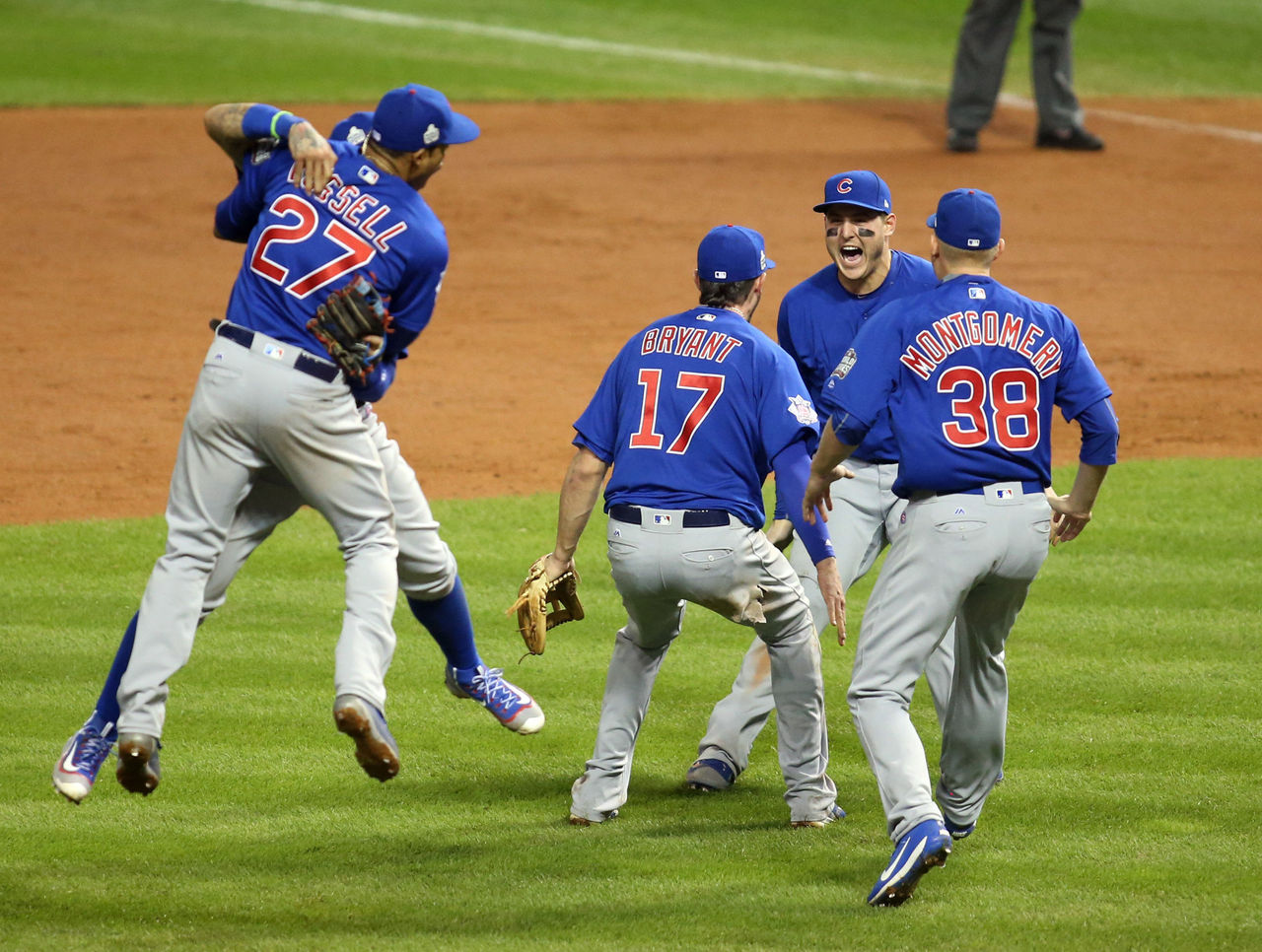 CLEVELAND – The wait ’til next year is finally over. The Chicago Cubs are World Series champions.

Ending more than a century of flops, futility and frustration, the Cubs won their first title since 1908, outlasting the Cleveland Indians 8-7 in 10 innings of a Game 7 thriller early Thursday.

Lovable losers for generations, the Cubs nearly let this one get away, too. All-Star closer Aroldis Chapman blew a three-run lead with two outs in the eighth when Rajai Davis hit a tying homer.

But the Cubs, after tormenting their fans one more time, came right back after a 17-minute rain delay before the top of the 10th.

Ben Zobrist hit an RBI double and Miguel Montero singled home a run to make it 8-6. Davis delivered an RBI single with two outs in the bottom half, but Mike Montgomery closed it out, and the celebration was on.

Cleveland was trying to win its first crown since 1948, but lost the last two games at home.

World Series favorites since spring training, Chicago led the majors with 103 wins this season. The Cubs then ended more than a century of misery for their loyal fans – barely.