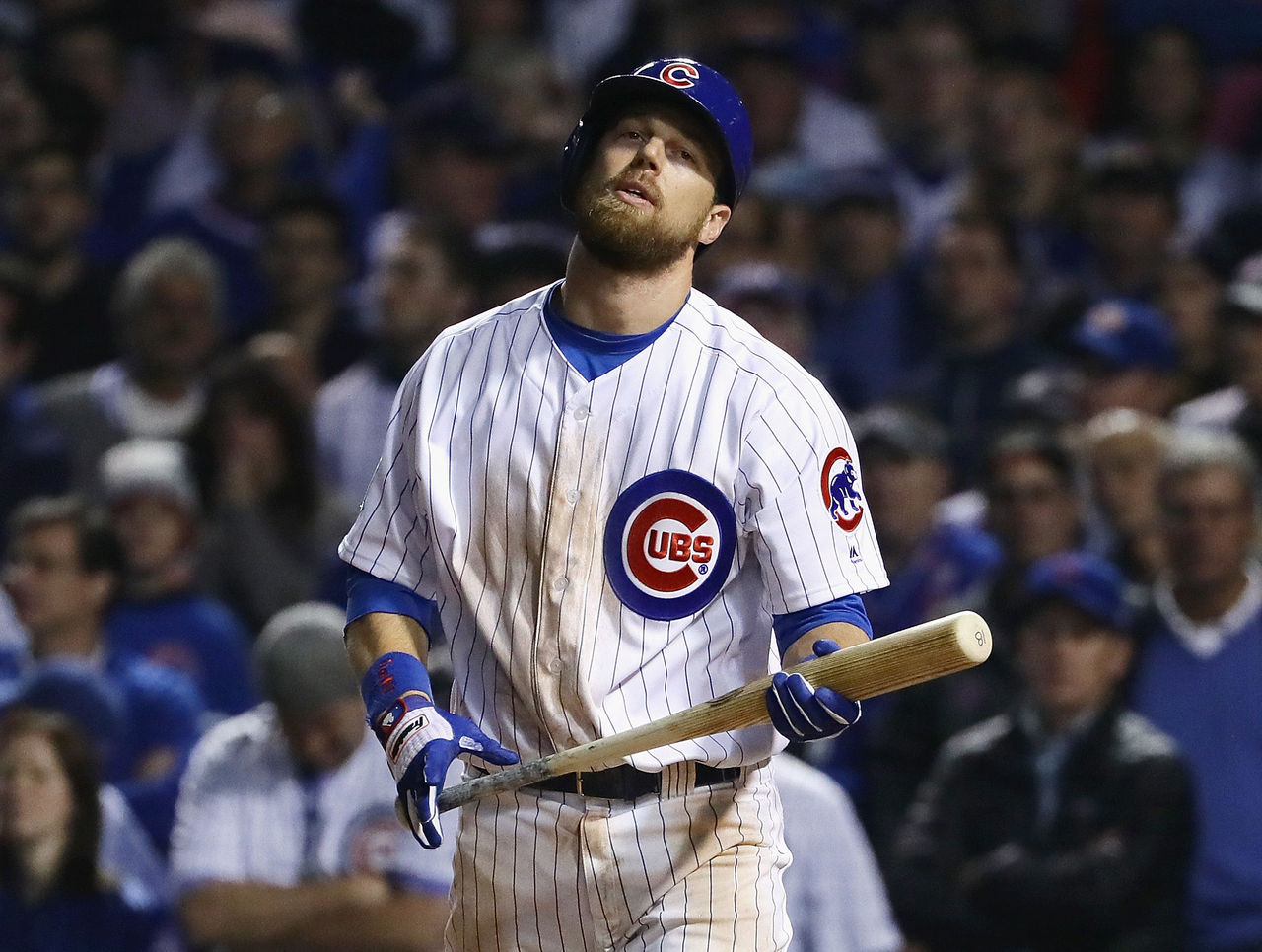 CHICAGO – The Chicago Cubs had one of baseball’s best lineups during the regular season. Anthony Rizzo and Kris Bryant piled up big numbers, and Ben Zobrist, Dexter Fowler and Addison Russell contributed to a well-rounded attack.

It has been feast or famine so far in the playoffs.

The Cubs were shut out for the fourth time in their last eight postseason games when they lost 1-0 to Cleveland in Game 3 of the World Series on Friday night, handing home-field advantage right back to the Indians. Not even Kyle Schwarber could save the NL champions this time around.

”We were just out of the zone way too often,” manager Joe Maddon said. ”We’ve got to get our strike zones organized offensively, and if we do, we’ll be fine.”

The Fall Classic returned to Wrigley Field for the first time in 71 years, attracting a raucous crowd of 41,703 and packing the bars and restaurants that surround the cozy neighborhood ballpark. Some of the fans dressed up in Cubs-related costumes, and there were periodic cellphone flashes in the stands all night long.

But there wasn’t very much for them to cheer about, especially when the Cubs were at the plate. Josh Tomlin pitched two-hit ball into the fifth inning, and Cleveland’s stellar bullpen took over from there.

”Fly-ball pitcher with the wind blowing out, it’s crazy how we don’t hit fly balls,” Rizzo said. ”It’s the way it is. We knew it’s not going to be easy. Been in this situation before last series and we just got to come back and do what we do.”

Fowler, Bryant, Rizzo and Zobrist, the top four hitters in Chicago’s lineup, went 3 for 15 with a walk. Javier Baez, the co-MVP of the NLCS along with pitcher Jon Lester, came up empty in two big spots.

Chicago went 0 for 7 with runners in scoring position and is batting .133 (4 for 30) in those situations in the series.

Game 4 is Saturday night, and it doesn’t get any easier for Chicago. Corey Kluber goes on short rest for Cleveland after striking out nine in a dominant performance in the Indians’ 6-0 victory in Game 1. John Lackey pitches for the Cubs.

Chicago, which scored more than 800 runs during the regular season for the first time since 2008, also was shut out in Games 2 and 3 in the NL Championship Series against Los Angeles. The Cubs then won three in a row to advance, outscoring the Dodgers 23-6 along the way.

”I don’t think anybody is going to hang their head after today,” Zobrist said. ”It’s one game. We’re still in a good position, 2-1. We came back and won three in a row last series so we knew we were going to have to beat Kluber anyway.”