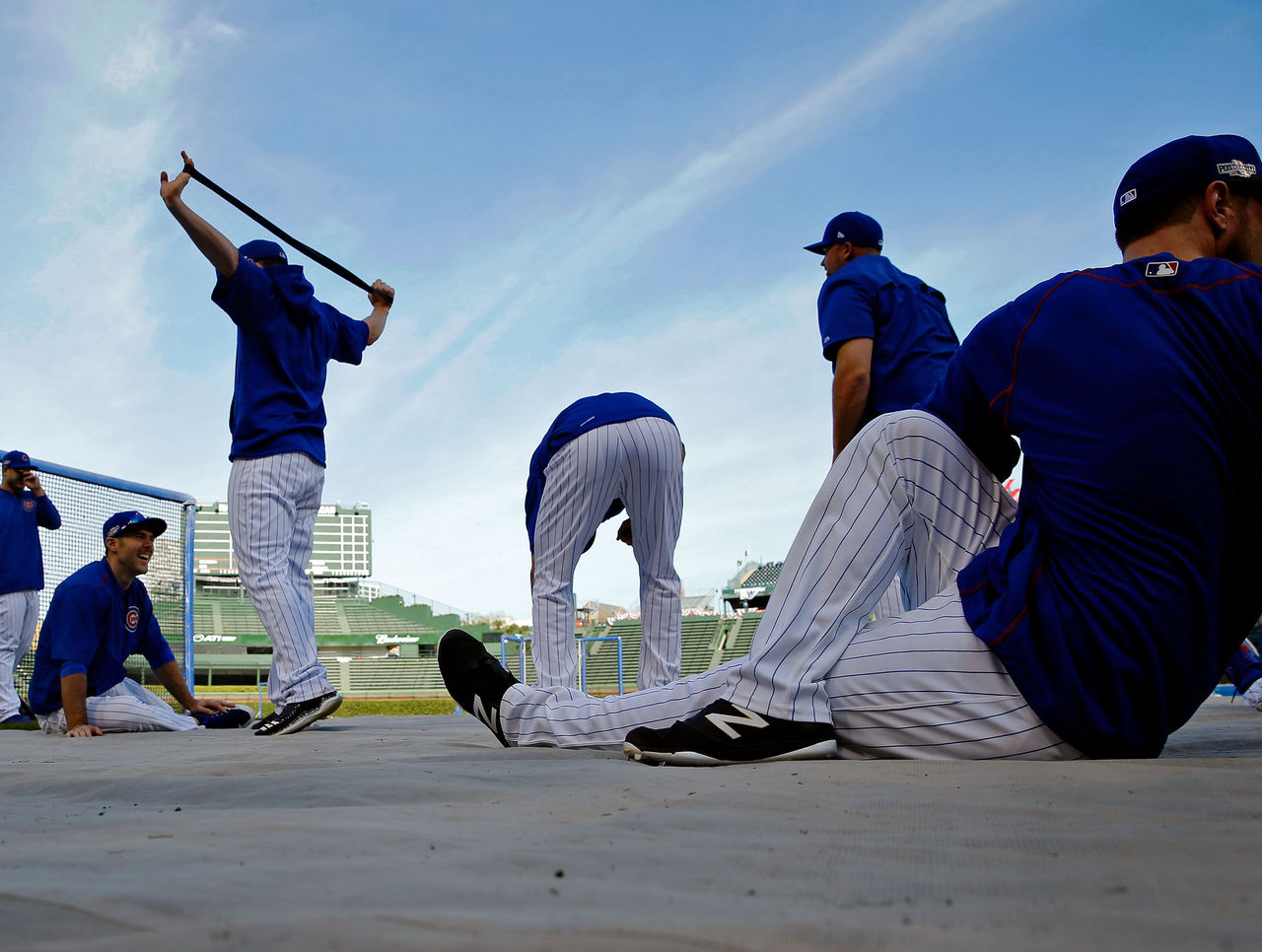 The Chicago Cubs and Indians get to see each other during workouts at Progressive Field, a day before Cleveland hosts Game 1 of the World Series.

Corey Kluber is set to pitch the opener for the Indians – he started both games Cleveland played vs. the Cubs in spring training, giving up one run in eight innings. Cubs manager Joe Maddon hasn’t yet announced his starter.

A look at what’s happening all around the majors Monday:

The Indians will see how second baseman Jason Kipnis is feeling as he recovers from a sprained left ankle. He was hurt last Wednesday as he celebrated with teammate Francisco Lindor after the final out of the AL Championship Series in Toronto. Manager Terry Francona says he expects Kipnis will be OK to play in Game 1.

Cubs slugger Kyle Schwarber could play for the Mesa Solar Sox in the Arizona Fall League, continuing his comeback from a knee injury that sidelined him most of this year. He hit a team-record five homers in nine playoff games last season. The Cubs could put him on their World Series roster. If healthy, the 23-year-old would be an imposing lefty-swinging DH against the Indians’ righty-dominant pitching staff.

The Indians are deciding whether injured starter Danny Salazar can pitch against the Cubs. The All-Star righty hasn’t thrown in a game since Sept. 9 because of forearm tightness but he’s made major progress in the past week. The 26-year-old was 11-6 with a 3.87 ERA, striking out 161 in 137 1/3 innings. He threw from the mound Sunday during a workout in Cleveland.