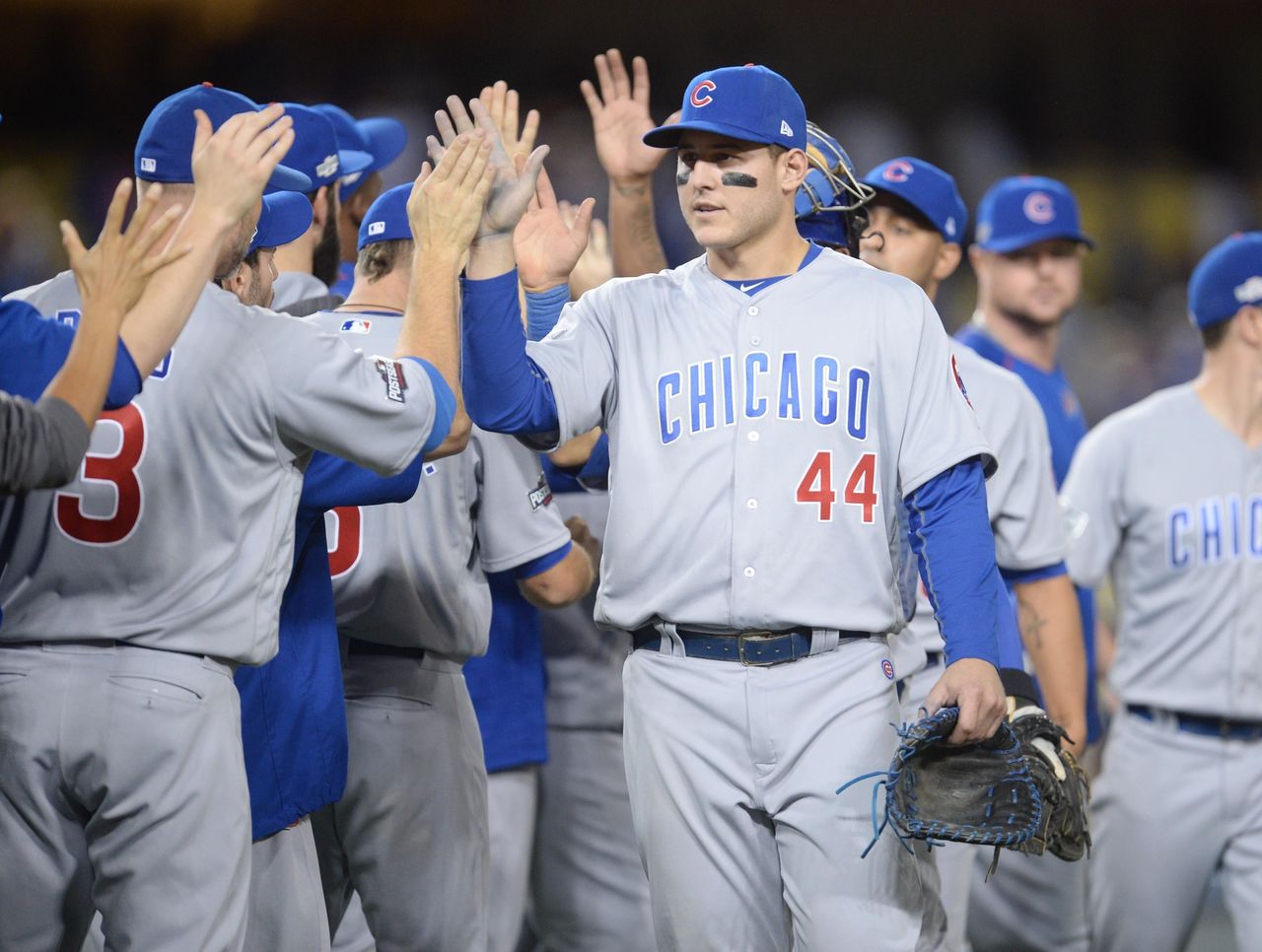 LOS ANGELES – Anthony Rizzo, Addison Russell, and the rest of the Chicago Cubs’ bats broke out in a big way.

Rizzo homered and ended a postseason slump with three RBIs, Russell’s two-run drive highlighted a four-run fourth that stopped Chicago’s 21-inning scoreless streak, and the Cubs routed the Los Angeles Dodgers 10-2 on Wednesday to even the NL Championship Series at 2-all.

Kenta Maeda is set to start for the Dodgers in Game 5 on Thursday against Jon Lester. Before the game, manager Dave Roberts said he would not use Clayton Kershaw on short rest after the Los Angeles ace threw a bullpen session Wednesday.

Chicago ensured the NLCS will return to Wrigley Field for Game 6 Saturday.

To break out of his prolonged slump, Rizzo used teammate Matt Szczur’s bat.

Following consecutive shutout losses, the Cubs rapped out 13 hits on an 80-degree night with the warm Santa Ana winds fluttering the flags in center field.

Following consecutive shutout losses, the Cubs rapped out 13 hits on an 80-degree night with the warm Santa Ana winds fluttering the flags in center field.

Rizzo and Russell had three hits each. Chicago’s 3-4-5 hitters – a combined 2 for 32 in the first three games – busted out. Every Cubs starter got at least one hit except Kris Bryant, who walked twice.

”Today was a must-win for us,” Ben Zobrist said.

Los Angeles was limited to six hits and made four errors in a game that dragged on for 3 hours, 58 minutes.