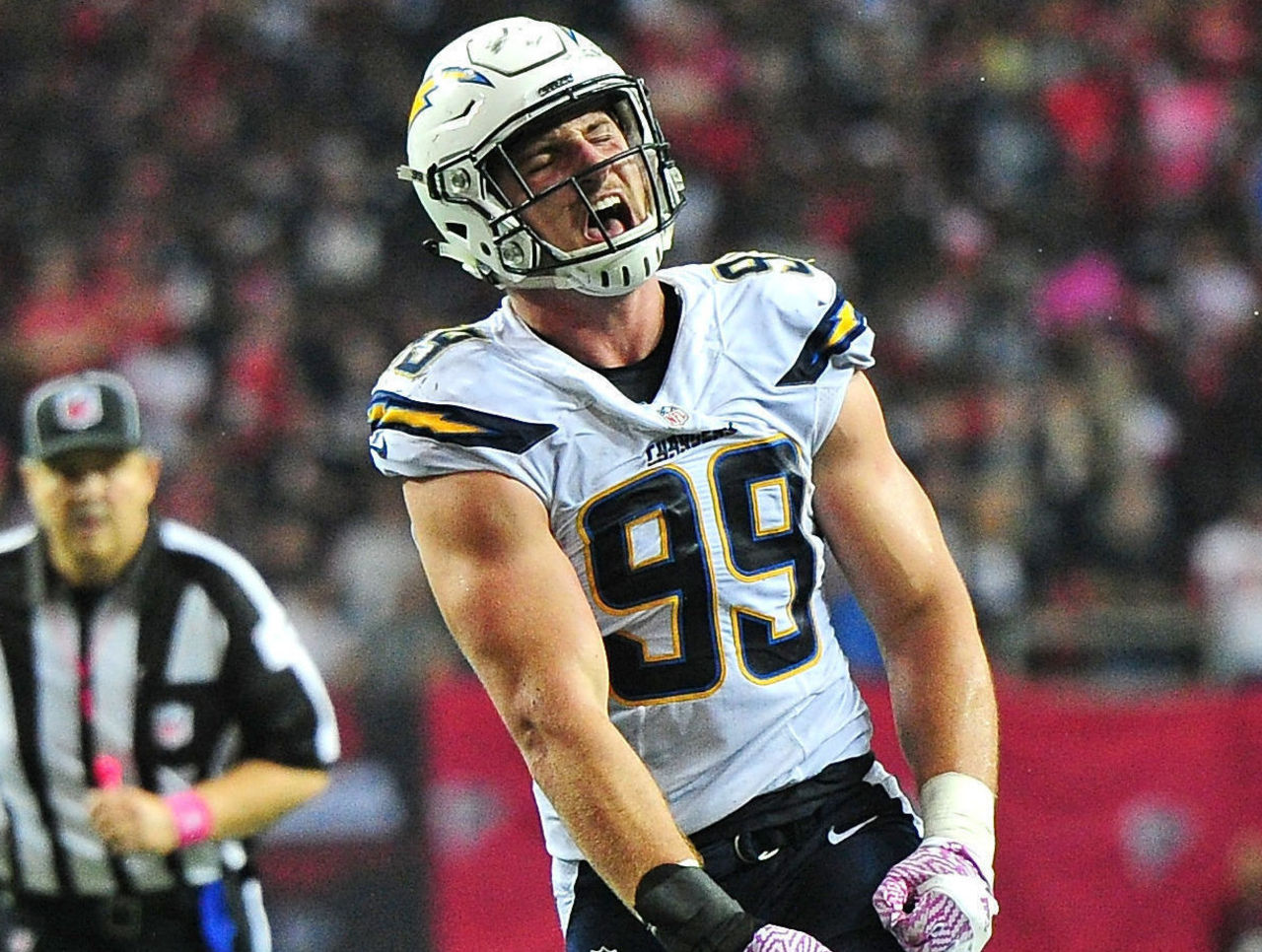 Joey Bosa is already well on his way to earning Defensive Rookie of the Year consideration, despite missing the first four games of the season with a hamstring issue.

The San Diego Chargers first-round pass-rusher enters Week 8 having racked up four sacks across just three appearances, and he’s attributing much of the early success to a monitored workload.

“I look back at Ohio State and I see I wasn’t flying around as much as I should have been,” Bosa said, according to Tom Krasovic of The San Diego Union-Tribune. “But it has partly to do with the fact that I was playing 80 plays (per game) almost.”

Much like a starting pitcher in baseball, a defensive lineman asked to play every snap – and particularly one still transitioning to the professional ranks – will have to focus on sustaining his energy level to remain effective throughout a given game.

With a lesser workload, Bosa believes he’s been able to give it all he has more often than not.

“During the game, I think, I definitely have better wind and I’m giving 100 percent more on every single play,” he said.

The Chargers defense has taken some significant steps forward since the highly touted rookie made his long-awaited debut in Week 5, and it’s reasonable to expect that trend to continue as he gets more comfortable.

Bosa will look to add to his already impressive sack total when the Chargers look to sweep the season series with the division-rival Denver Broncos on Sunday.