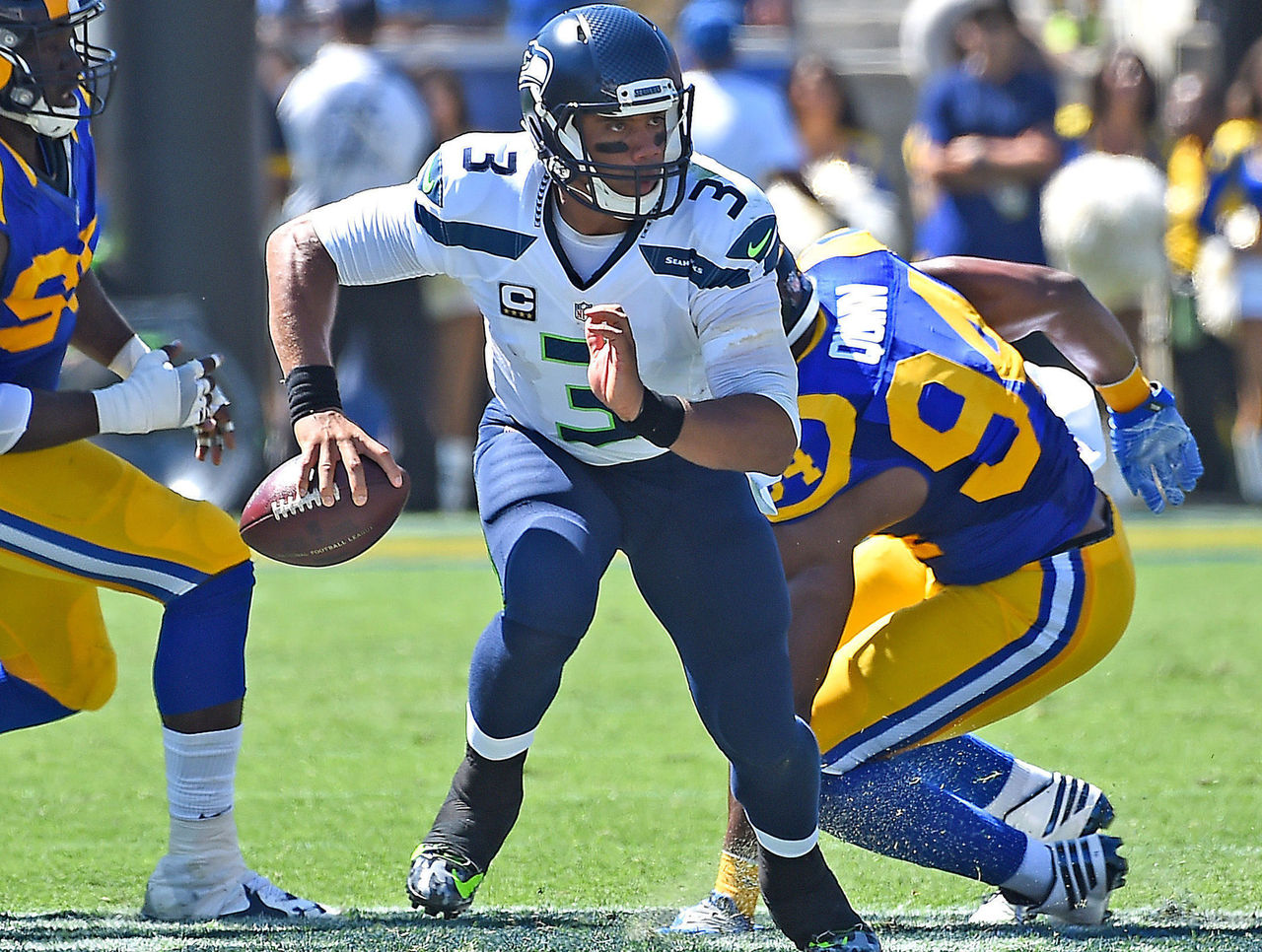 So far this season, Russell Wilson has not been able to play his complete game.

An ankle injury and a sprained MCL have limited the Seattle Seahawks quarterback’s signature mobility. A season after running for 553 yards – nearly a quarter of the Seahawks’ total rushing yards – Wilson has produced just 28 yards in five games.

But after having the bye week to rest, head coach Pete Carroll thinks Wilson “looks great” and is close to his old self.

“The threat that he poses is always a threat and has always been a threat in our running game,” Carroll said of Wilson, according to Gregg Bell of The News Tribune. “You know, he’s averaging 1 yard a carry right now. That’s not the guy we know.

“So, as he comes back to full speed and can be the factor, it affects everything.”

With Wilson’s injury, the Seahawks have moved away from their philosophy, throwing 142 times to 113 rushes.

“Most of all, we just have to keep going, keep hammering,” Carroll said. “We are really excited to keep hammering the football and get back to the numbers and the balance that we want.”