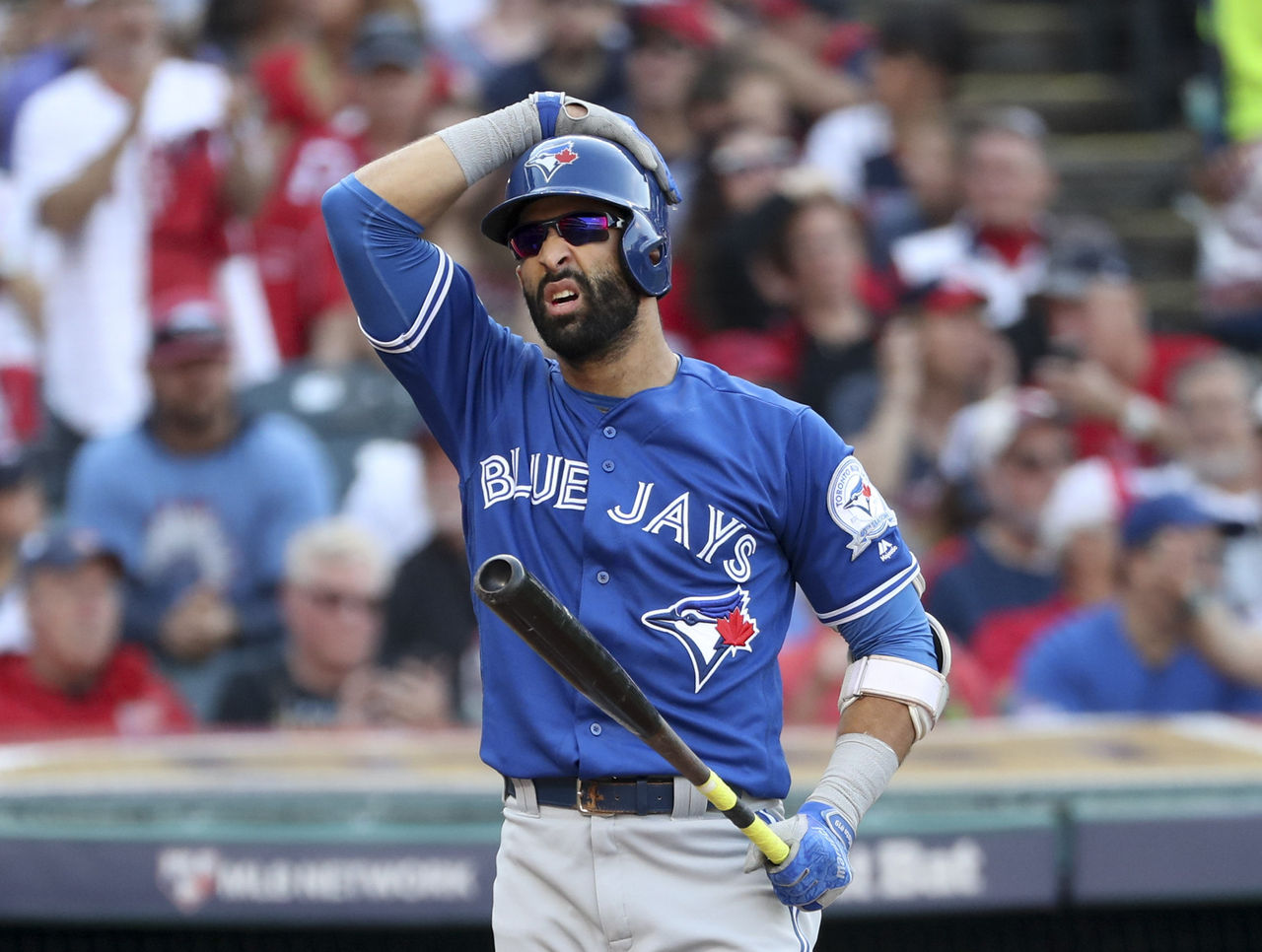 Toronto’s meaty lineup loaded with power hitters scored just one run in the first two games of the AL Championship Series, a stunning turn for a team that blasted baseballs against Texas.

The Blue Jays managed just three hits in Saturday’s 2-1 loss to the Cleveland Indians, who took a 2-0 lead as the series shifts to Canada.

“Everyone in this room is confident that we can get it done,” Blue Jays third baseman Josh Donaldson said. “We’re not out of it. I still believe we can do it.”

After hitting eight homers and scoring 22 runs in their Division Series sweep of the Rangers, Toronto entered the ALCS as a well-oiled machine.

It’s only thrown parts so far, and the Blue Jays are down 0-2 in the ALCS for the second straight year.

Jose Bautista, the aforementioned Mr. Bats, is 0 for 6 with five strikeouts and has yet to put the ball in play. Russell Martin is 1 for 7 and has missed a couple chances to drive in runs. Edwin Encarnacion has grumbled about the strike zone, and the Blue Jays are batting .159 with just two extra-base hits and 25 strikeouts.

Cleveland’s pitching, especially lights-out lefty reliever Andrew Miller, has had something to do with Toronto’s offensive malaise.

”We’ve pitched well, they’ve pitched well,” said Donaldson, who has continued his torrid October and has three of Toronto’s 10 hits. ”They’ve just scored more runs than we have. We’re going to get the last at-bat now and we feel confident about it.”

Maybe going home will help the Blue Jays, who went 46-35 at the rocking Rogers Centre and drew an AL-high 3.4 million fans in the regular season.

“Having home-field advantage is good – and we’re going to need it,” said left-hander J.A. Happ, who took the loss in Game 2, allowing two runs in five innings. “Hopefully, we can feed off the fans.”

The Blue Jays won their only home game in the ALDS, beating Texas 7-6 in 10 innings on Oct. 9, when Donaldson dashed home with the winning run.

Cleveland’s players know they’re heading into one of the game’s most hostile home environments.

“It’s hockey fans and I mean that in the best way because I’m a hockey fan too,” said Indians second baseman Jason Kipnis, a die-hard Chicago Blackhawks fan. “They’re intense. They stand up for most of the entire game and they’re always into it, rallying their team.”