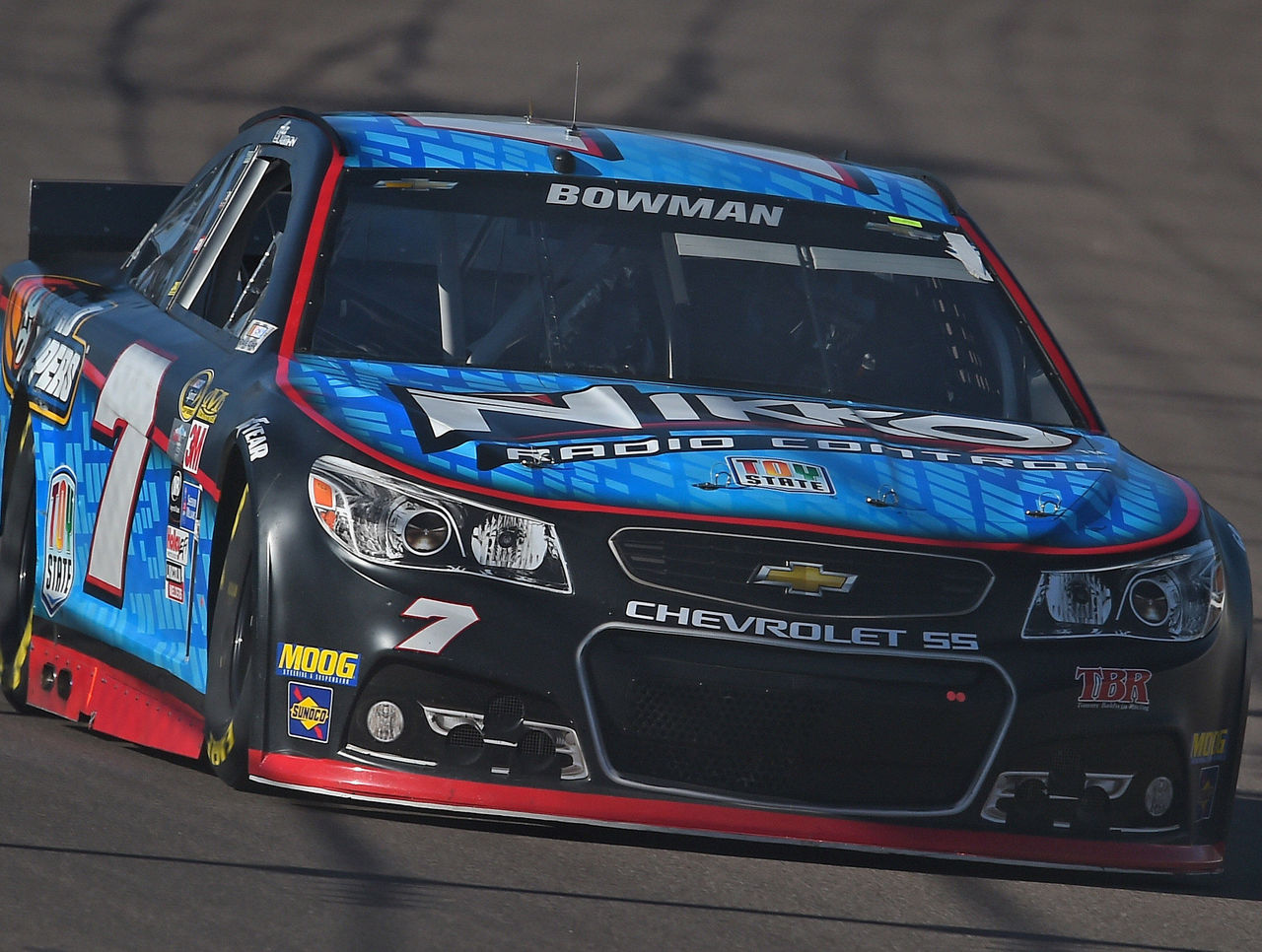 CONCORD, N.C. – Alex Bowman believes Dale Earnhardt Jr. helped his racing career once already when he gave him a handful of starts with JR Motorsports. Now sidelined for the year with a concussion, Earnhardt also helped Bowman by recommending him as a replacement driver at Hendrick Motorsports.

”Dale Earnhardt Jr. saved my career two years ago when he gave me that chance in the Xfinity car,” Bowman said. ”Without him saying, `Hey put Alex in it,’ I don’t think that Hendrick Motorsports really would have thought of me (for Earnhardt’s replacement.)”

Earnhardt’s time on the sideline has given Bowman a shot to shine in spectacular equipment.

He was 10th at Chicago in Earnhardt’s car, and 14th two weeks ago at New Hampshire. Now he’ll start a career-best second on Sunday at Charlotte Motor Speedway, where rain and wind from Hurricane Matthew have postponed the race originally scheduled for Saturday night.

Bowman has no problems waiting an extra day.

He had no Sprint Cup plans whatsoever this season until Earnhardt got injured. Now he’s splitting Earnhardt’s car with Jeff Gordon. What was thought to be a one-race substitution has turned into 10 races with one of the top organizations in NASCAR.

Bowman has gone from the backside of the garage to the penthouse suite, where he has access to the best tools, technology and teammates.

”Nobody on the Cup side really knew who I was until I out-qualified Dale Jr. at Richmond two years ago and he gave me a shot in his Xfinity car. I did something I wasn’t supposed to do in the car that I was driving and opened one person’s eye that I got an Xfinity ride from. You are definitely viewed differently depending on what you drive and what you do with it.”

Bowman drove for BK Racing in 2014 and Tommy Baldwin Racing last year, with zero success. Although he completed more than 90 percent of the laps each year, he was a backmarker.

It was catching Earnhardt’s eye that has led to any opportunities for Bowman, but he readily admits he doesn’t know how long this will last.

There are no top Cup rides available, and the best rides in the Xfinity Series or Truck Series go to development drivers and usually require sponsorship dollars.

Bowman would love to drive a fourth Xfinity car for JR Motorsports next year but doesn’t think that will happen.

”Unfortunately the chips didn’t line up in my favor, so I don’t really know what’s going on,” he said. ”These races left that we have may be the rest of my Cup career. You never really know what the future holds. Not having anything set in stone, the one thing I said I was going to do throughout all these races was to make the most of it and to have the most fun I possibly could.

”I’m not going to let the pressure kill me.”

Although Bowman is only 23, Rick Hendrick has already cast his lot with 18-year-old William Byron, who will be the Hendrick development driver in the full-time Xfinity Series car for JR Motorsports next season.

”He’s their development guy,” Bowman said. ”I would like to think that hopefully I’m that (next) guy, but we’ll just kind of have to wait and see. You never know what is going to happen in the next couple of years and who is going to decide to do what.”