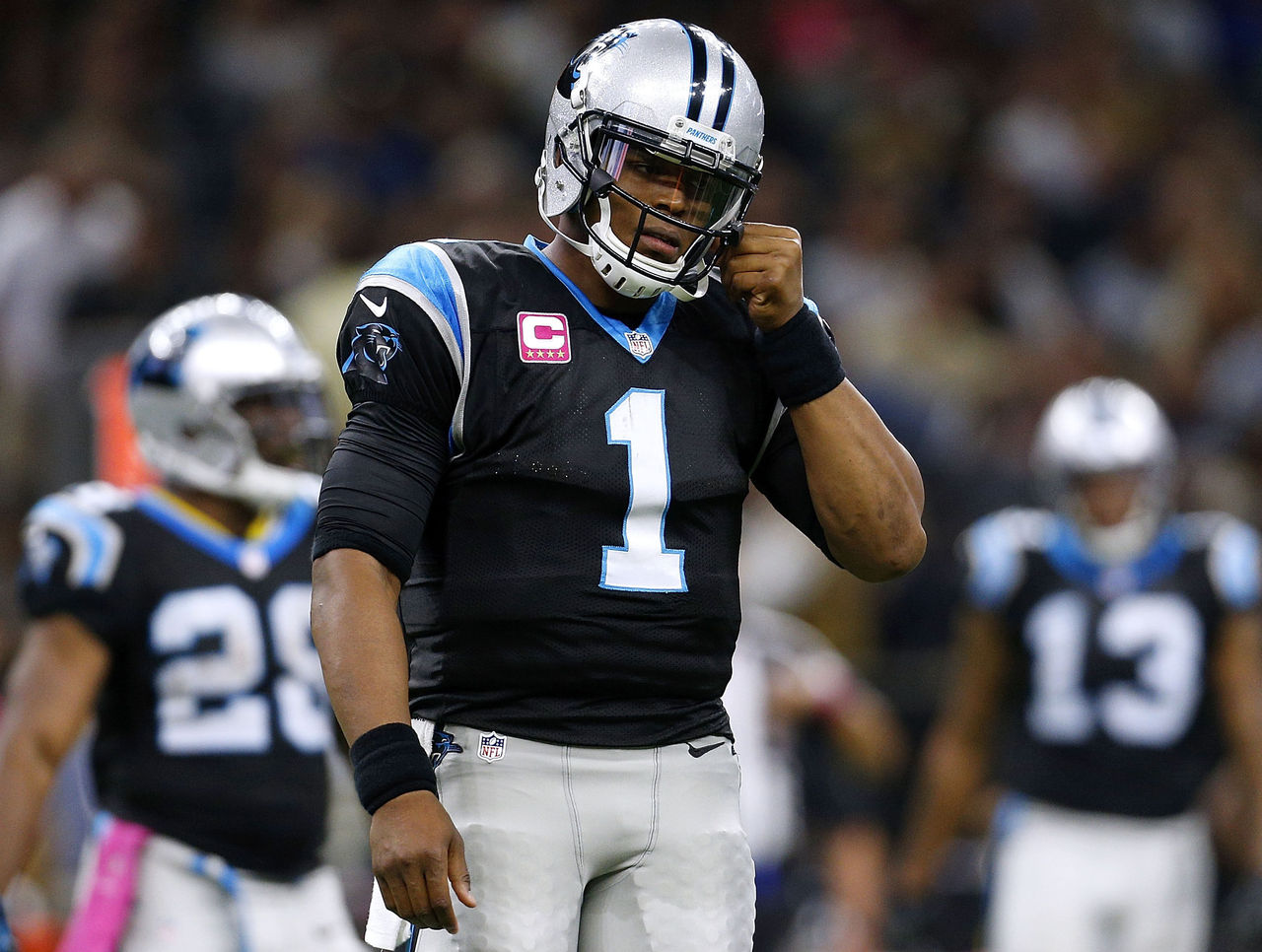 3-Wide is a weekly feature in which theScore’s NFL editors debate hot topics around the league. Grab a cold towel and brace for hot takes

Will the Panthers rebound to make the playoffs?

Joe Thomson: The Panthers are capable of reeling off multi-game win streaks at any point, as evidenced by their runs over the past three seasons. The Falcons are susceptible to collapse, so the Panthers have a good chance to win the NFC South if they take care of business in the division.

Mitch Sanderson: No chance. The secondary – which was a strength last season – is now trash. Cam Newton isn’t the same bubbly, happy-go-lucky leader he was last year, either. The Falcons have a strong grip on the NFC South, and it’s likely going to take at least 10 wins to make the wild card. That means the Panthers can likely afford one more loss, with the Cardinals, Chiefs, Seahawks, and Falcons left to play.

Arun Srinivasan: In the midst of a four-game losing streak, the Panthers are practically resigned to their own perilous fate. The secondary has more holes than a Louis Sachar novel, while Greg Olsen is the only offensive player making meaningful contributions. Carolina now faces an impossible task, and with Atlanta looking like the new offensive juggernaut in the NFC, a miraculous surge seems unlikely.

Which starting QB will be benched next?

Srinivasan: Case Keenum is clearly a stop-gap option for the Rams, biding his time as the starter until first-overall pick Jared Goff is ready. Keenum’s been competent, if unspectacular, with seven touchdowns against six interceptions, but should he struggle moving forward, the Rams may be inclined to give Goff (or backup Sean Mannion) the starting gig.

Thomson: The Jets’ quarterback situation still feels fluid to me. I think Geno Smith will be benched at some point in the next few weeks, once it becomes clear he’s still not a starting-caliber quarterback. Whether they go back to Ryan Fitzpatrick, or turn to one of their other QBs, remains to be seen.

Sanderson: Colin Kaepernick didn’t do much to secure his starting job in his 2016 debut against the Buffalo Bills. That being said, Chip Kelly can’t go back and forth starting a different guy each week, and regardless, the 49ers are – and will be – very bad. The slimmed-down Kaepernick isn’t a good fit for Kelly’s system, and the coach will eventually feel comfortable giving up and moving back to Blaine Gabbert, or to Christian Ponder.

Who is the favorite to win the AFC North?

Sanderson: With Landry Jones leading the Steelers – who have just a one-game division lead – their Super Bowl hopes are in danger, along with their division-title prospects. The Ravens have an outstanding defense, which has typically been key in the division, and a good enough offense to score points. While the Bengals definitely seem off, the Ravens look ready for their first division crown since 2012.

Srinivasan: Ben Roethlisberger is out for an extended period, but the Steelers remain clear favorites. Landry Jones is no one’s idea of a capable starter, but most teams don’t have the NFL’s most versatile running back in Le’Veon Bell, the premier wide receiver in Antonio Brown, and a top-tier offensive line. Holding a one-game lead over the Ravens, the Steelers will weather the storm just fine, and their status as divisional favorites shouldn’t change.

Thomson: The Steelers will be without Roethlisberger indefinitely, so it’s time for the Bengals to make a move. They have four winnable games ahead, with the Browns, Redskins, Giants, and Bills on the schedule. Three of those games are at home, so there’s no reason the Bengals can’t turn 2-4 into 6-4 in a hurry. After that, they have four division games on the schedule and could easily take over top spot in the division.