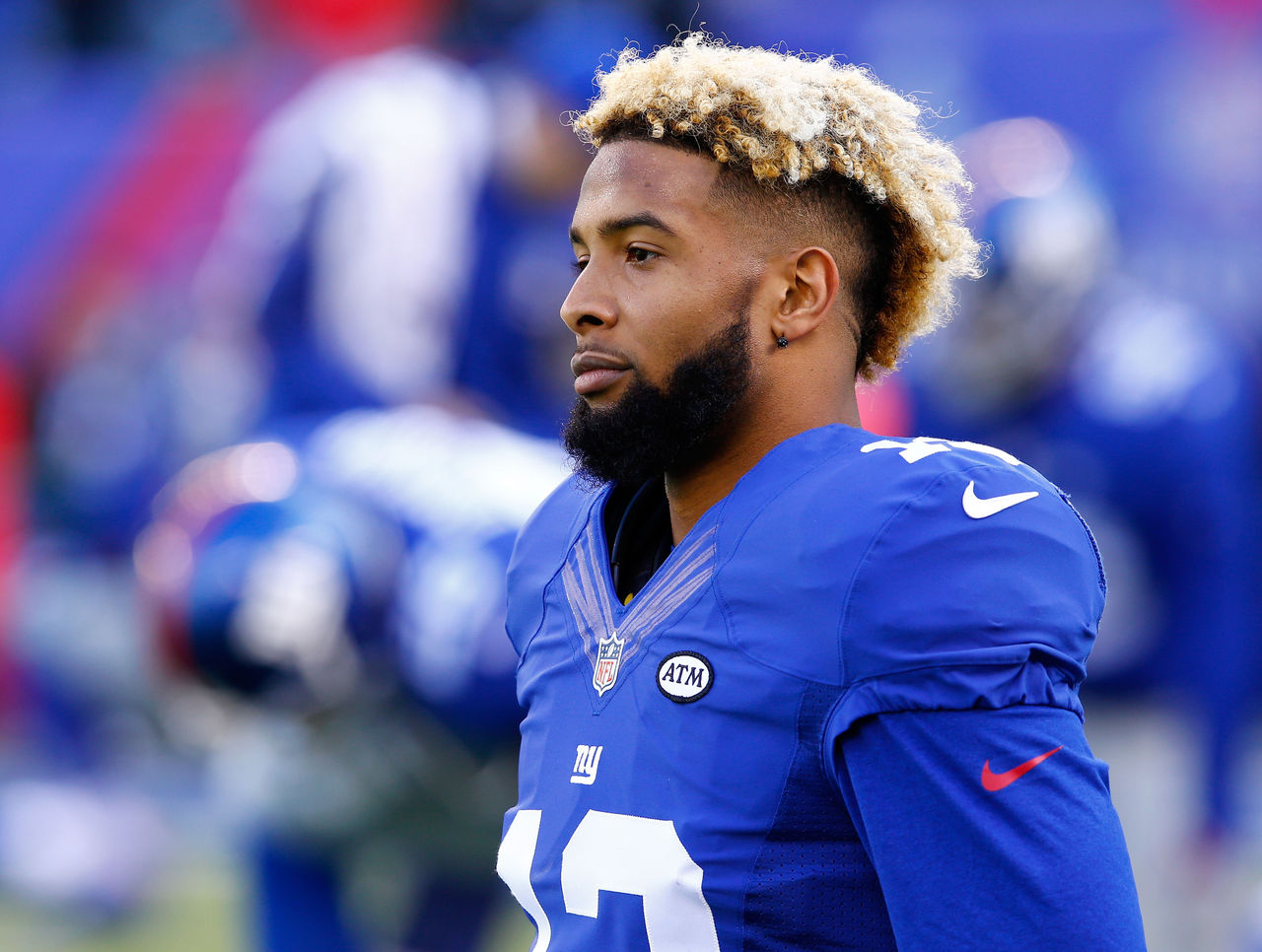 Arun Srinivasan: Nothing. Beckham is one of the most flamboyant players in a league that often attempts to stifle individuality and creativity. While he’s thrown a few sideline temper tantrums, it puts him in a long list of talented, short-fused wide receivers that permeated the NFL for years. Even by his own exacting standards, Beckham is still on pace for over 1,200 yards and the coded critiques of him will cease as soon as he gets his first touchdown.

Joe Thomson: He’s succumbed to the pressure his own genius has created. Just kidding. He’s spoiled, selfish, and immature.

Mitch Sanderson: Beckham’s made it pretty obvious that he wears his emotions on his sleeve and won’t back down from any one. Everybody knows it and their using it against him – as they should. When Xavier Rhodes took a couple late hits on him Monday night, the Vikings corner was well aware that the potential penalties (which weren’t called) would totally be worth the reaction he’d get out of Beckham.

Are the Broncos better than last year?

Thomson: They haven’t taken a step back but through four weeks it’s hard to know if they’re actually better than the the team that won the Super Bowl in 2015. Sadly, a Week 15 showdown with the Patriots is the first real litmus test on the Broncos’ schedule so we’ll have to wait to anoint this team as better or worse.

Sanderson: Oddly, the loss of Peyton Manning has made the Broncos’ offense much better. C.J. Anderson now has the confidence to be the lead back in Gary Kubiak’s offense. With the lights-out defense the Broncos put on the field every week, a game manager like Trevor Siemian is a better fit than Manning trying to prove he can still do it. So yeah, they’re better.

Srinivasan: Yes, and it’s a scary proposition for the rest of the league. Von Miller is the presumptive Defensive Player of the Year favorite and it’s quite possible that Aqib Talib and Chris Harris are the two best cornerbacks in the league at the moment. Trevor Siemian exceeded all expectations to date, C.J. Anderson is leading a robust running game, while the pair of Demaryius Thomas and Emmanuel Sanders are giving their opponents fits. Denver is the team to beat, and may be the strongest defending champions in years.

Which undefeated team will lose first?

Sanderson: The Broncos have been highly impressive through four games, but their opponents have been questionable. A Week 1 defeat of the Panthers looks only so-so in retrospect, the Colts have been totally dependent on Andrew Luck, and the Bucs have posted the league’s worst scoring defense. With games against the high-flying Falcons and Texans, led by revenge-seeking Brock Osweiler, upcoming, the Broncos are vulnerable to take a loss soon.

Srinivasan: The Eagles will be the first team to lose first, dropping a decision on Oct. 16 against the Washington Redskins. Carson Wentz took the league by storm, but eventually, he’ll come back crashing down to earth as all rookies tend to do. Washington beat Philadelphia in both games last year, and it will look to continue its divisional superiority.

Thomson: The Vikings are in tough against the the Texans this week and could very well drop their first game, but if it doesn’t happen in Week 5, the Vikings and Eagles face off in Week 7 so one of them will have a loss on their record before October’s finished.