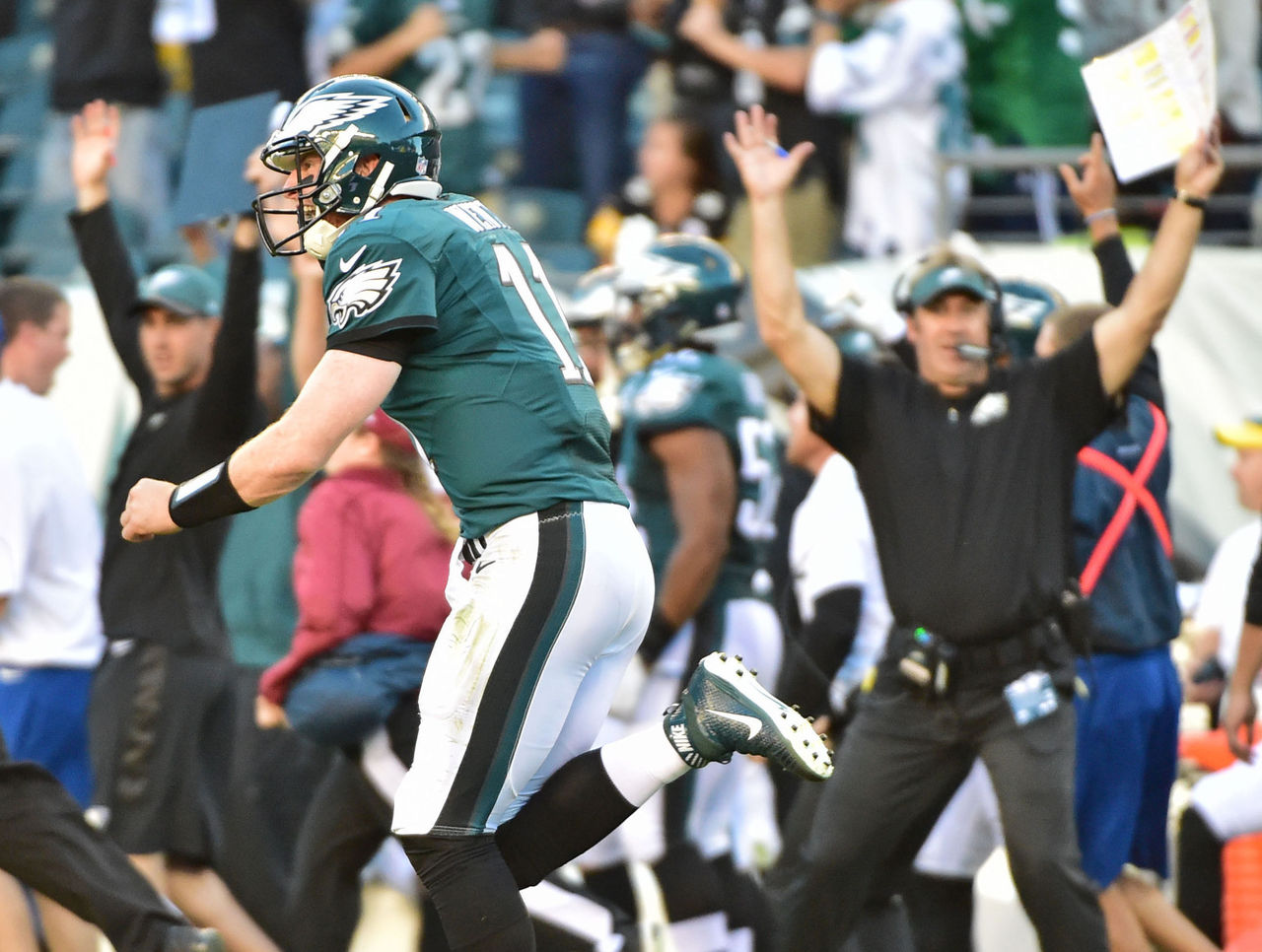 Coming off two straight losses, the Philadelphia Eagles don’t appear to be likely candidates to hand the Minnesota Vikings their first loss of the season.

The Vikings, the NFL’s lone undefeated team, have steamrolled their previous three opponents, outscoring them 77-33, with their defense looking especially dominant.

But don’t write off Philadelphia just yet.

The Vikings are rightfully favorites, but the Eagles could be their toughest test to date.

Unsurprisingly, Denver Broncos star linebacker Von Miller is the top-ranked edge player this season by Pro Football Focus. But what is surprising is that Eagles defensive end Brandon Graham is second.

Graham’s sack numbers aren’t eye-popping – three in five games – but he’s been a constant menace in opponents’ backfield. He’s in line for a breakout game, and the Vikings’ injury-hit offensive line presents the ideal opportunity.

Injuries have forced the Vikings to start T.J. Clemmings and Jeremiah Sirles at left and right tackle, respectively. Minnesota are so desperate for bodies at the tackle spots they’ve also added former No. 1 overall pick Jake Long, who is a shell of his former self due to a series of injuries.

In short, this is the matchup the Eagles can exploit.

Clemmings has looked overmatched in pass protection, and Graham should spend most of Sunday in Sam Bradford’s face if he gets enough snaps against the left tackle. Along with defensive tackle Fletcher Cox – who leads the team in sacks – and defensive end Connor Barwin, the Eagles should be able to generate enough pressure to throw off the Vikings’ passing game.

Part of the reason the Vikings are still undefeated is the defense’s ability to generate turnovers, as they lead the league in takeaways with 12.

But it won’t be quite as easy for the Viking to force the Eagles into mistakes as it was with their first five opponents. Not a single team the Vikings played in the first five games of the season has a positive turnover differential.

The Eagles, however, have the third-best turnover differential (the Vikings are first). Even with a rookie quarterback in Carson Wentz, the Eagles have turned over the ball just twice in five games with just one interception and one fumble.

Minnesota’s defense is a different beast to the units Wentz and company have faced so far, but the offense has shown its ability to put up points (27 per game, fourth-best in the league) while still limiting turnovers.

If the Vikings can’t give their limited offense good field position via turnovers, it’s hard to see them putting up enough points to stay with the Eagles.

Vikings’ non-existent run game has to catch up to them

Without Adrian Peterson, the Vikings’ running game has fallen off a cliff. In fairness, even before losing Peterson the team was struggling to run the football. For some reason, what was once the Vikings’ main strength has become their Achilles’ heel.

After five games, the Vikings rank dead last in rushing yards per game (70.6) and yards per carry (2.5). While this hasn’t been an issue up until now, with the passing game and defense able to carry the team, the Eagles’ fourth-ranked pass defense is strong enough that the Vikings can’t be one-dimensional on offense.

The Eagles have the personnel to stop the passing attack and should have nothing to fear from the ground game. If Philadelphia can find an early lead, Minnesota’s offense could be exposed.