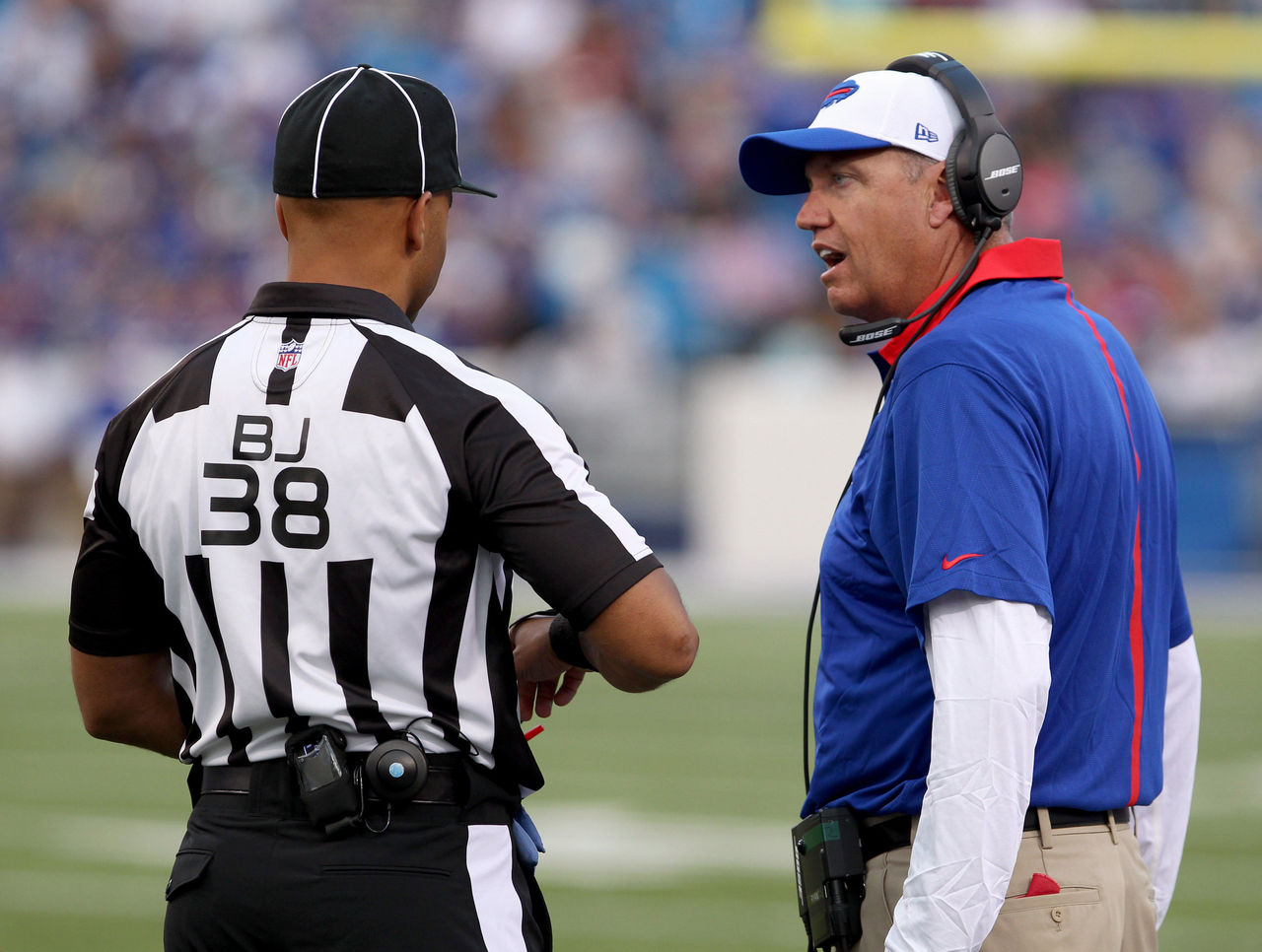 The Week 3 Warmup takes an in-depth look ahead at the most intriguing storylines to preview the NFL’s weekend slate of games.

The Bills are looking for a spark after parting ways with offensive coordinator Greg Roman just two games into the season. While a change in philosophy could lead to better results when it comes to moving the ball, that’s unlikely to impact the win column any time soon. Buffalo hosts the Arizona Cardinals this week before heading to New England for a matchup with the Patriots in Week 4. Who does Rex Ryan fire if his team starts 0-4?

One of the most intriguing games of the 2016 campaign to this point sees the Philadelphia Eagles host the Pittsburgh Steelers in a late afternoon tilt Sunday. A Steelers defense back on the rise finally provides Carson Wentz with his first difficult opponent after two favorable games to open the season. The hype train will be full steam ahead if the first-round rookie can enjoy similar success and lead the Eagles to a 3-0 mark few would have expected heading in.

Vikings put to the test

Sam Bradford’s impressive debut eased concerns as to whether the Vikings can make good on their potential for a deep playoff run without Teddy Bridgewater. But with Adrian Peterson now forced to the sideline for an extended stretch following a knee injury of his own, the offense is facing a whole new set of questions. A road matchup with a still-dominant Carolina Panthers defense won’t make things easy.

Oh, you hadn’t heard? The first installment of what will now be a bi-annual rivalry is on tap for Sunday afternoon. Both Beckham and Norman will presumably keep their tempers under control this time around, but this is still one of the NFL’s best possible individual matchups in terms of skill. For reference, Beckham hauled in six receptions for 76 yards and a touchdown in last year’s slugfest.

This is an interesting battle not for elite talents going head-to-head, but rather for the potential it has to send this game in an unexpected direction. Seattle’s offensive line is a disaster. And that’s putting it nicely. Don’t be surprised if a strong 49ers front controls the line of scrimmage throughout, further raising concerns about Seattle’s offense.

Glaring weaknesses elsewhere on the roster once again have the Colts relying exclusively on the passing game to remain competitive. With a budding superstar corner in Verrett, the Chargers will have the opportunity to take away Andrew Luck’s top target and thus make such an effort all the more difficult. An injury to Donte Moncrief means that Hilton will have to overcome the tough matchup and make his share of plays.

Seattle is a tough place to play, that we know. But this team’s problems aren’t going to solve themselves just because it’s been a Super Bowl contender for several years running. Chip Kelly’s offense will put just enough points on the board to outscore a Seahawks offense that can’t do anything right early in the season.

OK, so maybe it’s a bit of a cop out to pick Enunwa after consecutive strong games to open the year. But the potential for a true breakout is there this week against Kansas City. The third-year wideout will step in as the No. 2 target if Brandon Marshall is unable to play through his knee injury, and Eric Decker presumably drawing Marcus Peters in coverage would have him poised to feast on the rest of the Chiefs’ secondary.