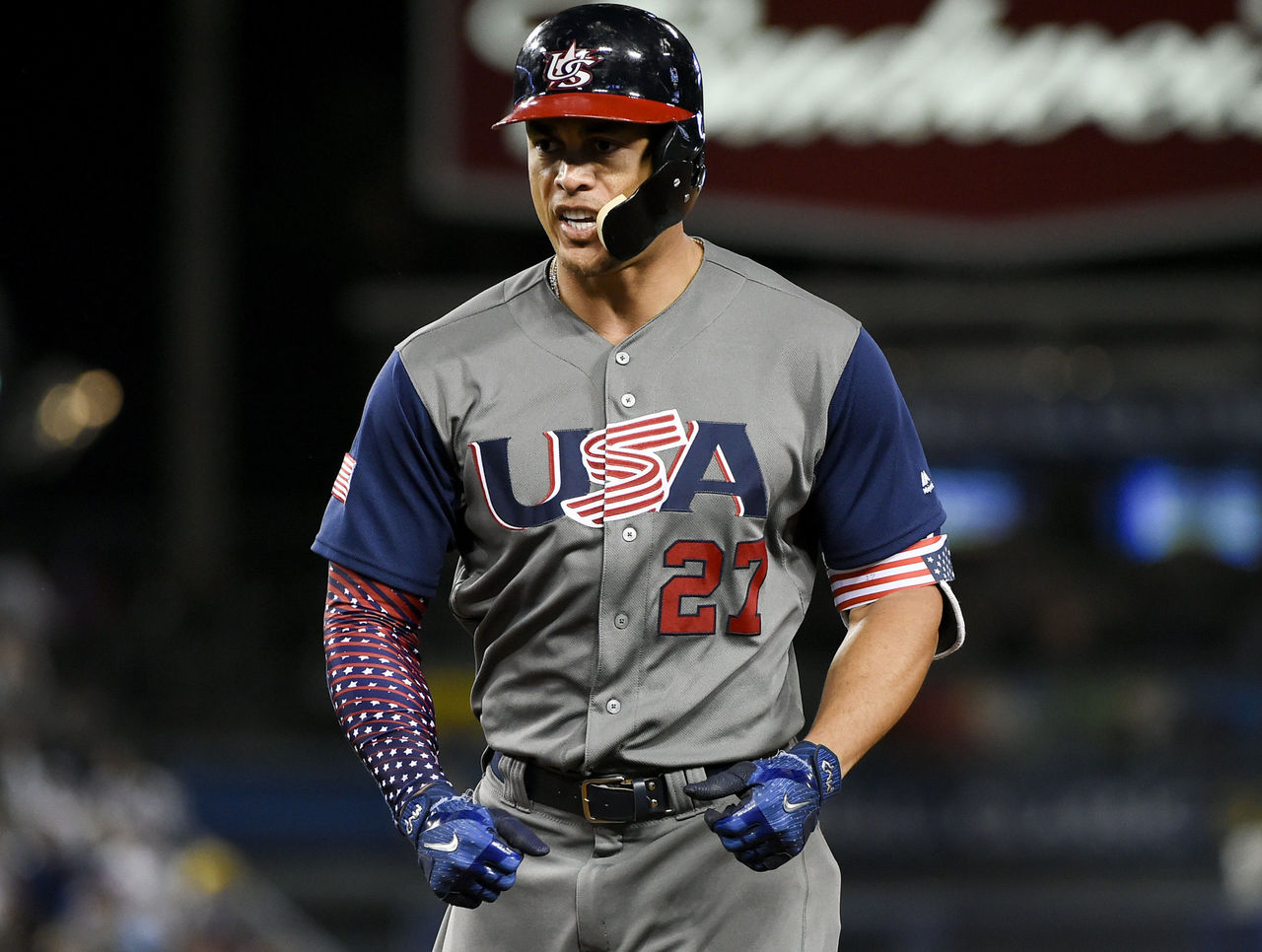 JUPITER, Fla. – For slugger Giancarlo Stanton, the World Baseball Classic gave him a feeling he’d never experienced but wants to feel again in about six months.

The tournament, which concluded with Team USA winning the gold medal on Wednesday, is the closest Stanton’s come to playing postseason baseball.

“For me it was not watching a playoff game on TV, for once,” Stanton said.

Over the past three weeks, he learned what it’s like to play in games where every pitch could determine a team’s fate.

“It’s more of a do-or-die feeling every game,” Stanton said. “Having that competition level with the do-or-die was pretty cool.”

Stanton and teammate Christian Yelich, both key members of Team USA, couldn’t stop smiling while talking about the experience of becoming the first American team to win the WBC.

Now comes the calm before the grind.

It will be a while before Yelich and Stanton play in front of the more than 50,000 fans that attended their final game victory over Puerto Rico. The combined crowds for the final seven games of their Grapefruit League schedule may not match that total.

“Obviously a Grapefruit League game atmosphere is not going to be like the championship game in the World Baseball Classic,” Yelich said. “You still have to make sure that you are preparing yourself and getting ready with your team for opening day, which is coming up fast. You won’t want to let that sneak up on you.”

For Yelich, the days leading up to the Marlins’ April 3 opener at Washington are about maintaining the level that allowed him to hit .310 and earn WBC all-tournament recognition.

“My process was kind of accelerated a little bit because now is the time you start ramping up innings and playing back-to-back days and going long distances,” Yelich said. “Obviously, playing nine innings for a few days in a row in that kind of atmosphere you kind of accelerated that.”

Stanton didn’t enjoy the same success as Yelich, averaging .227 with 10 strikeouts, but the slugger did have a signature moment when he bashed a two-run homer off the Western Metal Supply building in San Diego to give the USA a lead over the Dominican Republic it wouldn’t relinquish.

To Stanton, the blast showed he’s closing in on regular season form.

“I think I’m perfect for a week left. I can get three to four at-bats per game coming up and I think I’ll be fine,” Stanton said. “I DH’ed a lot, so being out in the outfield will be good for me.”

The players arrived back in South Florida from Los Angeles late Thursday night, Yelich flying with his gold medal in the zipped pocket of his sweat pants.

“It was cool man,” Yelich said. “People in the airports and stuff come up to you and they’re like, ‘Thank you for representing the United States in a positive way.’ You just didn’t realize how many people cared about it.”