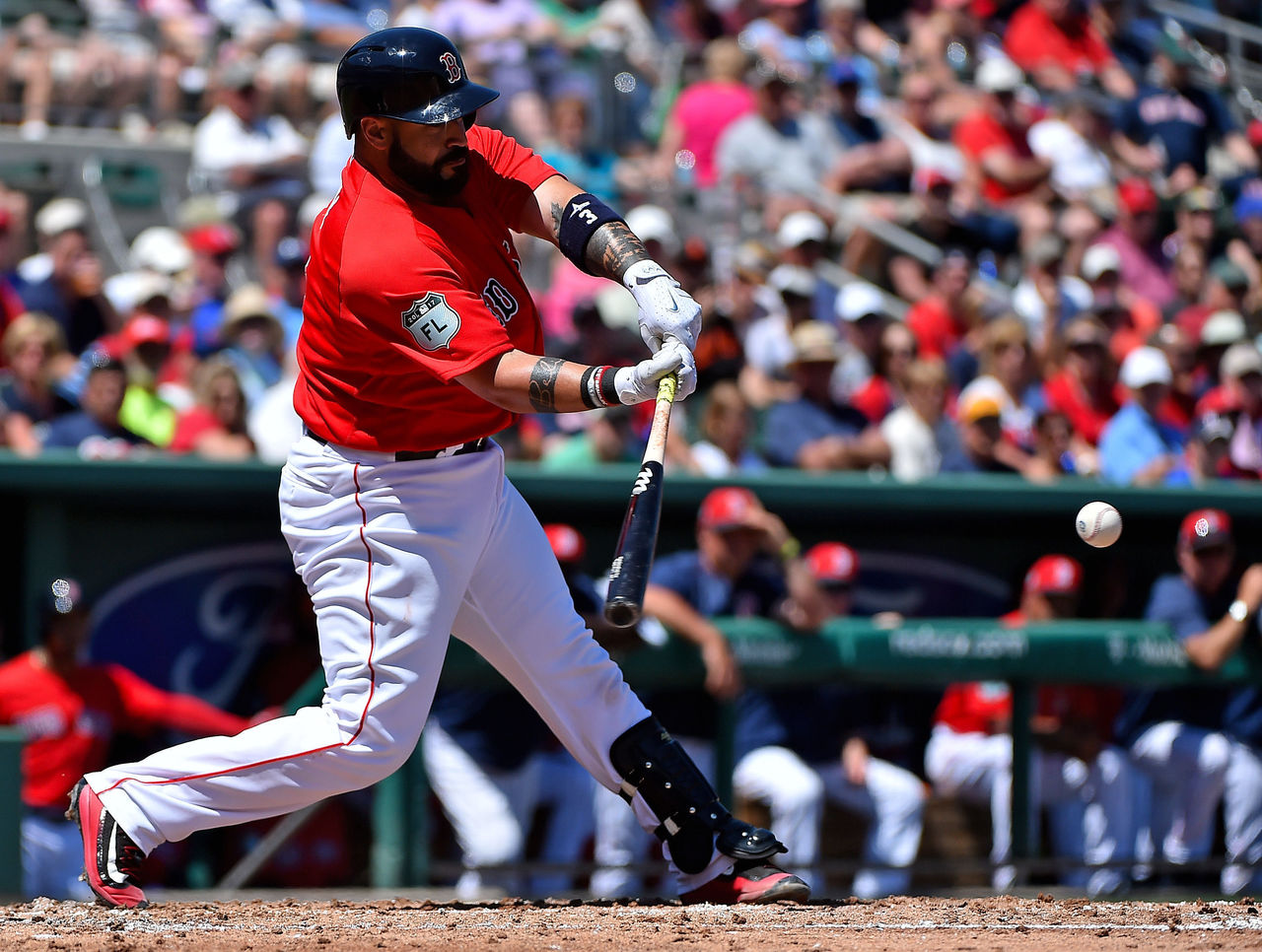 The fifth inning was eventful for Sandy Leon and the Boston Red Sox in Monday’s spring training contest against the Baltimore Orioles. The switch-hitting Leon homered from both sides of the plate in the same inning.

From the left side, he hit a solo shot off Logan Verrett to get the party started. He came to the plate again against left-hander Brian Moran with two outs and the bases loaded and drilled a grand slam for his second home run of the inning.

Only three batters have hit two home runs from both sides of the plate in the same inning during regular-season play: Carlos Baerga in 1993, Mark Bellhorn in 2002, Kendrys Morales in 2012.

The Red Sox announced Monday that Leon would open the season as the starting catcher after sending Blake Swihart to Triple-A.