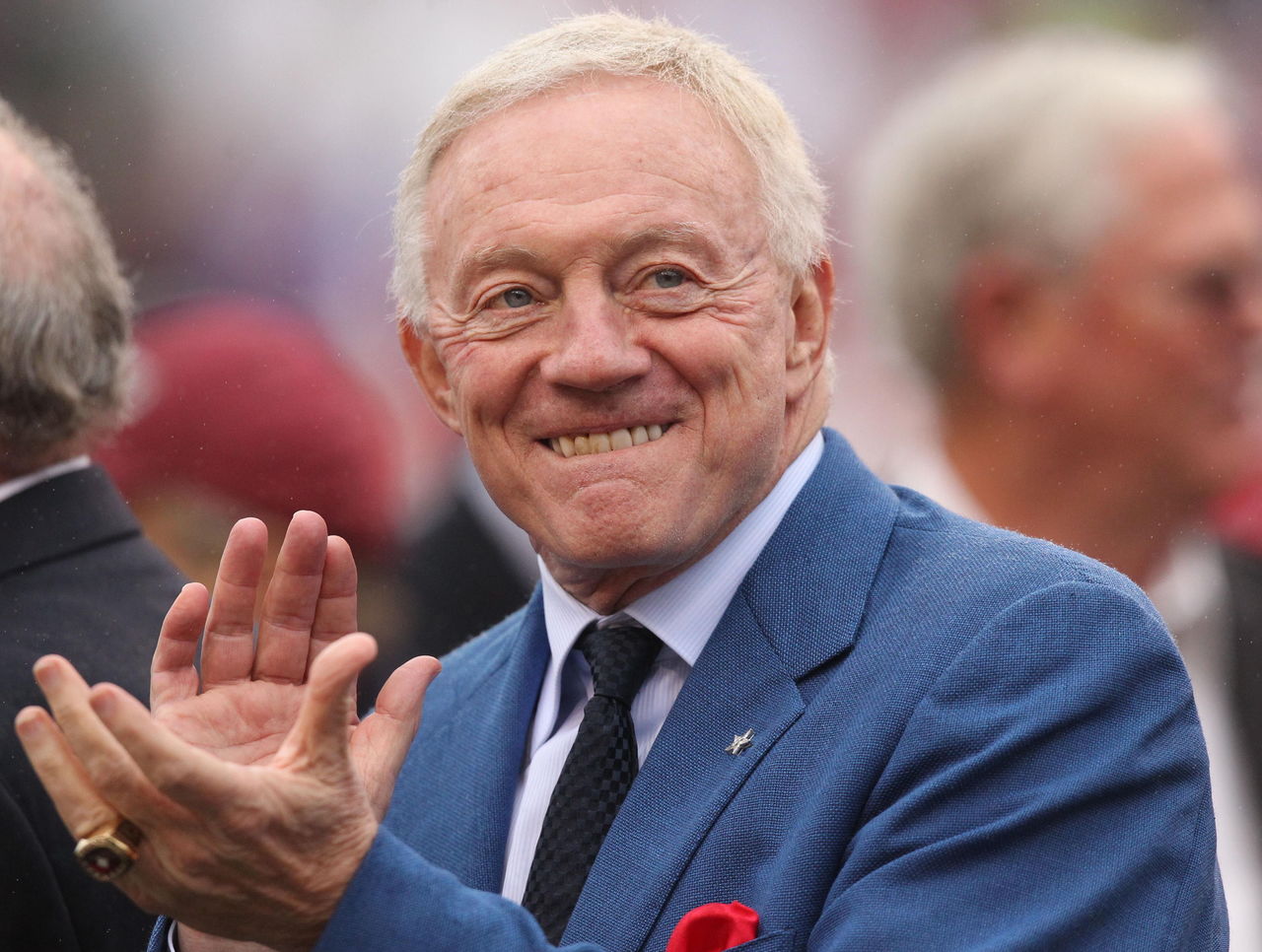 Jerry Jones will soon be one of many Dallas Cowboys legends to have a bust among some all-time NFL greats in Canton, Ohio.

With the longtime owner now officially set for induction to the Pro Football Hall of Fame next summer, it was only fitting that a few Cowboys who have already received their gold jackets welcome him to the club.

A group including Michael Irvin, Emmitt Smith, Troy Aikman, Roger Staubach, Tony Dorsett, and Charles Haley joined Jones on stage to do just that at the 25th annviersary of the Cowboys’ 1992 Super Bowl team Saturday.

“Jerry, silver and blue are the Cowboys colors,” Irvin said. “But you look pretty damn good in gold. Welcome to the Pro Football Hall of Fame.”

Jones has been the Cowboys’ owner, and de facto general manager, since buying the team for $140 million in 1989.

The Cowboys have won three Super Bowl titles under his leadership and, now worth an estimated $4 billion, the franchise was named as the most valuable in all of professional sports by Forbes last July.