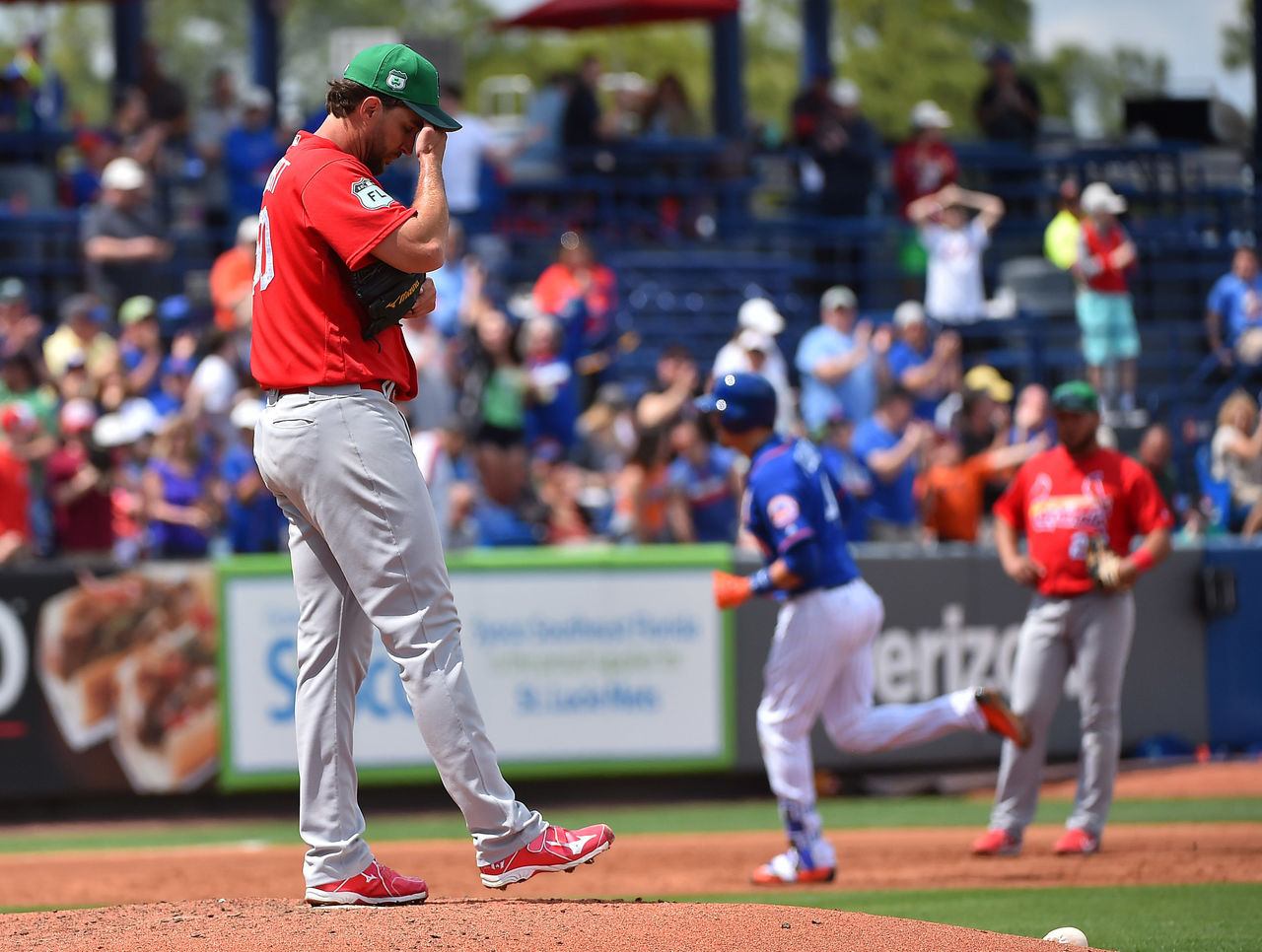 Adam Wainwright just wanted to get about five innings of work in against the New York Mets on Friday as he prepares for the regular season.

Instead, the St. Louis Cardinals ace lasted 1 2/3 innings, allowing 10 runs on seven hits and four walks in his latest underwhelming spring-training performance. Wainwright made two wild pitches and didn’t strike out a single batter. The results were ugly, but he’s not pressing the panic button.

“I’m very confident,” Wainwright said, according to Jennifer Langosch of MLB.com. “It’s hard to look you in the eyes and say that after a 10-run game, but I’m very confident that things will be good. This is what spring training is for. Obviously, you don’t want to go out there and give up 10 runs. But that’s what we’re here for.”

While this was an especially bad outing – “a beating,” Wainwright said – he hasn’t been sharp this spring. He has a 10.97 ERA through 10 2/3 innings of work, and opponents are hitting .395 off him.

The biggest issue was his location, which helped lead to a 33-pitch opening frame and later resulted in a grand slam to utility infielder Wilmer Flores. But these numbers won’t count in the long run, and in the short term, they’re a reminder that he has work to do.

“Today was a lot of barrels and a lot of walks and a lot of close pitches that were just off,” Wainwright said. “I’ll watch that game pretty intensely the next couple days before my side (session), and then I’ll get on the mound and get some good work. I’m not discouraged, though, because where I’ve been throwing the ball and the way I’ve been throwing the ball, it’s not very much different. I just have to make some minor adjustments.”

Those adjustments are paramount for a Cardinals team that missed the postseason by a single game in 2016. Wainwright struggled last season, posting a 13-6 record with career-worst numbers in ERA (4.62) and WHIP (1.40).