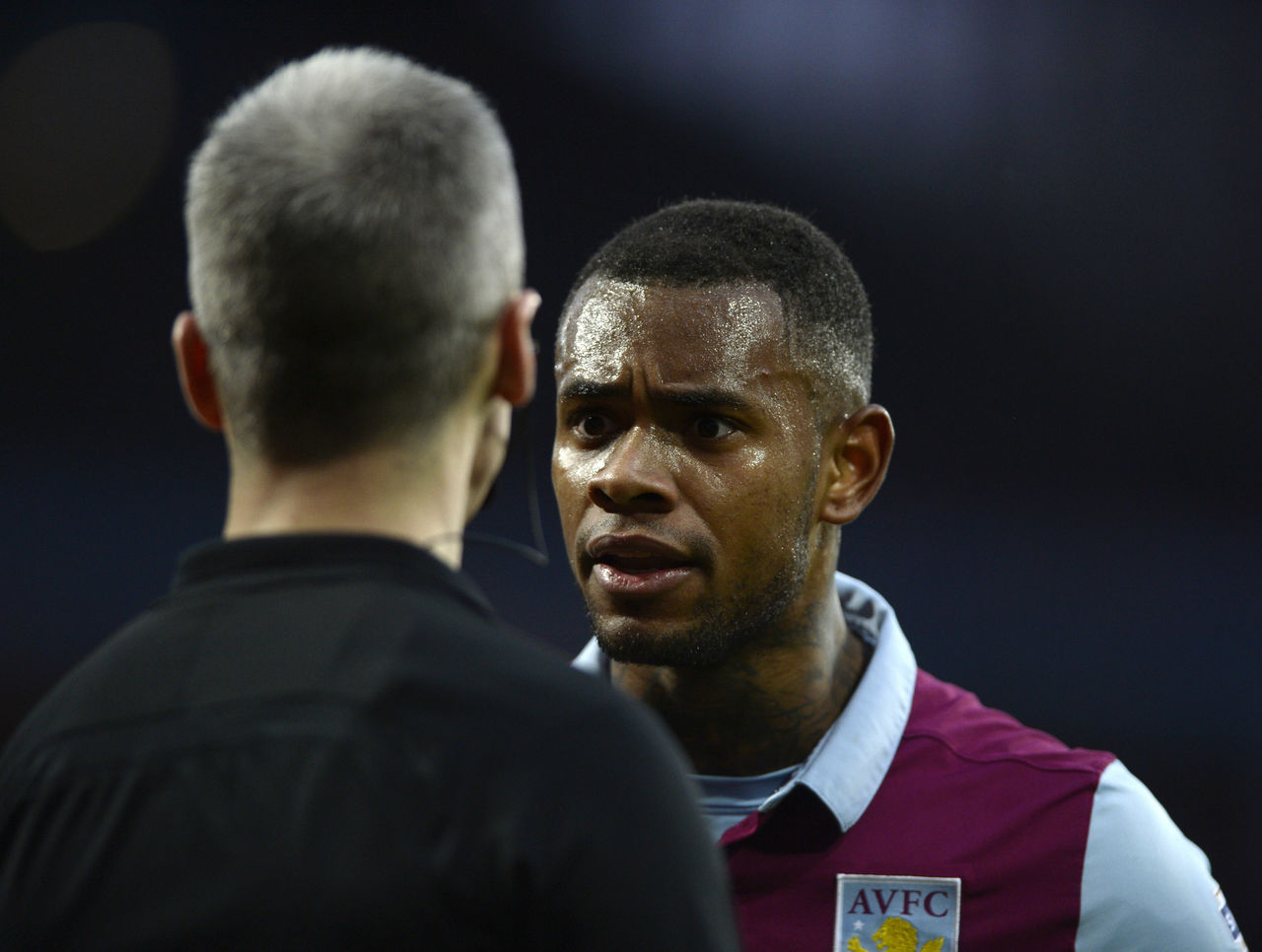 London – Aston Villa’s Leandro Bacuna has been given a six-game ban for shoving a linesman, the Football Association announced Friday.

The Curacao international was dismissed by referee Andre Marriner in the 94th minute of the 1-0 win over Derby County in the Championship last Saturday.

He barged assistant Mark Russell after a throw-in was awarded to Derby.

“Aston Villa’s Leandro Bacuna will serve a six-match suspension following his dismissal in the game against Derby County,” said a statement from the FA, English football’s governing body.

“He admitted a breach of FA Rule E3 in that his behaviour in or around the 94th minute of the game constituted violent conduct in circumstances where the standard punishment of three matches would be clearly insufficient.

“Following an Independent Regulatory Commission hearing, a three-match suspension was added to the sanction the player is already serving following his dismissal.”

A player making physical contact with a match official is something that has long been regarded as one of football’s more serious disciplinary offences.

Last week Blackburn Rovers midfielder Hope Akpan received a four-match ban for a push on referee Scott Duncan after he complained about a goal being disallowed for handball.

Back in September 1998, Italian forward Paolo Di Canio was given an 11-match suspension for pushing referee Paul Alcock to the ground after he had been sent off while playing for Sheffield Wednesday against Arsenal.