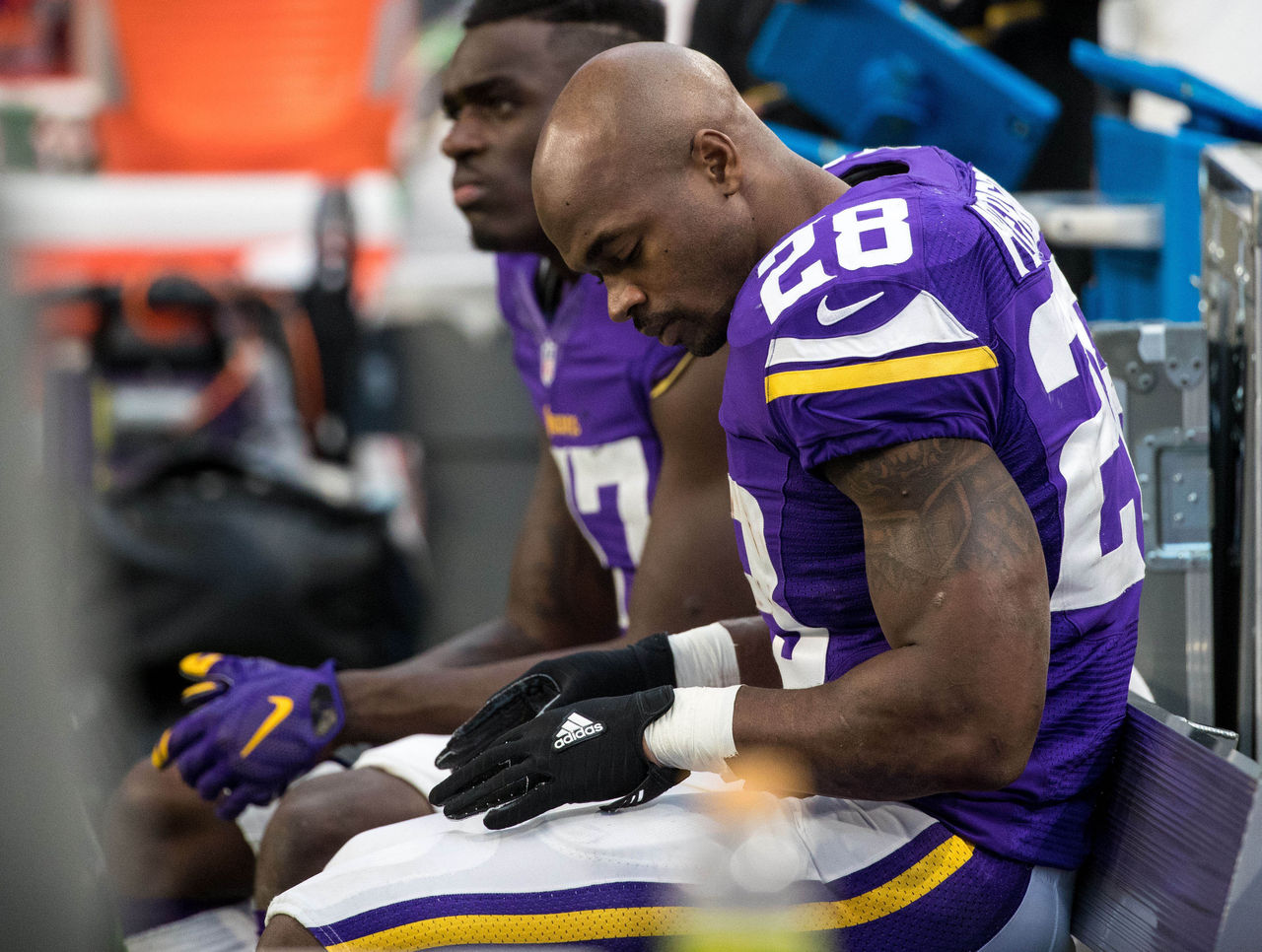 The Minnesota Vikings have to make a difficult decision regarding the future of a franchise legend.

General manager Rick Spielman told reporters Monday that the team has yet speak with Adrian Peterson about his looming contract option, but that the situation will be addressed in the coming weeks, according to Ben Goessling of ESPN.

Regardless of how things play out in the coming weeks, Spielman added that Peterson “will always be a Minnesota Viking.”

While the organization will presumably put off the move for as long as possible, it’s long been expected that Peterson’s time in Minnesota is coming to an end. Sticking with an aging running back at a salary-cap hit of $18 million simply doesn’t make sense for the construction of the roster.

The two sides could conceivably explore a new contract either before or after his option is declined, and such a deal would likely allow Peterson to finish his career where it started.

But all signs continue to point toward the future Hall of Famer having the opportunity to test the market in free agency, where there could be a number of teams willing to outbid Minnesota.

Looking past a 2016 campaign lost almost entirely to injury, Peterson is still just one year removed from a season in which he rebounded from major knee surgery to tally 1,485 yards and 11 touchdowns while starting all 11 games.

The 31-year-old has racked up 2,418 carries for 11,747 yards and 97 touchdowns since joining the team as a first-round pick back in 2007, making him far and away the Vikings’ all-time leader in all major rushing categories.