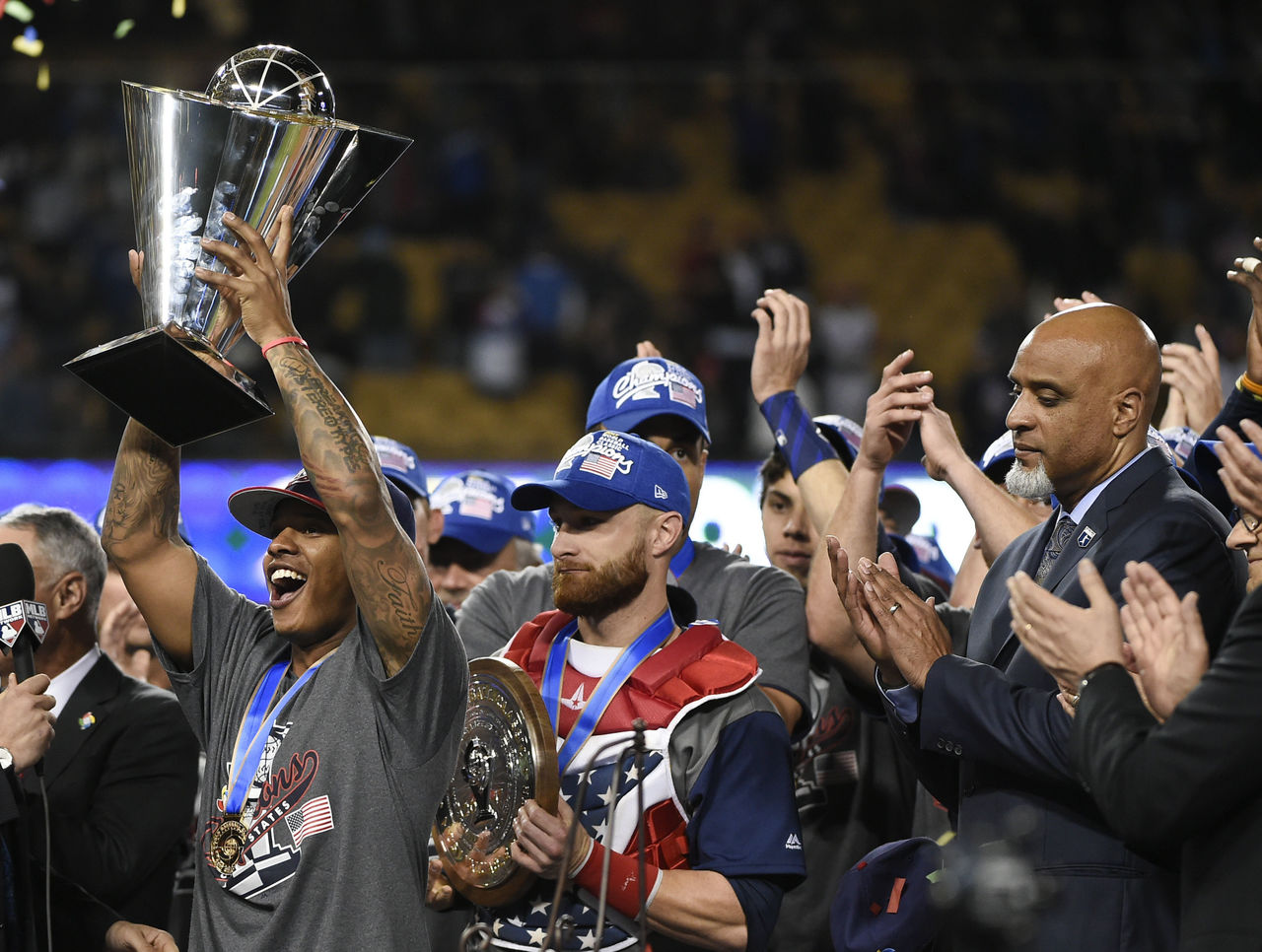 Ian Kinsler hit a two-run homer in the third inning and Marcus Stroman allowed one hit over six innings to lead the United States to its first World Baseball Classic championship with a 8-0 win over Puerto Rico.

Kinsler launched a shot over the wall in left-center field off Puerto Rico starter Seth Lugo to give the Americans an early 2-0 lead. Christian Yelich and Andrew McCutchen both picked up RBI singles in the fifth to make it 4-0.

Brandon Crawford broke the game open in the seventh when he drove in a pair with a two-RBI single, and Giancarlo Stanton followed with an RBI single of his own to make it 7-0.

After Puerto Rico shelled Stroman for four runs off eight hits during a second-round matchup, the 25-year-old right-hander more than atoned for that start in the final. He allowed just one walk over the first six innings, striking out three before Angel Pagan led off the seventh with a double. Stroman was immediately removed to a loud ovation from the fans at Dodger Stadium.

An historical underachiever at the tournament, the United States had never finished better than fourth. The club received a commitment from a number of MLB stars this year, however, fielding its most competitive team in the WBC’s fourth edition.

Team USA’s road to the finals certainly wasn’t easy. The Americans finished second in its group in both the first and second rounds, and beat the reigning WBC champs Dominican Republic, undefeated Japan, and undefeated Puerto Rico in its final three games to win the title.