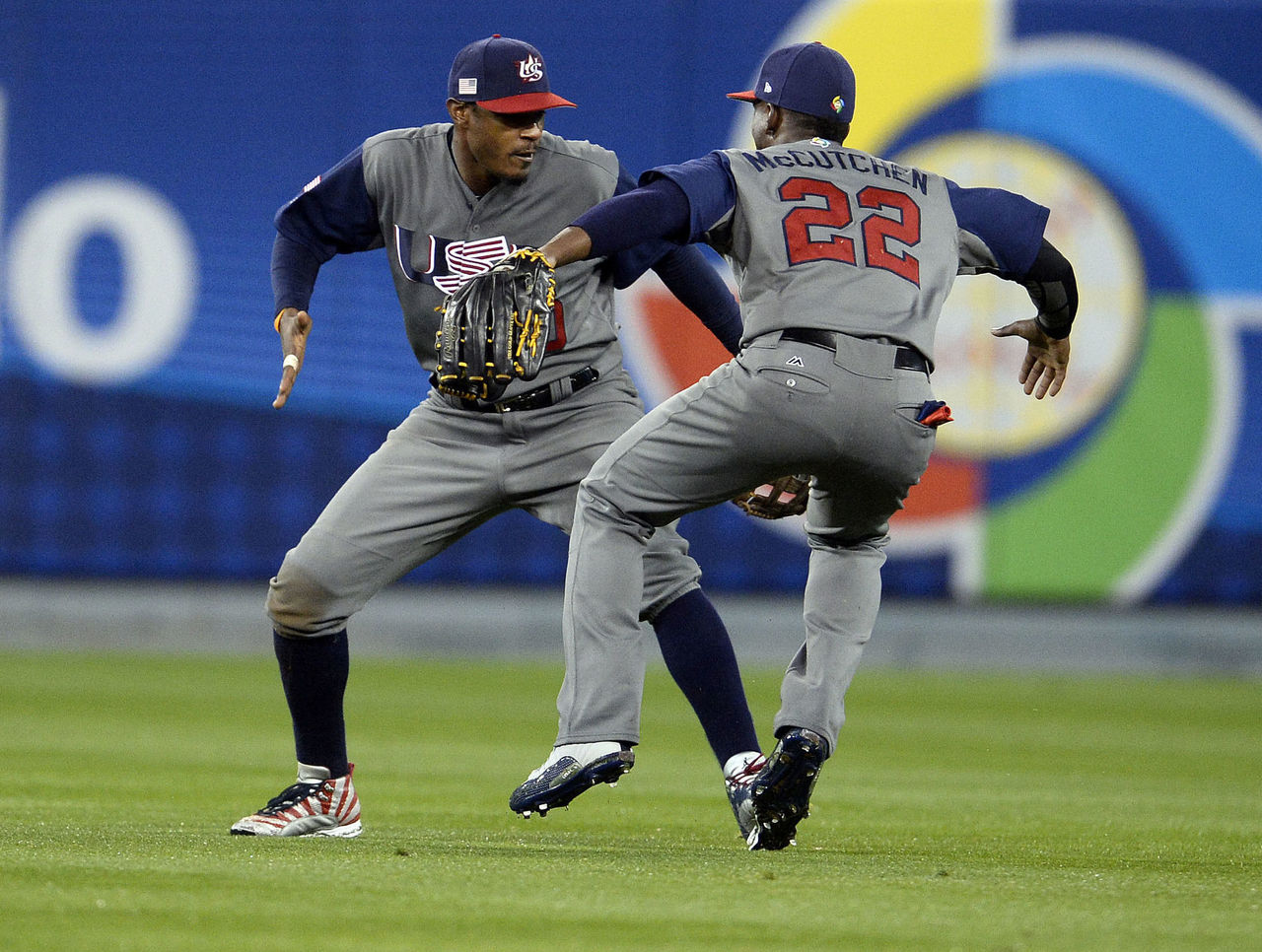 The United States is off to the finals of the World Baseball Classic for the first time in the tournament’s history.

Adam Jones hit an RBI groundout to score the eventual winning run in the eighth, and Luke Gregerson converted the seven-pitch, three-out save to lead Team USA to a 2-1 win over Japan on Tuesday at Dodger Stadium.

“The guys that signed up for this understood the challenge,” Jones said following the game. “Tomorrow we get the chance to do something the United States has never done.”

With drizzle raining down for almost the entire three-hour, 12-minute game, the United States and Japan were locked in a pitchers’ duel for the better part of the night.

USA starter Tanner Roark tossed four shutout innings before handing the ball over to the pen, while Japan starter Tomoyuki Sugano struck out six over as many innings, allowing one unearned run.

Andrew McCutchen picked up an RBI single on a ground ball to left field to plate Christian Yelich in the fourth to give the United States an early 1-0 lead. Ryosuke Kikuchi tied things up in the sixth with a solo home run off Nate Jones on a ball that just landed over the outstretched glove of McCutchen in right field.

With one out and runners on second and third in the eighth, Jones hit a groundball to third base that Nobuhiro Matsuda bobbled, allowing Brandon Crawford to cross the plate for what would be the eventual game-winning run.

The U.S. will hand the ball to right-hander Marcus Stroman in the championship game Wednesday against Puerto Rico. It will be the second time the two teams meet this WBC, after the undefeated Puerto Ricans edged the Americans 6-5 during the second round.