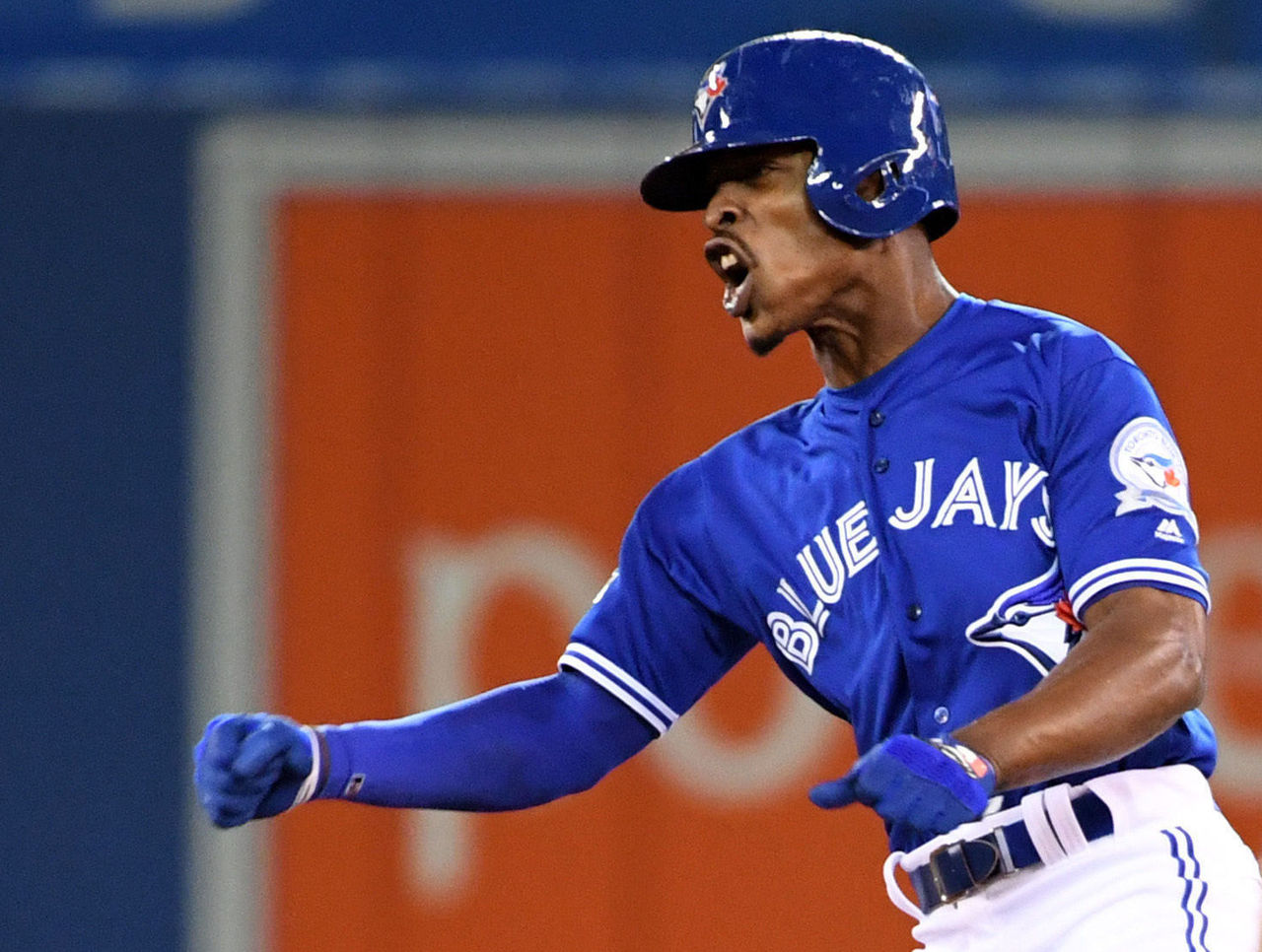 The Toronto Blue Jays have stacked their lineup with right-handed hitters for Wednesday’s win-or-go-home showdown against the Cleveland Indians at Rogers Centre, with Melvin Upton Jr. batting sixth in the DH spot in lieu of Michael Saunders for Game 5 of the American League Championship Series.

Though Saunders has been one of Toronto’s hottest hitters this postseason, Blue Jays manager John Gibbons decided to go with the right-handed-hitting Upton against Indians left-hander Ryan Merritt, who made his MLB debut last month and has 11 big-league innings under his belt.

Darwin Barney, not Ryan Goins, will start at second base and bat ninth for a lineup that, according to Jose Bautista, is poised to leave Merritt “shaking in his boots.”

Marco Estrada, who took the loss in a complete-game effort in Game 1 of the ALCS and owns a 1.65 ERA this postseason, will start for Toronto as the Blue Jays look to trim their deficit to 3-2 in the best-of-seven series.

One win shy of their first pennant since 1997, the Indians will roll out essentially the same lineup they used in Tuesday’s 5-1 loss, albeit with Carlos Santana taking over at first base for Mike Napoli, who will DH in Wednesday’s matinee.

Despite their 3-1 lead in the series, the Indians have struggled at the plate in the ALCS, hitting just .164 with a 22.7 percent strikeout rate through the first three games.

In the series opener at Progressive Field, they managed six hits – including a Francisco Lindor solo shot – and one walk off Estrada, who posted a 3.57 ERA in 15 starts at Rogers Centre during the regular season.