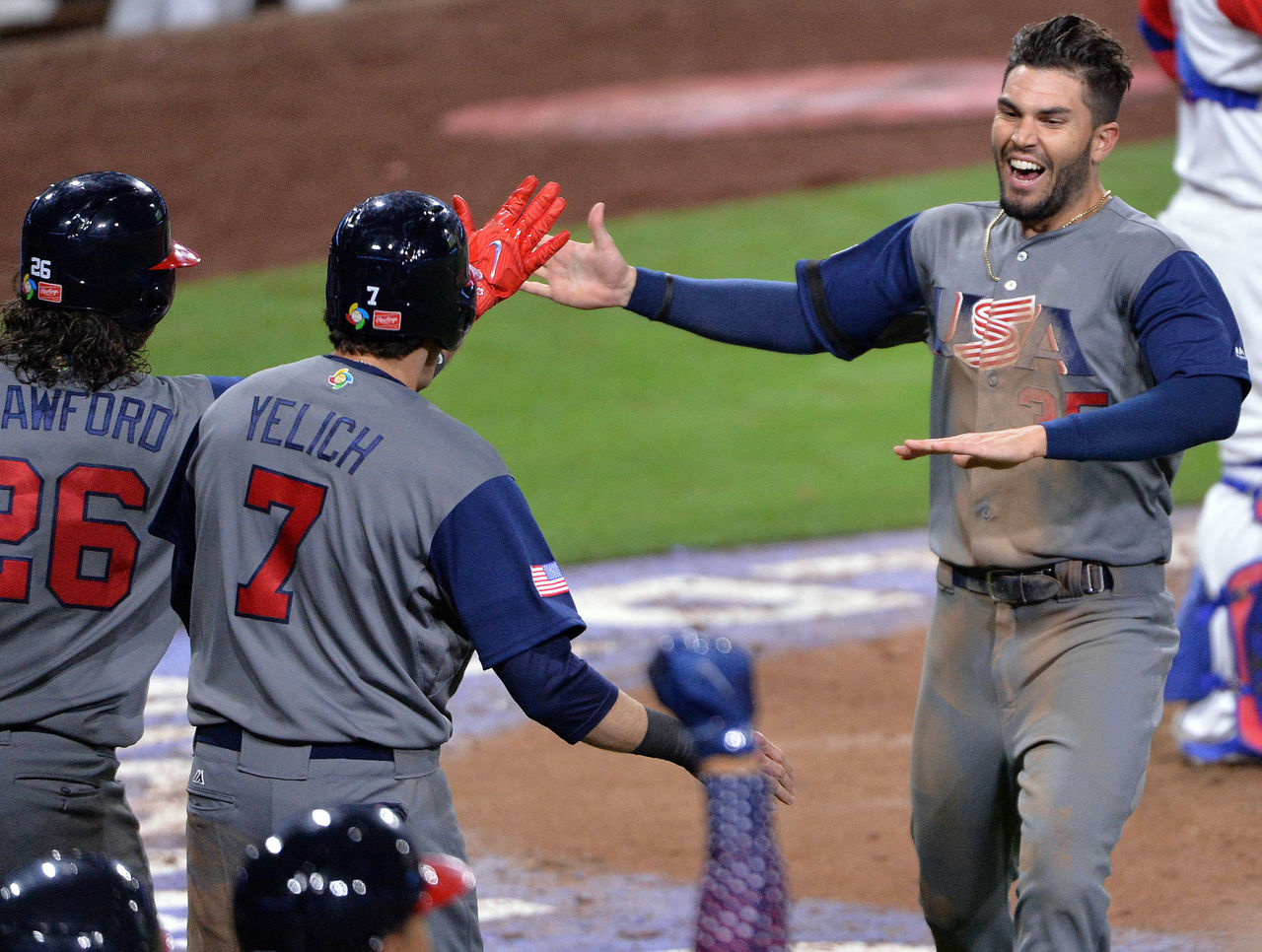 The United States got its revenge, and is moving on to the next round at the World Baseball Classic.

Giancarlo Stanton hit a two-run home run in the fourth inning and Andrew McCutchen added a two-RBI double in the eighth to lead the United States to a 6-3 win over the Dominican Republic on Saturday to advance to the Championship Round.

In the winner-take-all game, the Americans avenged a first-round loss to the Dominican Republic and bounced the reigning champs from the tournament in the process.

After the Dominicans jumped out to a 2-0 lead in the first inning, the Americans tied the game in the third courtesy an RBI force out by Ian Kinsler and an RBI double from Christian Yelich. They would double the lead in the fourth courtesy Stanton’s blast.

Manny Machado appeared to have a home run in the seventh before his Baltimore Orioles teammate Adam Jones made an unbelievable catch at the wall to rob him. The Dominicans would get a run the following at-bat, as Robinson Cano deposited one into the seats that wasn’t catchable.

McCutchen would answer in the top half of the eighth with a double to the gap in left center to make it 6-3.

The Dominicans finished with nine hits, but went 1-for-11 with runners in scoring position.

The United States finished second in Pool F, and will now play Pool E winner and two-time WBC champion Japan on Tuesday at Dodger Stadium. The winner will advance to the final against either Puerto Rico or the Netherlands.