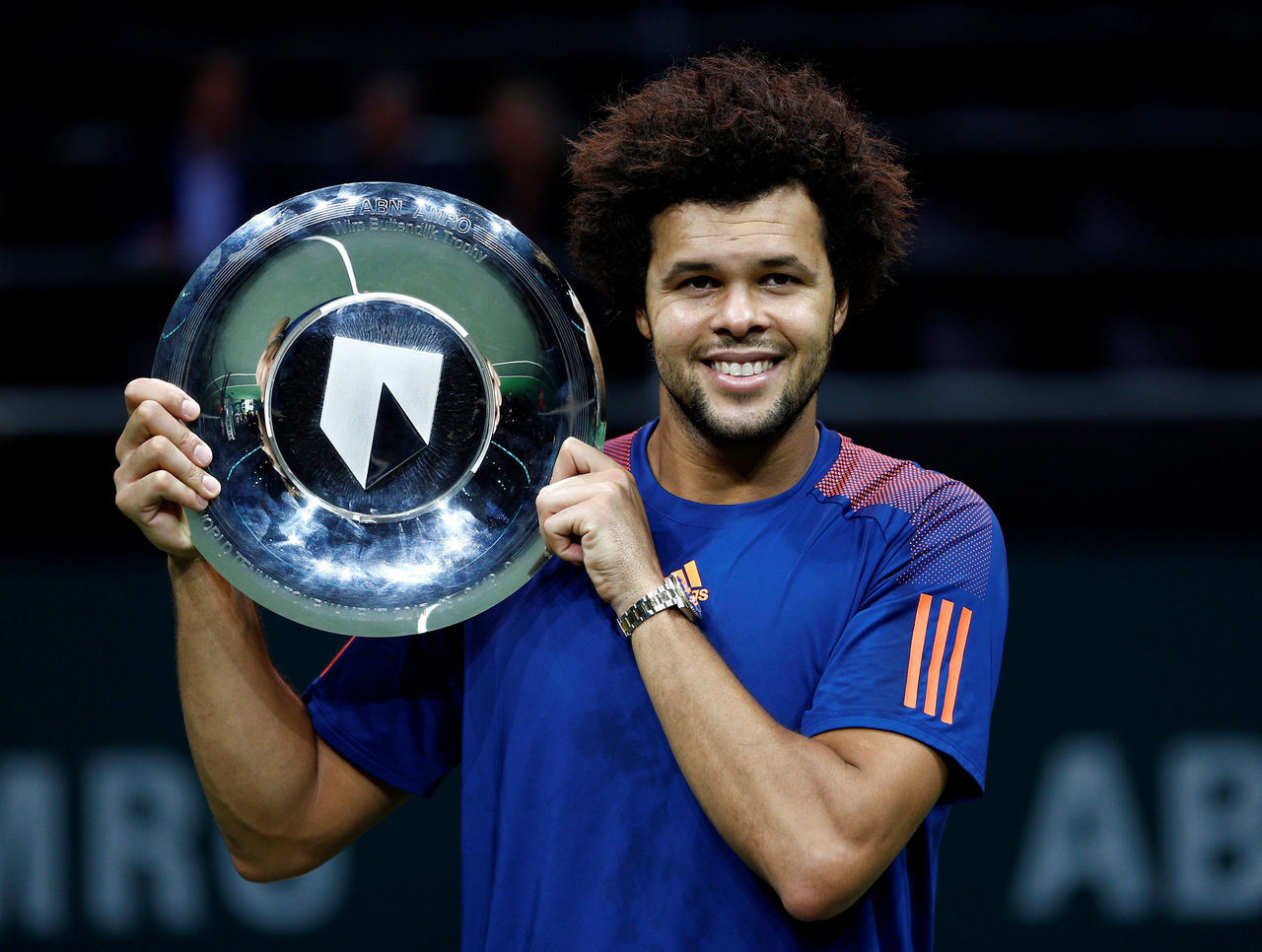 ROTTERDAM, Netherlands – Jo-Wilfried Tsonga clinched his 13th career title on Sunday, rallying from a set down to beat David Goffin of Belgium 4-6, 6-4, 6-1 in the final of the World Tennis Tournament.

The sixth-seeded Frenchman hit 10 aces and, although he dropped his serve twice, he broke the third-seeded Goffin’s serve four times.

He improved to 4-2 overall in career meetings against the 11th-ranked Goffin, who won both of his career titles in 2014.

The 31-year-old Tsonga reached the milestone of 400 career wins this week, and victory in the final was his 401st.