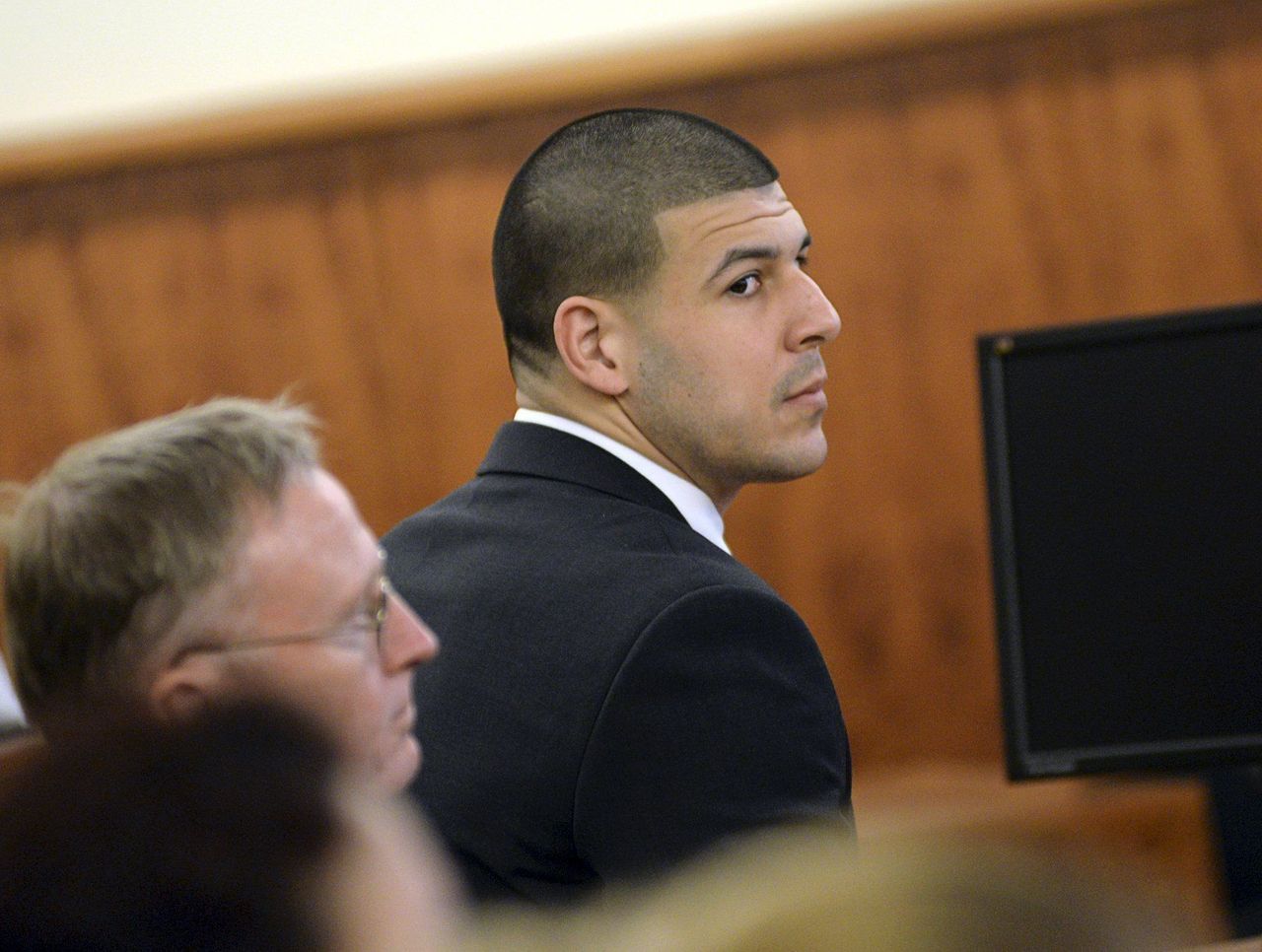 BOSTON – For the second time, former NFL star Aaron Hernandez will hear a prosecutor ask a jury to convict him of first-degree murder.

Opening statements are scheduled for Wednesday in Hernandez’s double murder trial. The former New England Patriots tight end is already serving a life sentence after being convicted in the 2013 killing of Odin Lloyd, a semi-professional football player who was dating the sister of Hernandez’s fiancee.

Hernandez is charged in the 2012 fatal shootings of two men he encountered at a Boston nightclub. Prosecutors say Hernandez became enraged when one of the men accidentally bumped into him at the club, causing him to spill his drink. He is accused of following the men, then opening fire on their car as they waited at a stop light.

Hernandez has pleaded not guilty. His lawyers are expected to challenge the credibility of a former friend who was with Hernandez the night the men were shot and is expected to be the prosecution’s star witness.

Hernandez, now 27, grew up in Connecticut and played for the Patriots from 2010 to 2012. The team released him in June 2013, shortly after he was arrested in Lloyd’s killing.

Prosecutors in the double murder case have said that in the months before the killings, Hernandez had become increasingly convinced that people had been ”testing, trying or otherwise disrespecting him” when he went to area nightclubs.

The men who were killed – Daniel de Abreu, 29, and Safiro Furtado, 28 – were close friends who attended high school and served in the military together in Cape Verde before coming to the United States and settling in Boston.