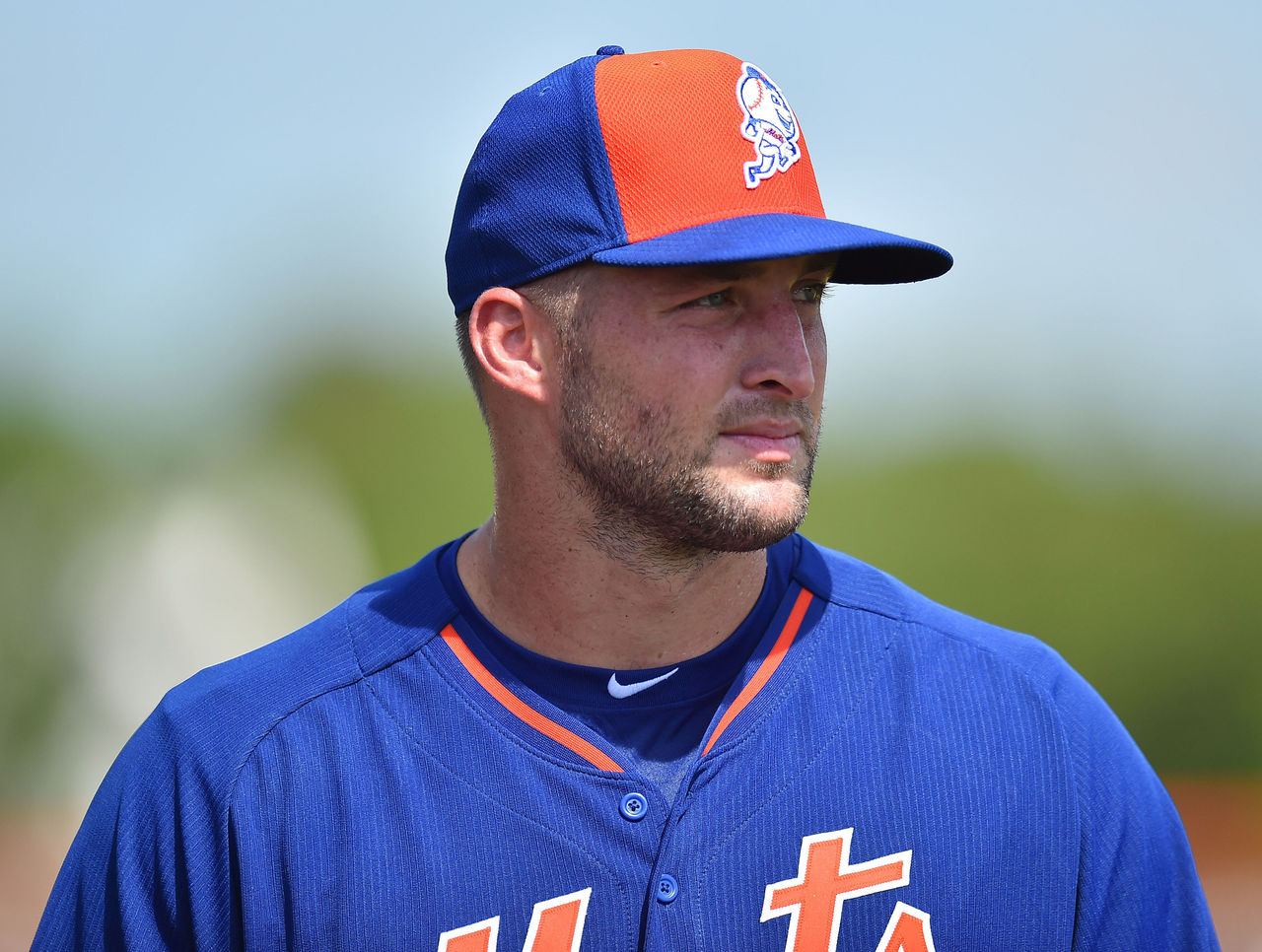 The AFL, reserved for baseball’s blue-chip prospects, isn’t treating the New York Mets minor leaguer too well, leaving him 0-for-9 with three strikeouts, two walks, and one RBI in his first week.

“I’m getting adjusted. I need to get back into the rhythm,” Tebow, a member of the Scottsdale Scorpions, told reporters Thursday. “I was a little late on a couple of fastballs I could have done something with.”

While he understands he needs to get into a rhythm, it’ll be difficult to do so given he’s likely the only player in the AFL with two jobs.

Tebow is excused from Friday and Saturday games to fulfill his duties as an ESPN broadcaster, and the league takes Sundays off, so the former quarterback will go back to the diamond Monday.

“I’m sure he’s said it to you before: He’s missing pitches that he should hit,” Scorpions manager Tom Goodwin said. “He’s rolling over (pitches) right now.

“That’s going to happen, because you’re anxious up there. You want to hit the ball. So you go out and get it instead of letting it travel a little deeper.”

Tebow signed a minor-league deal with the Mets in August worth $100,000, and while he can’t seem to find his groove at the plate, he’s not losing sleep over it.

“It’s too much of a process,” he said. “After everything I’ve been through in sports, I wouldn’t be up and down over three games.”