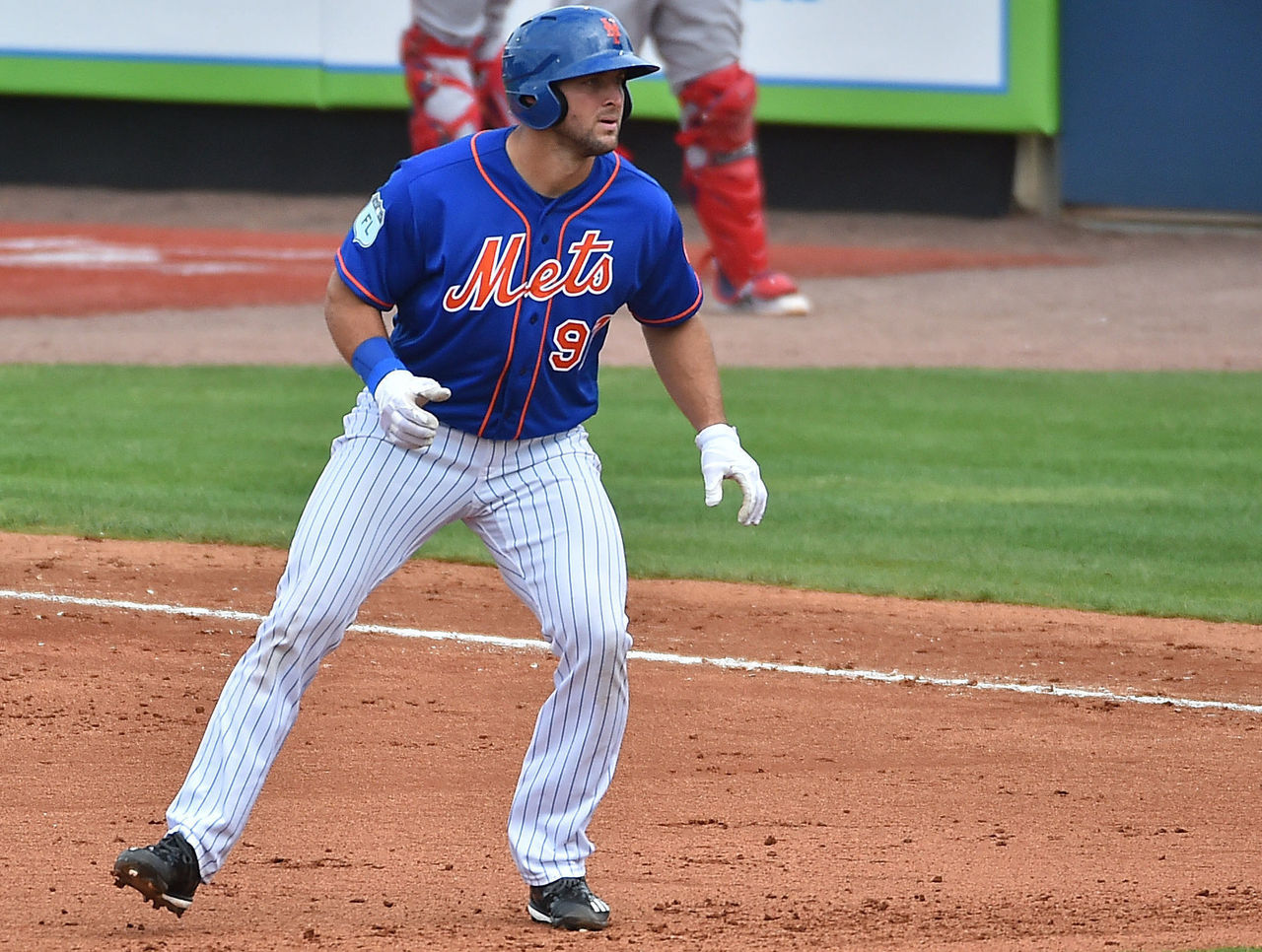 Appearing in a New York Mets uniform for the first time since agreeing to a minor-league deal with the club last September, Tebow received a number of lessons Wednesday afternoon, including the proper place to stand while on deck.

“I thought you walk around (to the first-base side of the field) because you’re a left-hander. I found out you don’t do that,” Tebow told reporters including ESPN’s Scott Lauber after walking over to the on-deck circle of the visiting side prior to his third-inning at-bat against Boston Red Sox starter Rick Porcello.

“I think I learned a lot of things. Just getting in there and seeing pitches for the first time, competing. I mean, I felt OK, put some good swings when I swung. You just learn. It was the first day for me, getting a chance to compete, and I’ll learn a lot from it.”

Tebow finished the day 0-for-3 with two strikeouts (both looking), while also grounding into a double play and being hit by a pitch – he would be doubled off at first base on a sharp line drive the following pitch.

Serving as the Mets designated hitter, Tebow was rung up on a called strike three by home-plate umpire Ryan Additon in his first at-bat against Porcello. Tebow quietly exchanged words with Additon on his was back to the dugout and questioned the strike zone following the game.

“I didn’t necessarily think some of those were strikes so I was just trying to hold off,” Tebow told reporters. “Some of the guys in here thought they might have been a little inside or so but, you know, you just learn. It’s the first day for me to get a chance to compete and I’ll learn a lot from it.”

Tebow said he was a little bit nervous during the game because he “cares about” the outcome, but was able to have a laugh after he was plunked in the sixth inning by fellow Florida Gator alumni Brian Johnson.

“Where’s the love?” Tebow said. “No, it’s fine. I’ve been good at taking hits most of my career.”

Tebow will get his second taste of major-league pitching Friday when he returns to the lineup while getting his first shot at playing the outfield.