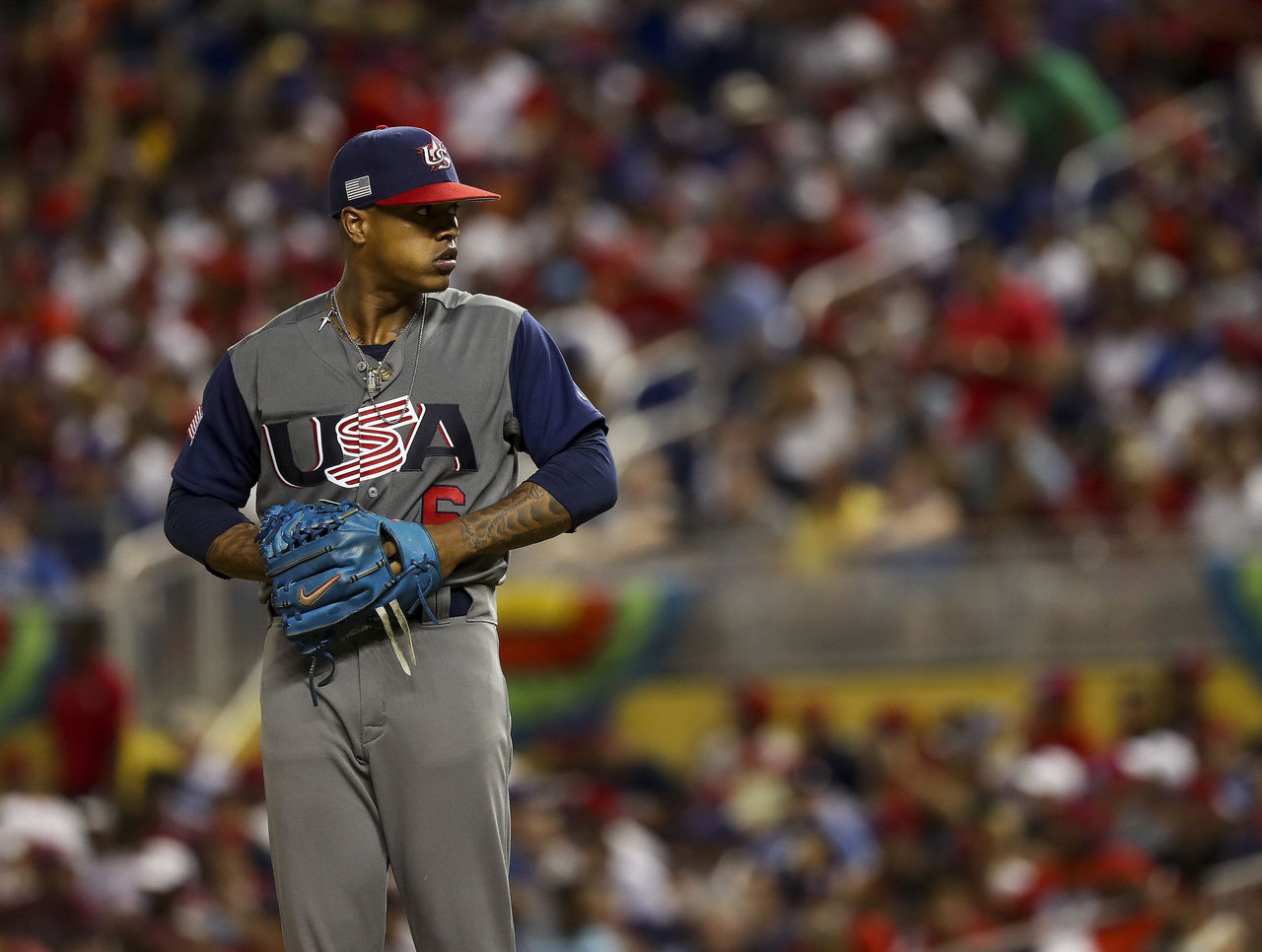 Marcus Stroman’s second start at the 2017 World Baseball Classic was the polar opposite of his first.

After Puerto Rico starter Seth Lugo made quick work of the United States in the top of the first inning Friday, Stroman struggled immediately.

He allowed six straight singles, and three earned runs crossed the plate to give Puerto Rico an early 3-0 lead. That made Stroman the first starting pitcher for Team USA to allow any earned runs in the tournament.

Puerto Rico added a fourth run on an Eddie Rosario sacrifice fly, mercifully delivering the first and second outs. Yadier Molina was tagged out at third as he failed to keep his foot on the bag. Stroman closed the inning having allowed four runs on six hits.

The right-hander stymied the Dominican Republic in his first start, allowing only three hits in 4 2/3 scoreless innings. He equaled that hits total by the third batter Friday.