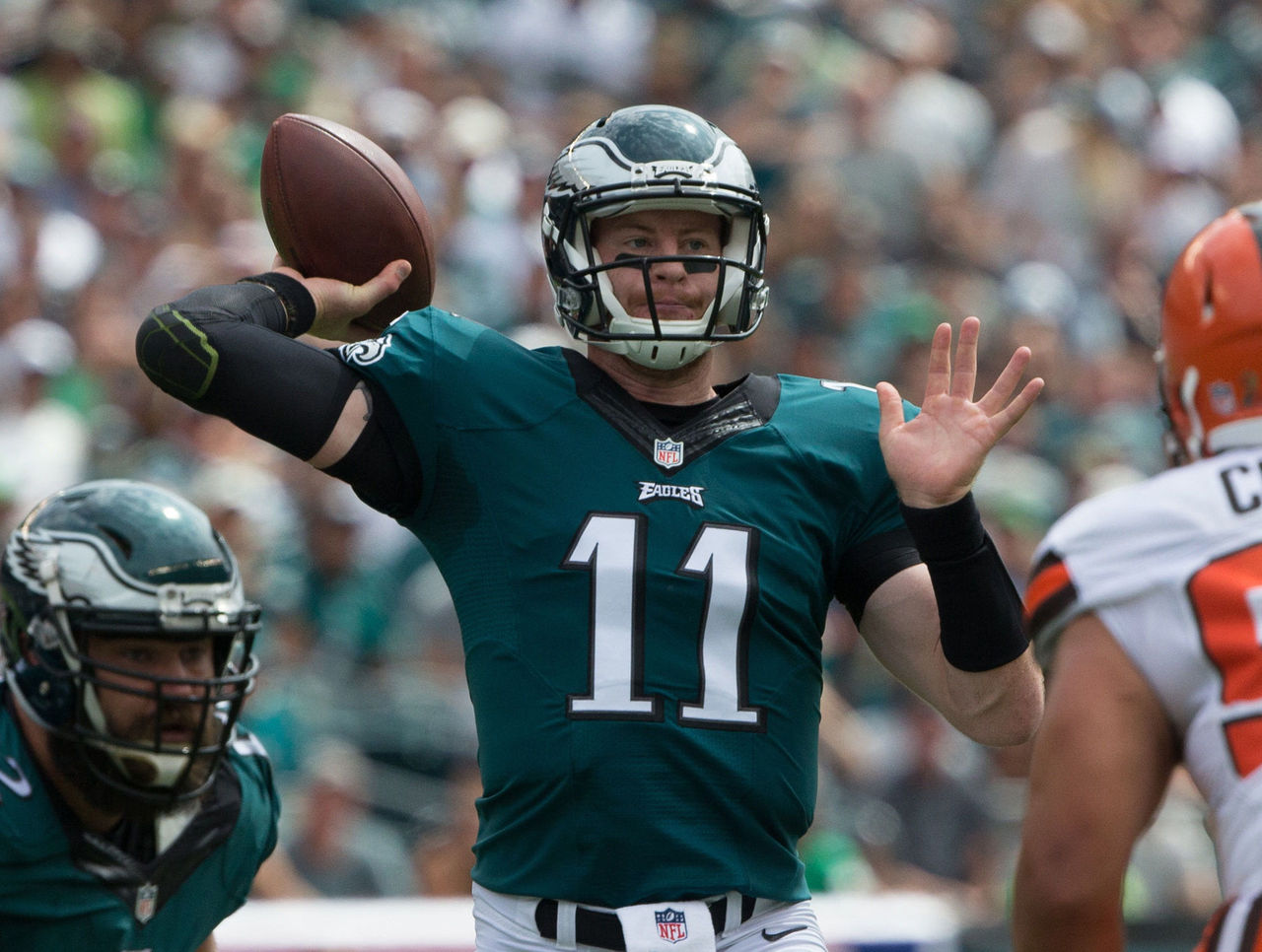 Carson Wentz is the talk of the league.

After an impressive pair of performances to open his NFL career, the first-round pick is well on his way to proving the Philadelphia Eagles right in their decision to trade up and select him No. 2 overall.

But now it’s the Pittsburgh Steelers’ chance to see if they can make the quarterback look like the rookie he is.

“You definitely want to beat him up,” linebacker Arthur Moats said ahead of Sunday’s game, according to Joe Rutter of The Pittsburgh Tribune-Review. “You want to hit him, but at the same time, when you confuse him with different looks, he’s worried about getting hit and he’s also trying to figure out where the coverage is, things like ‘Who’s my hot receiver?’

“Even our basic look can come off as exotic. To a rookie quarterback, that can be the difference between him making a completion or throwing an interception.”

Though there are certainly positives to take from Wentz’s early play, season-opening matchups with the Cleveland Browns and Chicago Bears didn’t exactly provide the most difficult tests.

Taking on a Steelers defense led by a strong front seven has the potential to challenge the standout rookie in a number of new ways.

“If you have a solid quarterback, you have to make him feel one-dimensional,” fellow linebacker Lawrence Timmons said, “So you have to stop the run, be physical, and rattle him.”

Both Pittsburgh and Philadelphia enter the highly anticipated battle of Pennsylvania looking to remain undefeated atop their respective divisions.