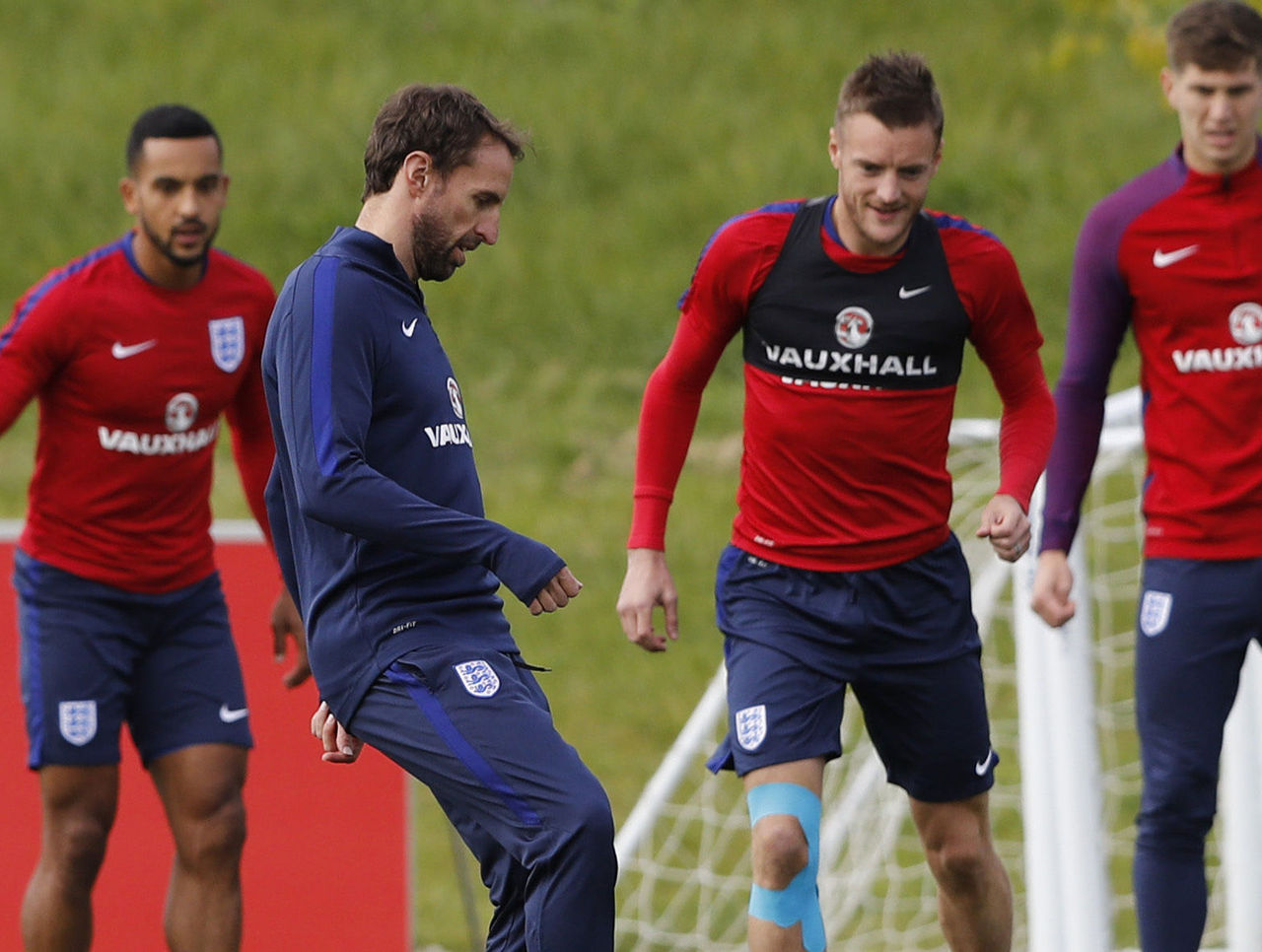 Vardy, one of 30 players shortlisted for the Ballon d’Or this week, has not scored in his last 10 appearances for club and country and was dropped by Foxes coach Claudio Ranieri last weekend.

However, the 29-year-old has scored just three times this term and was left out of Leicester’s starting line-up for the first time in the league since March 2015 in Saturday’s 3-1 win over Crystal Palace.

“All goalscorers have periods where they are not scoring. History and records over the years shows you what they are likely to fall back into and his scoring record is phenomenal,” Southgate told Britain’s Press Association.

“I have played with Alan Shearer when he went through the same – and Andy Cole. Over a long period of time if they have a record of one in two or one in three they will come back to that.

“You can take a small sample of games for any player but that’s all it is. You have to look longer-term, especially with goalscorers. He has proven himself at every level.”

Vardy endured a run of 23 matches without a goal between September 2014 – after he inspired a famous 5-3 win over Manchester United – and March 2015, but finished joint-second behind Harry Kane in last season’s scoring chart.

The striker was on target in Leicester’s 2-1 defeat to United in the Community Shield and netted in successive games against Swansea City and Liverpool in August and September but the goals have since dried up.

However, he was included by Southgate for recent World Cup qualifiers against Malta and Slovenia and is likely to retain his place for next month’s clash with Scotland and friendly with Spain.