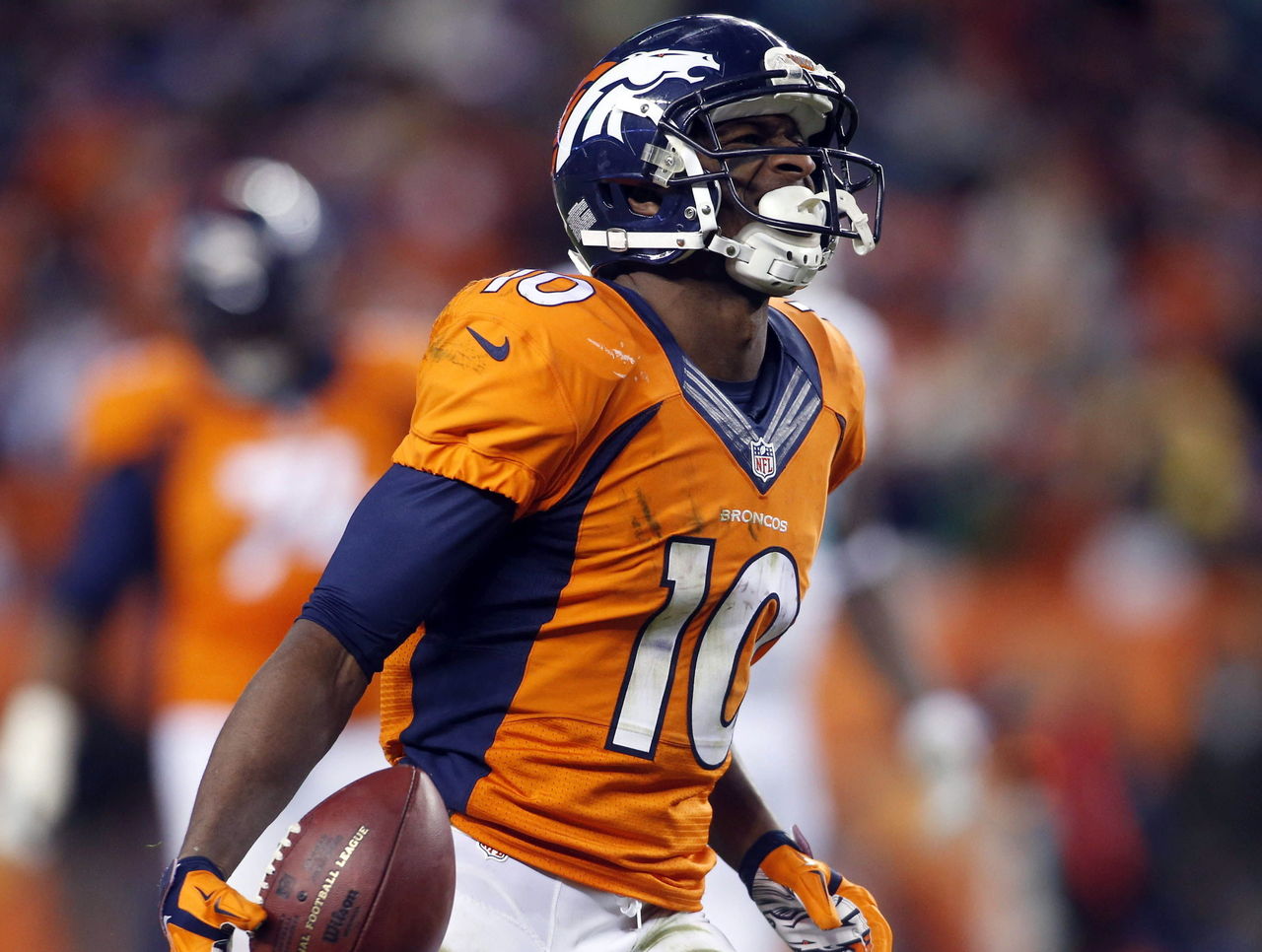 Emmanuel Sanders is among the NFL’s best wide receivers – but he’s not among the biggest.

The Denver Broncos’ star pass-catcher knew that better than anyone prior to the 2010 NFL Scouting Combine. Sanders said he thought teams would be concerned about his lack of bulk and how he’d hold up at the NFL level, so he drank a massive amount of water just before his combine weigh-in.

“I’m a small guy, so prior to weighing in I ended up drinking like two gallons of water so I was so bloated and full of water, I got up to like 185 pounds, just to show teams that I’m not a small guy,” Sanders said on NFL.com, according to Michael David Smith of Pro Football Talk.

Sanders’ plan apparently worked, as those two gallons – 17 pounds – likely helped convince the Pittsburgh Steelers he was worthy of a third-round pick.

Now that Sanders has exposed a potential loophole, some of this year’s smaller prospects might think about copying his trick.