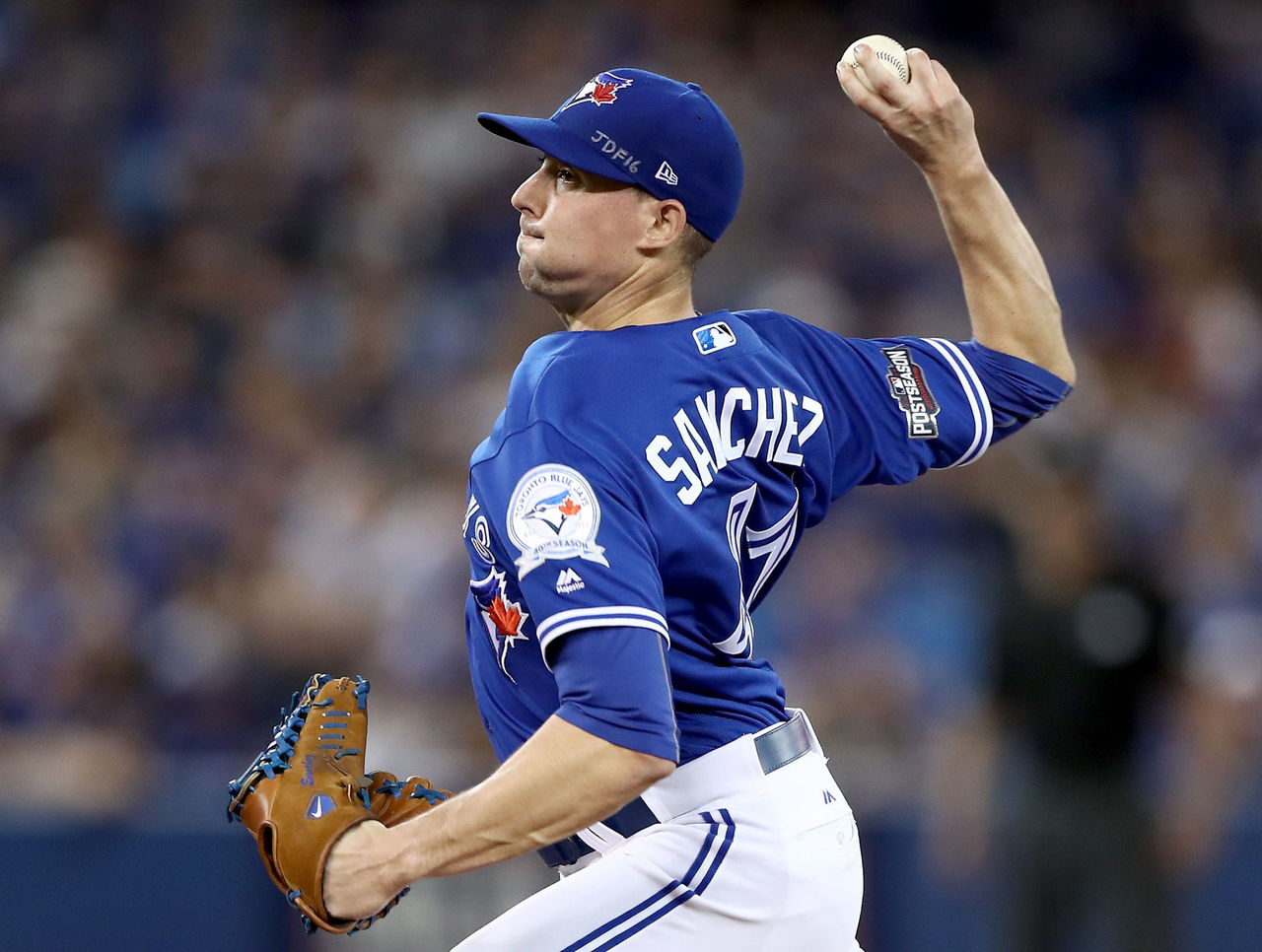 TORONTO – Josh Donaldson homered to give Toronto a long-awaited lead, and the Blue Jays finally broke through with the bats, beating the Cleveland Indians 5-1 on Tuesday to avert a sweep in the AL Championship Series.

The Indians still lead the matchup 3-1, but Donaldson and a poised Aaron Sanchez handed them their first loss of this postseason.

Edwin Encarnacion later hit a two-run single, a welcome sight for a raucous Rogers Centre crowd that had fallen silent watching its team reach the brink of elimination because of a slumbering offense.

Donaldson’s solo shot to left-center field off Corey Kluber in the third put the Blue Jays ahead for the first time all series. Two innings after that, the star third baseman made an outstanding diving stop to preserve a one-run edge.

Sanchez, the American League ERA champion, allowed a run and two hits in six innings, and the bullpen finished with three perfect innings.

Cleveland will try again Wednesday to win to earn its first World Series trip since 1997, but the big concern for the Indians coming into the series – an injury-riddled rotation – still lingers.

Kluber was starting on three days’ rest for the first time in his career, and in Game 5 Cleveland will send lightly used rookie Ryan Merritt to the mound against Marco Estrada.

The Indians were trying to become the third team to sweep a Division Series and Championship Series in the same postseason. The 2007 Colorado Rockies and 2014 Kansas City Royals both did it.

Cleveland had won nine in a row, including three straight over Boston in the ALDS.