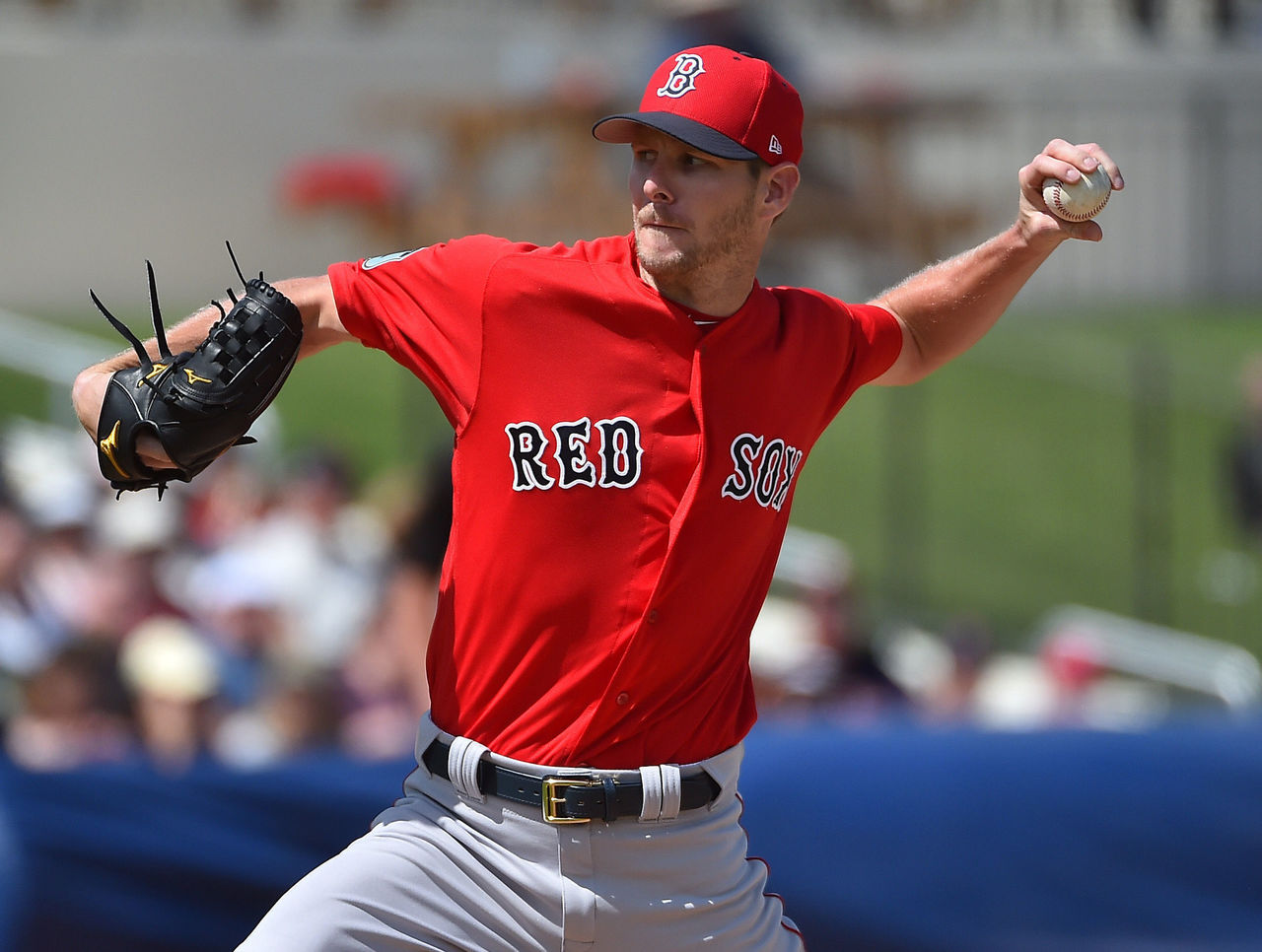 To say Chris Sale is excited to be a member of the Boston Red Sox would be an understatement.

“This is the happiest I’ve ever been in my life, you kidding me?’” Sale told Bob Nightengale of USA TODAY Sports. “What more can you ask?”

Sale has had time to get acclimated to his new surroundings over the past several weeks, and remains in awe of the fact that he’s a member of the reigning AL East champions.

One of the main reasons for Sale’s happiness comes from escaping a rebuilding club for one that is a World Series contender. Prior to December’s blockbuster trade that brought him to the Red Sox, Sale spent the first seven years of his career with the Chicago White Sox. The left-hander tossed 1,110 innings over that time, but none in the postseason.

He hopes a move to Boston changes that.

“I’m coming to a team that has a very real expectation of winning a World Series, and if you can’t get excited for that, you’re doing the wrong thing,” Sale said. “I love competition. And I love competing in front of a packed house where the energy is always there. It just raises your intensity.”

Sale and the White Sox front office butted heads on a number of occasions during his tenure, most notably when he cut up the team’s throwback uniforms last July in protest because he believed that the team’s management prioritized promotional ventures over winning.

Sale was suspended five days for his actions, but didn’t necessarily regret what he had done.

Sale has made two appearances in a Red Sox uniform this spring, allowing two runs (one earned) off five hits, while striking out seven in six innings. He’s scheduled for a few more outings before making his regular season debut at Fenway Park on April 5 against the Pittsburgh Pirates.

“You go to Fenway, and there’s a buzz in the stadium. You don’t hear the foul balls hitting the seats. It’s never quiet. Honestly, this is everything I’ve wanted,” he said.