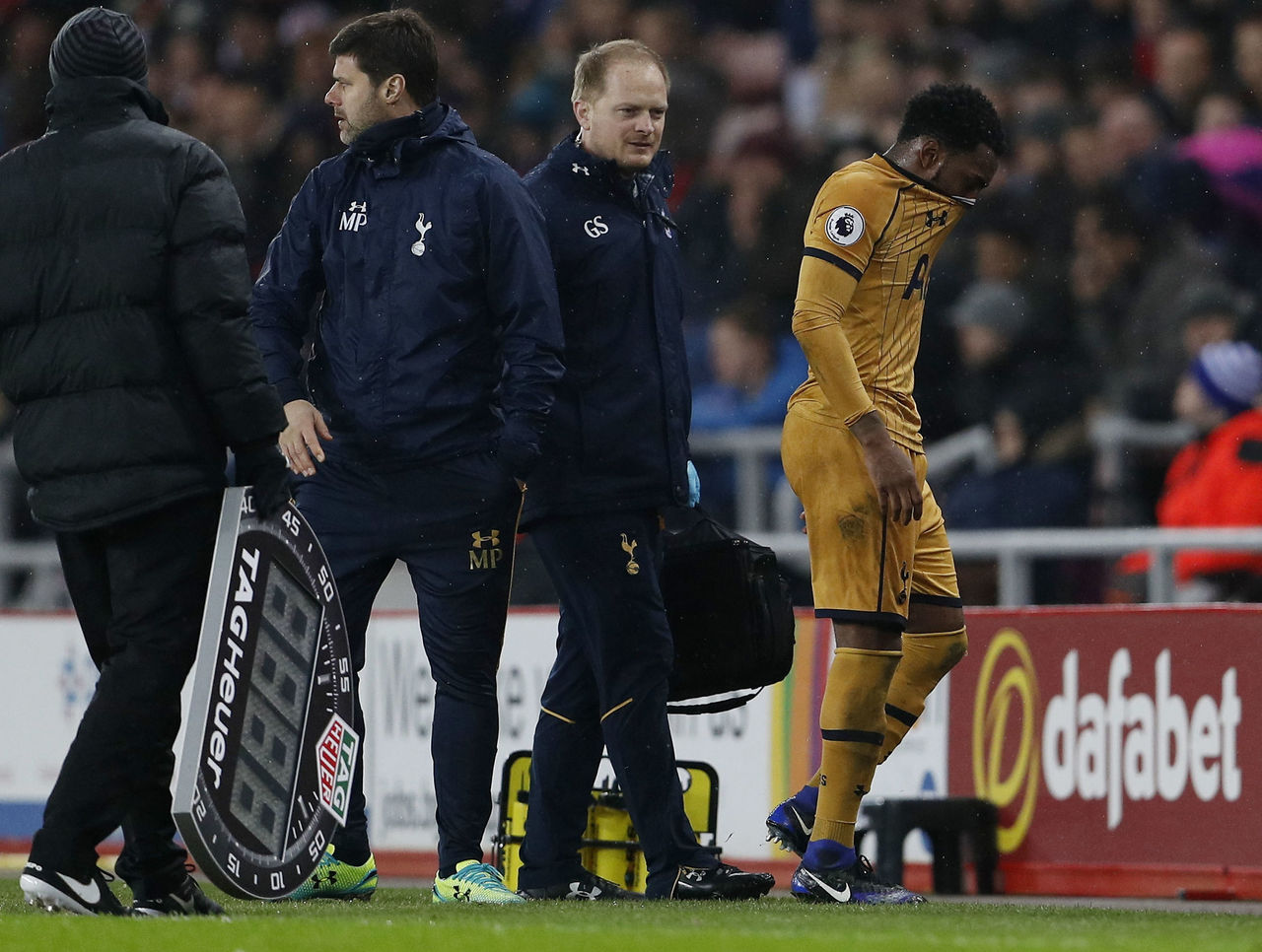 Danny Rose suspected something was seriously wrong when he was forced to leave Tottenham’s match against Sunderland at the end of January with an injured knee.

The left-back – who hasn’t featured for Spurs since the goalless draw – didn’t anticipate he’d miss so much time, but believes he “dodged a bullet” considering his past experience with knee injuries.

“Initially I thought I would be back fit by now, but I had to see a specialist a couple of weeks ago and he told me it would be three or four weeks before I’m back playing and training,” Rose said in an interview with Sky Sports’ Soccer AM

“I don’t normally come off when I am playing, so for me to say I needed to come off I knew it was something serious. I have had a knee operation before so I was fearing the worst, but I think I’ve dodged a bullet.”

According to comments from manager Mauricio Pochettino last week, Rose is recovering well but remains “a number of weeks away” from being able to return to full training.

Along with missing Sunday’s tie against Everton, Tottenham has a relatively forgiving schedule coming up and will likely be without Rose for matches against Crystal Palace, Southampton, Burnley, and Swansea. However, he could return ahead of the season’s last north London derby when Tottenham clashes with Arsenal at the end of April.