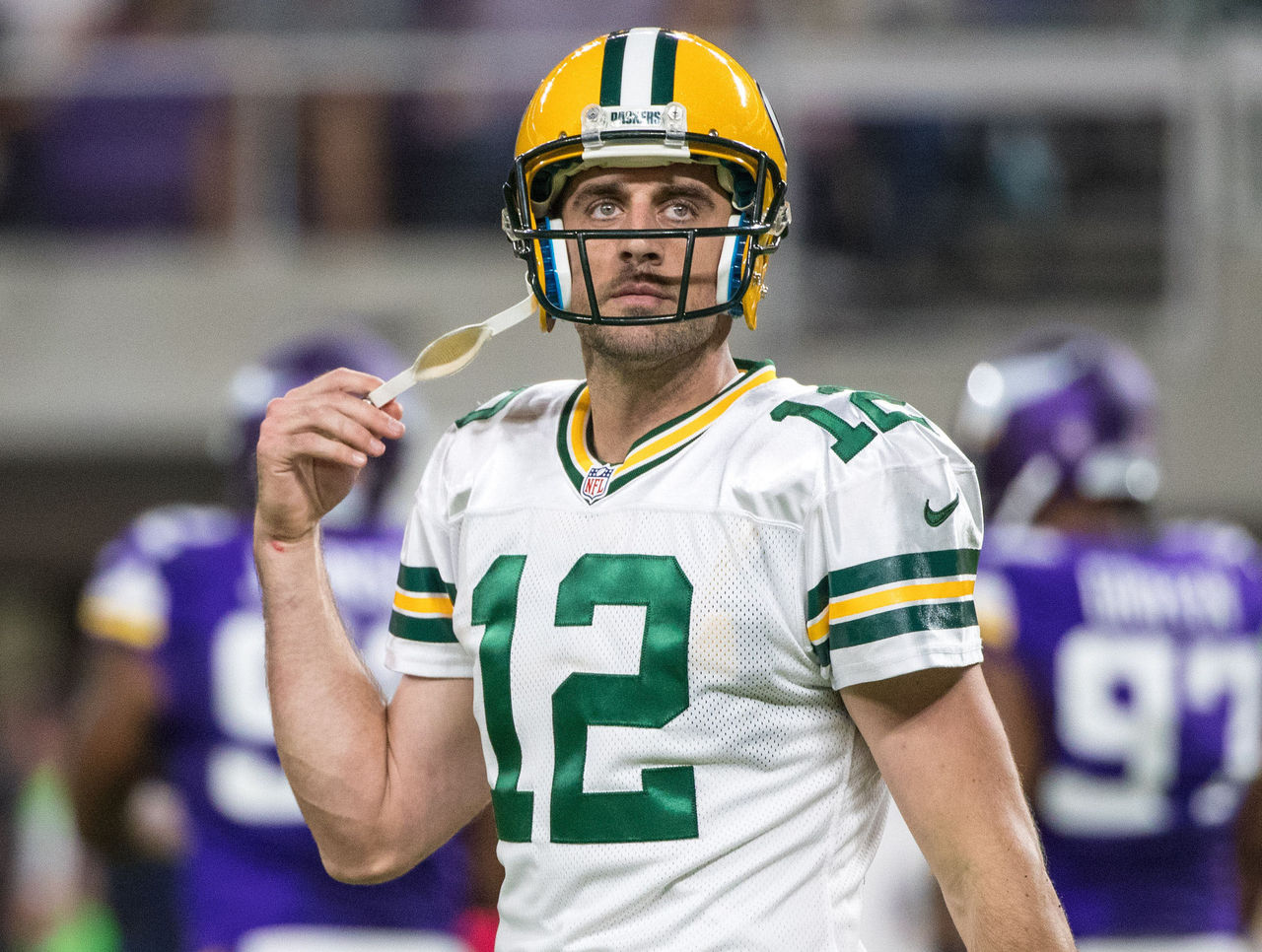 Aaron Rodgers doesn’t look like that perennial MVP candidate we’ve come to know over the majority of his NFL career.

The steep drop off in play has many wondering what’s changed, and whether he’ll be able snap out of it, but Rodgers doesn’t appear concerned in the slightest.

Speaking with reporters Tuesday, the Green Bay Packers’ star quarterback expressed confidence that the issues currently impacting his play are both minor and correctable.

“I just think it’s accuracy,” Rodgers said, according Rob Demovsky of ESPN. “I’ve missed a couple (throws) that I’m used to hitting. And you hit those and you take away the throwaways, being able to hit some things on some of those plays instead of extending and throwing the ball away, and we’re right where we need to be.”

The Packers can ill afford to have the offensive struggles continue, as Sunday’s loss to the Dallas Cowboys puts them a full two games behind the still-undefeated Minnesota Vikings atop the NFC North.

Injuries in the backfield will make it imperative that the passing game takes a step in the right direction as soon as Thursday night against the Chicago Bears.