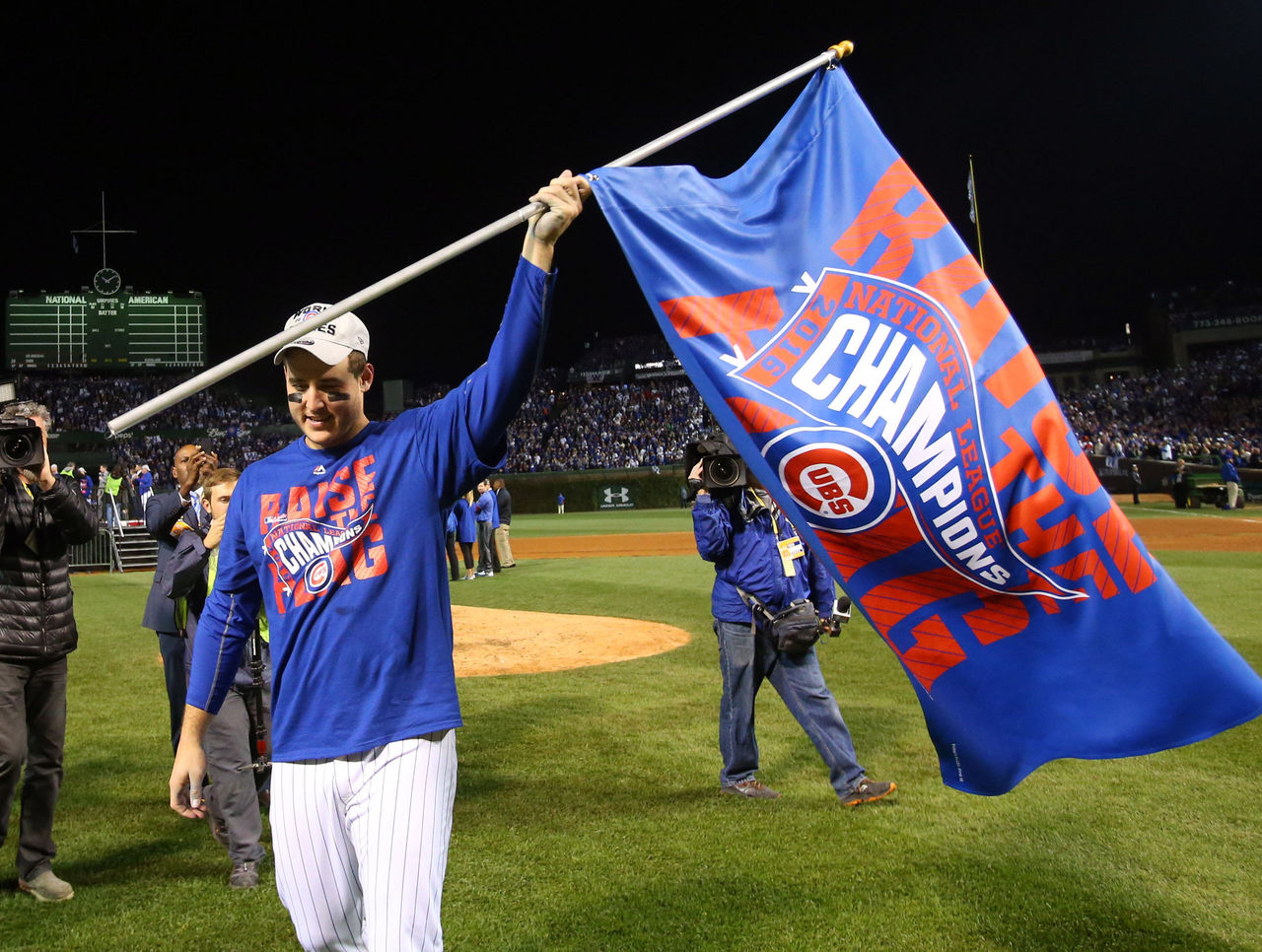 CHICAGO – Cursed by a Billy Goat, bedeviled by Bartman and crushed by decades of disappointment, the Chicago Cubs are at long last headed back to the World Series.

The drought ended when closer Aroldis Chapman got Yasiel Puig to ground into a double play, setting off a wild celebration at Wrigley Field.

Seeking their first title since 1908, manager Joe Maddon’s team opens the World Series at Cleveland on Tuesday night. The Indians haven’t won it all since 1948.

”This city deserves it so much,” Rizzo said. ”We got four more big ones to go, but we’re going to enjoy this. We’re going to the World Series. I can’t even believe that.”

All-everything Javier Baez and pitcher Jon Lester shared the NLCS MVP. Baez hit .318, drove in five runs and made several sharp plays at second base. Lester, a former World Series champion in Boston, was 1-0 with a 1.38 ERA in two starts against the Dodgers.

The Cubs took their 17th pennant. They had not earned a World Series trip since winning a doubleheader opener 4-3 at Pittsburgh on Sept. 29, 1945, to clinch the pennant on the next-to-last day of the season.

”We’re too young. We don’t care about it,” star slugger Kris Bryant said. ”We don’t look into it. This is a new team, this is a completely different time of our lives. We’re enjoying it and our work’s just getting started.”