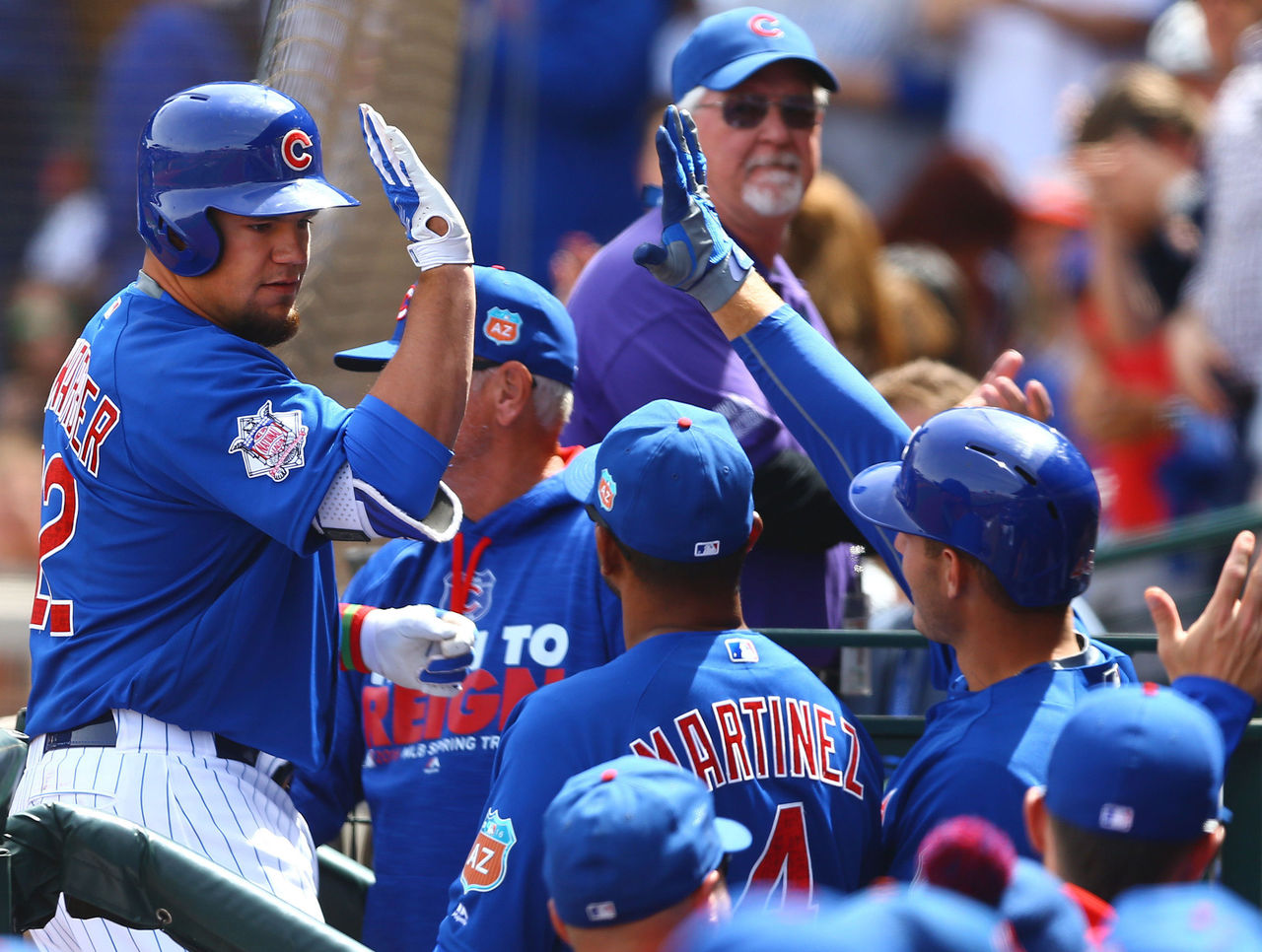 Rehabbing Chicago Cubs slugger Kyle Schwarber will reportedly serve as the designated hitter during an Arizona Fall League game on Monday before flying to Cleveland to rejoin the club prior to the start of the World Series on Tuesday, according to Jonathan Mayo of MLB.com.

It has yet to be announced whether Schwarber will be on the Cubs’ World Series roster, or if he is meeting the team to be a spectator. The Cubs still have time to decide, as their roster does not have to be finalized until Tuesday morning.

Schwarber has missed nearly all of this season after suffering a knee injury on April 7 in just his second game of the year. Schwarber was sent to Arizona upon being activated from the 60-day DL on Saturday, and Cubs president Theo Epstein spoke about how the catcher/outfielder is ahead of schedule.

“We got the best possible report. It exceeded any reasonable expectation that we had,” Epstein said. “We basically got the news at six months that we had hoped to get at seven months, which was Dr. Cooper, upon examining him, cleared him to run the bases. Kyle called me right away and asked for a chance to get ready. The doctors green-lighted him to start hitting.”

With Games 1 and 2 of the World Series in Cleveland, Schwarber could be used as the Cubs designated hitter.