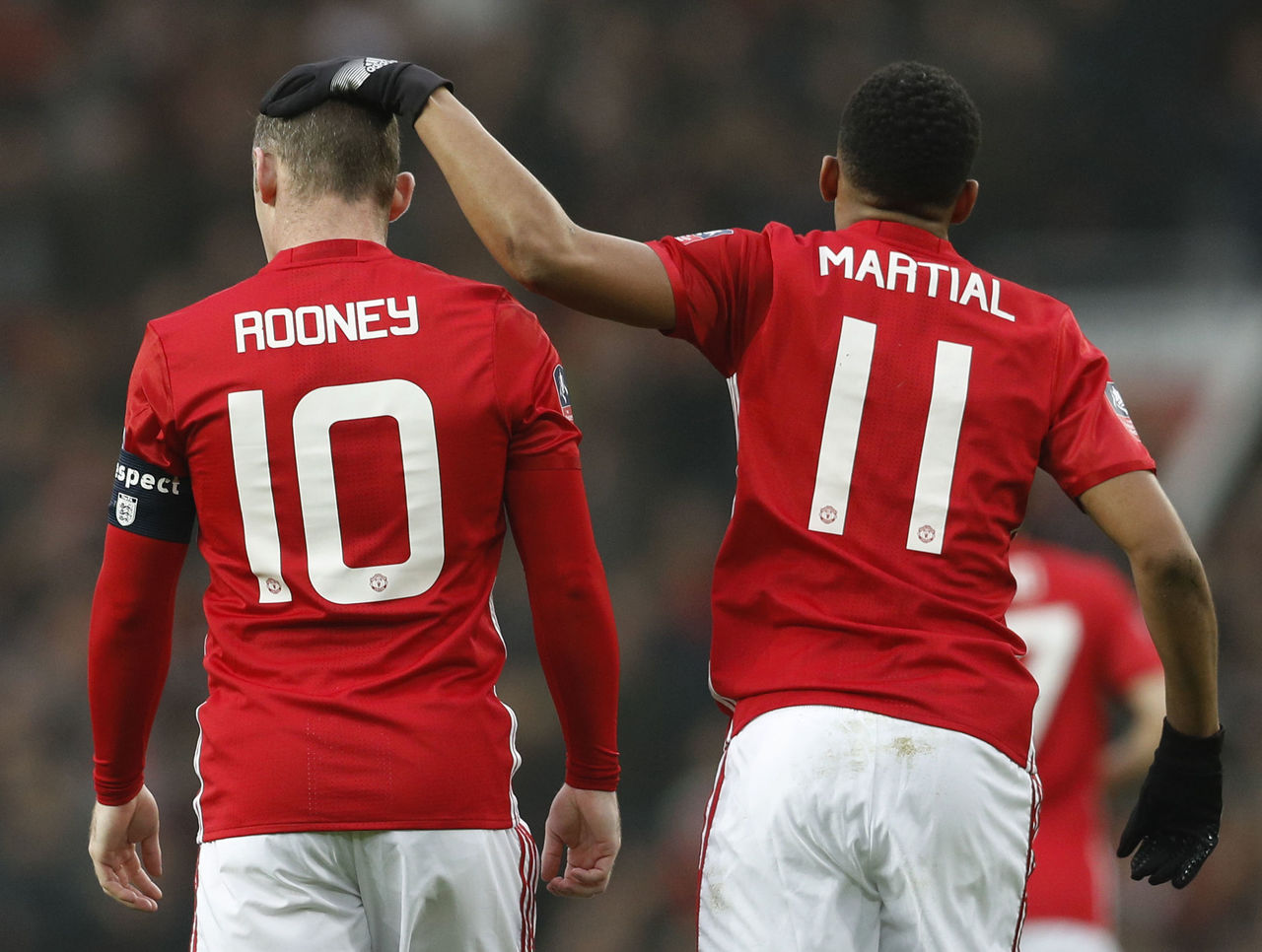 Jose Mourinho will need to come up with new solutions up top for Manchester United in Monday’s FA Cup tilt against Chelsea, as Marcus Rashford, Wayne Rooney, and Anthony Martial have all been left out of the squad, reports Mark Ogden for ESPN FC.

Rooney was ruled out after colliding with Phil Jones in training, and is joined on the injured list by Martial, while Rashford is unavailable due to illness, according to Ogden.

All three were absent as United boarded a train to London on Sunday.

United’s preferred option in attack, Zlatan Ibrahimovic, is suspended for Monday’s match as a result of the three-match ban he incurred for elbowing Bournemouth’s Tyrone Mings.

That leaves a few unconventional options for Mourinho, who may be forced to field Marouane Fellaini up top against the Blues.

The Portuguese bench boss could also decide to play either Henrikh Mkhitaryan or Juan Mata through the middle, though with both Rashford and Martial expected to be absent, that would leave the Red Devils thin on the wings.

Time for the outspoken manager to tinker, then.