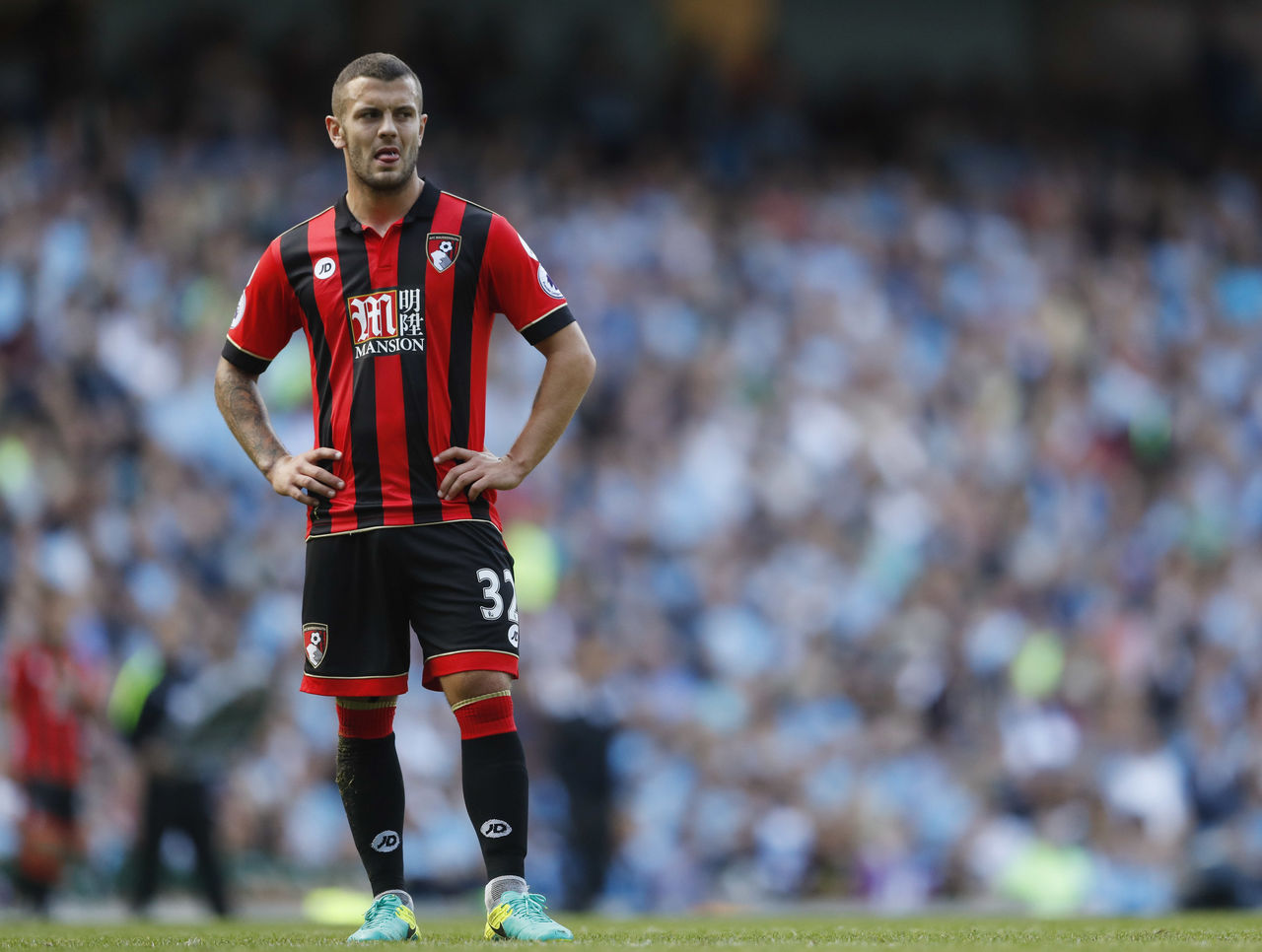 Jack Wilshere is one of several players Pep Guardiola will target in an attempt to strengthen Manchester City’s English core this summer, reports Luke Edwards of The Telegraph.

The Spanish manager is apparently spearheading a movement designed to lure English players to Manchester City, based on his belief that the best avenue to success is stockpiling homegrown players.

The tactic worked wonders for Guardiola with Spanish and German players at Barcelona and Bayern Munich, respectively, before he joined the Premier League side last summer.

Along with Wilshere, who is on loan at Bournemouth from Arsenal, Guardiola is reportedly intrigued by Tottenham defenders Danny Rose and Kyle Walker, as well as Sunderland goalkeeper Jordan Pickford.

Increasing City’s domestic talent is easier said than done, though, as the gaffer bemoaned the soaring rates of English players in the current market.

“I would like to have more English players,” Guardiola told reporters when quizzed about his summer transfer plans. “But, you have to believe me, they are so expensive.