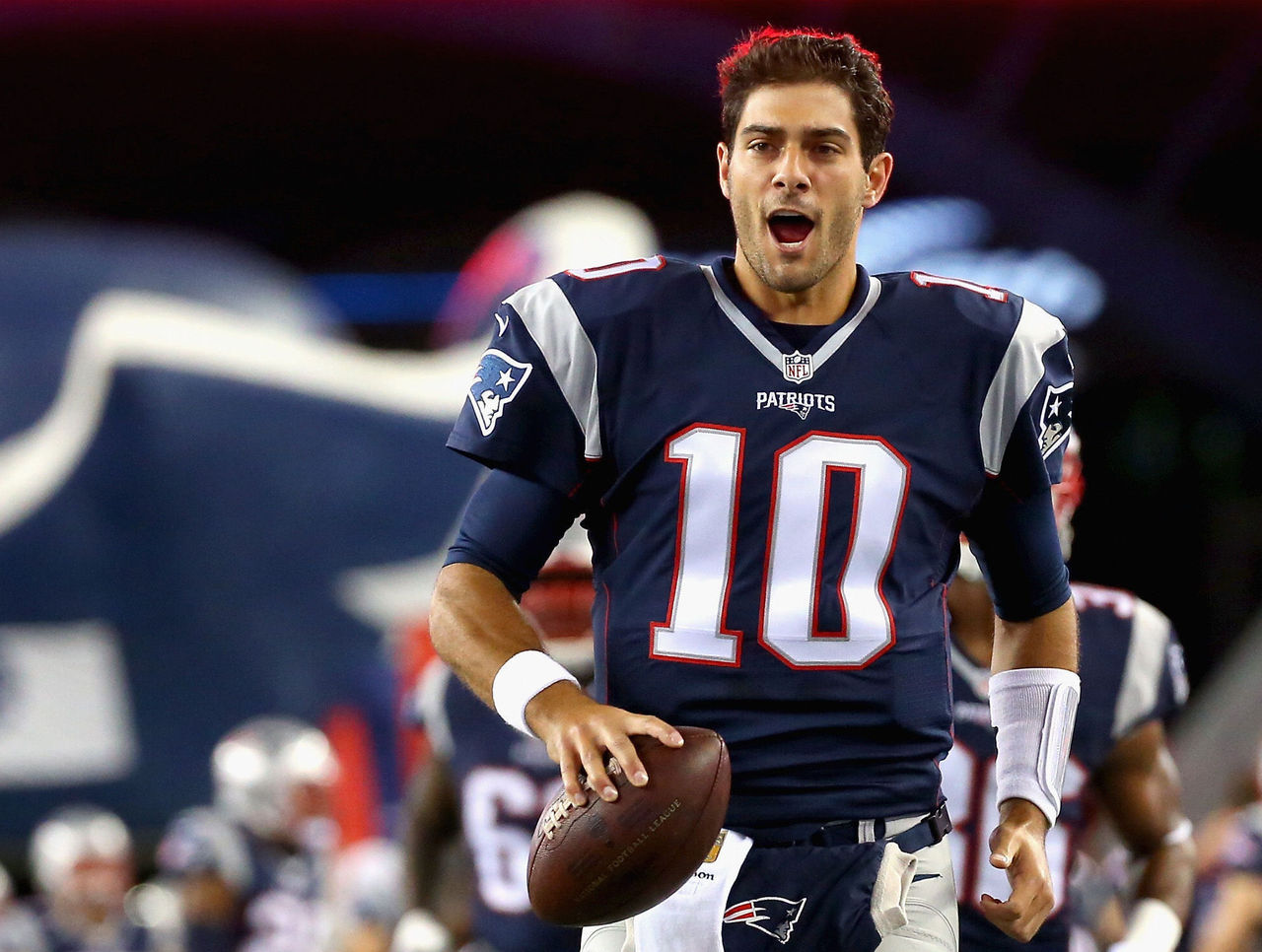 Either the New England Patriots are astonishingly high on Jimmy Garoppolo, or they’re doing everything they can to send his the trade market for his services through the roof.

Maybe it’s a combination of the two.

As the free-agent negotiating period got underway Tuesday, some details on the package New England would be seeking in exchange for its backup quarterback began to emerge.

Both Mary Kay Cabot of Cleveland.com and Mike Garafolo of NFL Network reported that any team interested in Garoppolo could have to give up a first-round pick in 2017 and in 2018 to get a deal done.

As valuable as the quarterback position may be, it remains to be seen whether there’s anyone willing to give up such significant draft capital for a player who’s thrown 94 passes since being made a second-round selection in 2014.

And considering the fact that he’s now heading into a contract year, any club swinging a trade for Garoppolo would immediately have to give him a long-term deal for starting quarterback money. The baseline starting point for negotiations toward such an agreement would likely be the four-year, $72-million deal Brock Osweiler landed in free agency last year.

The Patriots could certainly ease up on the asking price as draft day approaches, but setting their initial sights on a blockbuster could pay off if another team gets desperate to make an upgrade under center.

Garoppolo threw for 502 yards and four touchdowns in the two starts he made during Tom Brady’s Deflategate suspension at the beginning of the 2016 season.