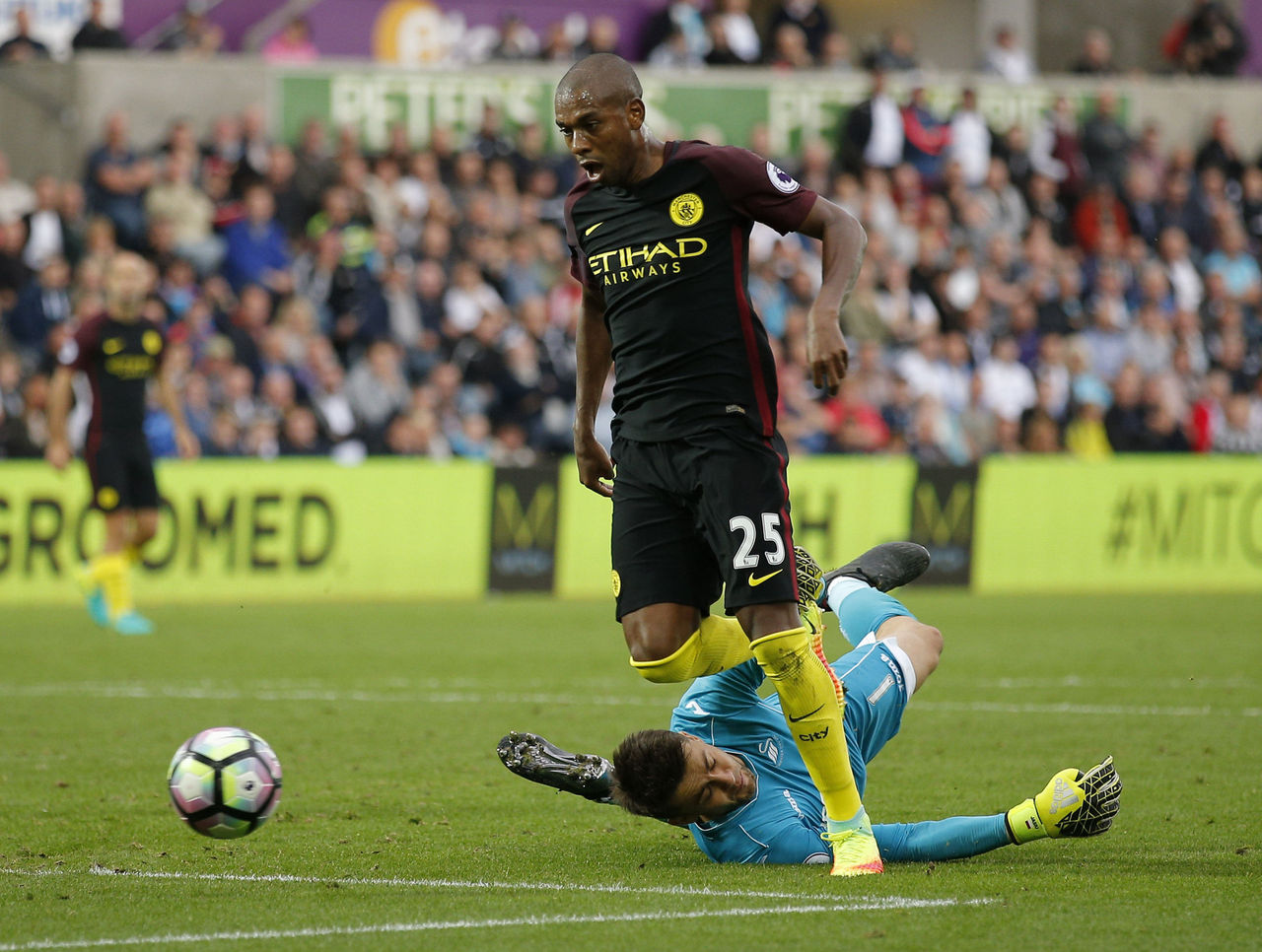 Fernandinho could be the fulcrum of Pep Guardiola’s Manchester City side for some time to come.

The midfielder’s fine form under the Spanish manager is set to be rewarded with a fresh contract, taking him beyond the current agreement until the end of this season, reports The Mirror’s John Cross.

The Brazilian, 31, was quickly identified as a vital component of Guardiola’s plans at City in the summer – the former Barcelona and Bayern Munich handler stated he was adept in 10 different positions – and he’s repaid his new boss’ trust by safeguarding the back four in composed yet energetic showings.

Unsurprisingly, at the front of Fernandinho’s calls for a new deal is Guardiola.

“What we have done this season would have been impossible without Fernandinho,” said Guardiola last week. “If a team has three men like him, they would be the champions.

“We only have one, but he is fast, he is intelligent, he is strong in the air and he can play several positions. When ­Fernandinho sees the space he will run there immediately.”

Fernandinho is with the Brazil national team for upcoming World Cup qualifiers against Bolivia and Venezuela, and will return to domestic commitments when Everton visits Oct. 15.