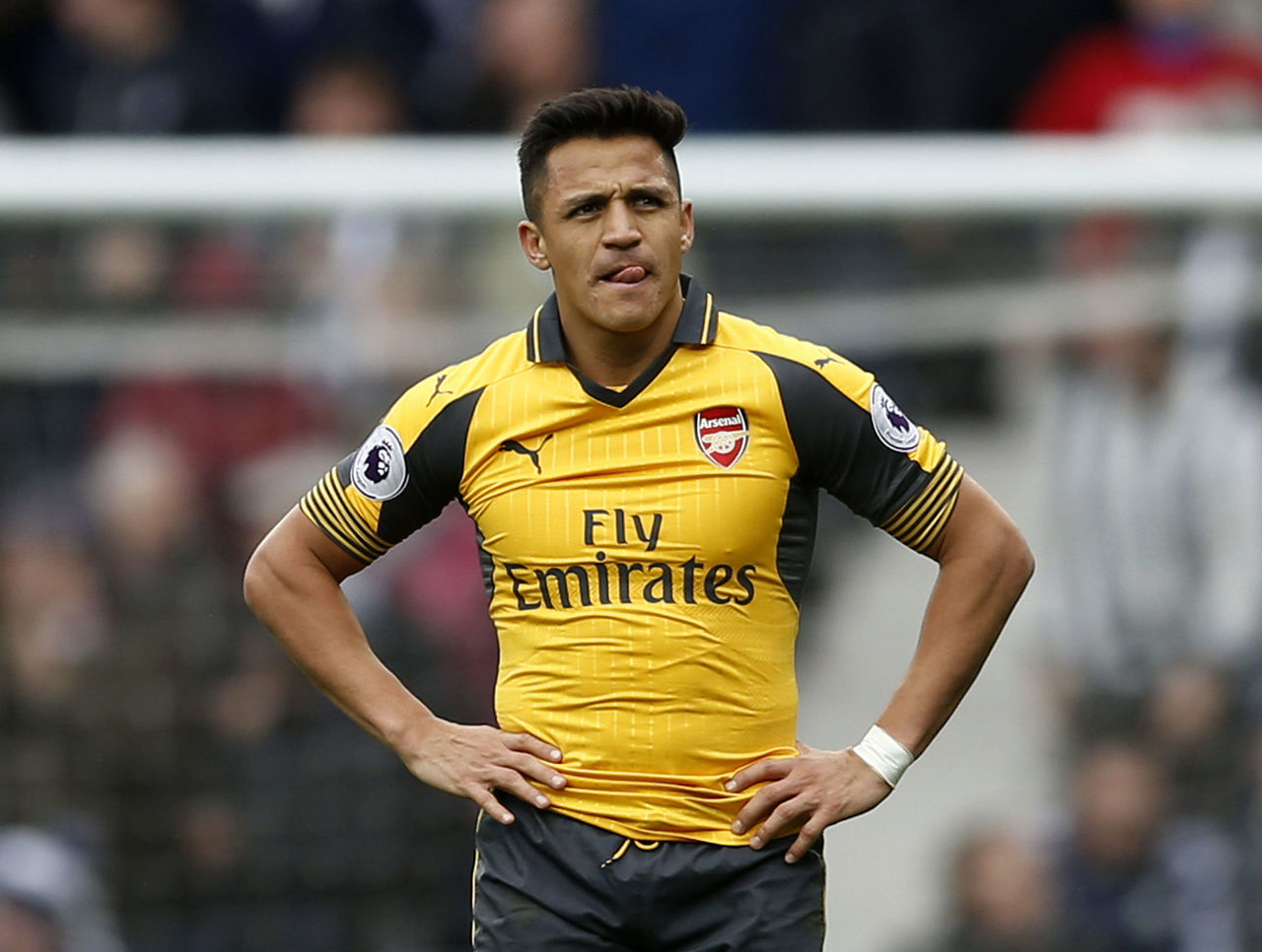 Could Alexis Sanchez be the first player to swap Arsenal for Chelsea since Ashley Cole in 2006?

Antonio Conte has detailed his chief transfer priorities at Stamford Bridge ahead of the summer transfer window, and the Guardian’s Fabrizio Romano understands Sanchez and a new left-sided defender feature high on the Italian’s list.

Sanchez’s contract stand-off at Arsenal seems to foreshadow his exit from the club. He’s apparently demanding a pay rise from £130,000 a week to £250,000 on a deal which currently expires in 2018, and his finest season for the Gunners has been marred by tales of him storming out of a training session and becoming embroiled in a heated dressing-room argument with teammates.

The Chilean’s agent, Fernando Felicevich, is said to be aware of Chelsea’s interest – along with the links to Paris Saint-Germain, Juventus, and Inter Milan – but a bid is yet to be lodged by Arsenal’s London rival. The Blues are aware that trying to encourage Arsenal to allow Sanchez to join a domestic adversary could prove a tough task, despite the club being unmoved on the forward’s salary demands.

If Sanchez is granted an exit from Arsenal this summer, The Evening Standard’s James Olley reports his asking price will be in the region of £50 million, despite being able to depart for nothing a year later.

Real Madrid and Barcelona, two more of a rare breed which could afford having Sanchez on the books, are believed to not be interested in the player.

A decision from Arsenal on whether he’ll leave or not isn’t expected until the end of the season, when the Emirates Stadium outfit will know if it will be competing in the Champions League next term. Arsene Wenger’s side is currently six points short of the Premier League’s coveted quartet, albeit with two games in hand on fourth-placed Liverpool.

As for Chelsea’s left-sided defender pursuits, they are similarly ambitious with Bayern Munich’s David Alaba and Juventus’ Alex Sandro being sighted. The club is also a reported favourite to land Southampton centre-half Virgil van Dijk, and may join the race for Monaco’s defensive midfielder Tiemoue Bakayoko.