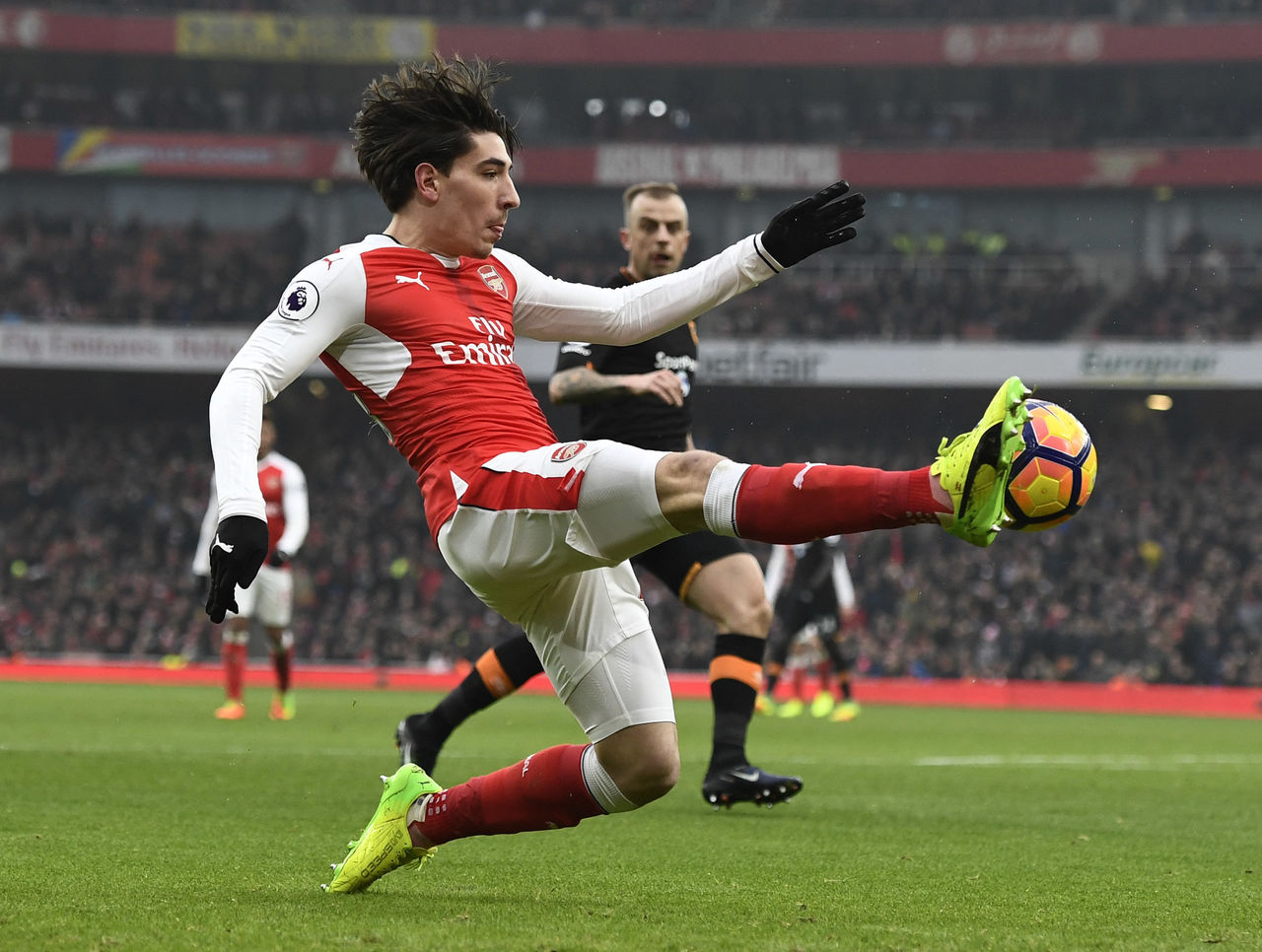 Arsene Wenger’s possible exit this summer will reportedly have a negative ripple effect on the team as some Arsenal players are said to be prepared to follow the long-serving manager out the door at the Emirates Stadium.

Following Mesut Ozil’s comments earlier this season where he hinted that signing an extension could hinge on Wenger’s plans beyond this season, Hector Bellerin is reportedly considering a move away from north London if the Frenchman calls time on his Arsenal career.

With the ink on his new five-year contract barely dry, David Hytner of the Guardian reports that Bellerin would consider joining Barcelona this summer if Wenger were to end his association with the Premier League outfit this summer when his contracts expires.

Hynter suggests Barca, as with most of Spain’s top clubs, is using the media to catch a player’s attention after newspaper Mundo Deportivo reported that the Catalans have reignited their interest in Bellerin, a former member of the club’s youth system before joining Arsenal in 2011.

Sergi Roberto and his generally lacklustre display at right-back in the absence of Dani Alves, who joined Juventus last summer, has incited speculation that Barcelona is eager to find an upgrade at the position.

Before signing a six-and-a-half-year contract in November, Bellerin was linked with a move to Barcelona after the club’s vice president, Jordi Mestre, hinted at a possible reunion with the defender. However, the 21-year-old was reportedly persuaded to put pen to paper on a new contract with Arsenal after being reassured that Wenger will sign an extension.

The situation at Arsenal has deteriorated since the fall, as calls for Wenger’s dismissal have been rampant as yet another season without a Premier League title is almost a certainty.

Although there’s allegedly a two-year contract offer on the table, Wenger is understood to be hesitant to commit to the team beyond the current season as he asses the situation before deciding his future.