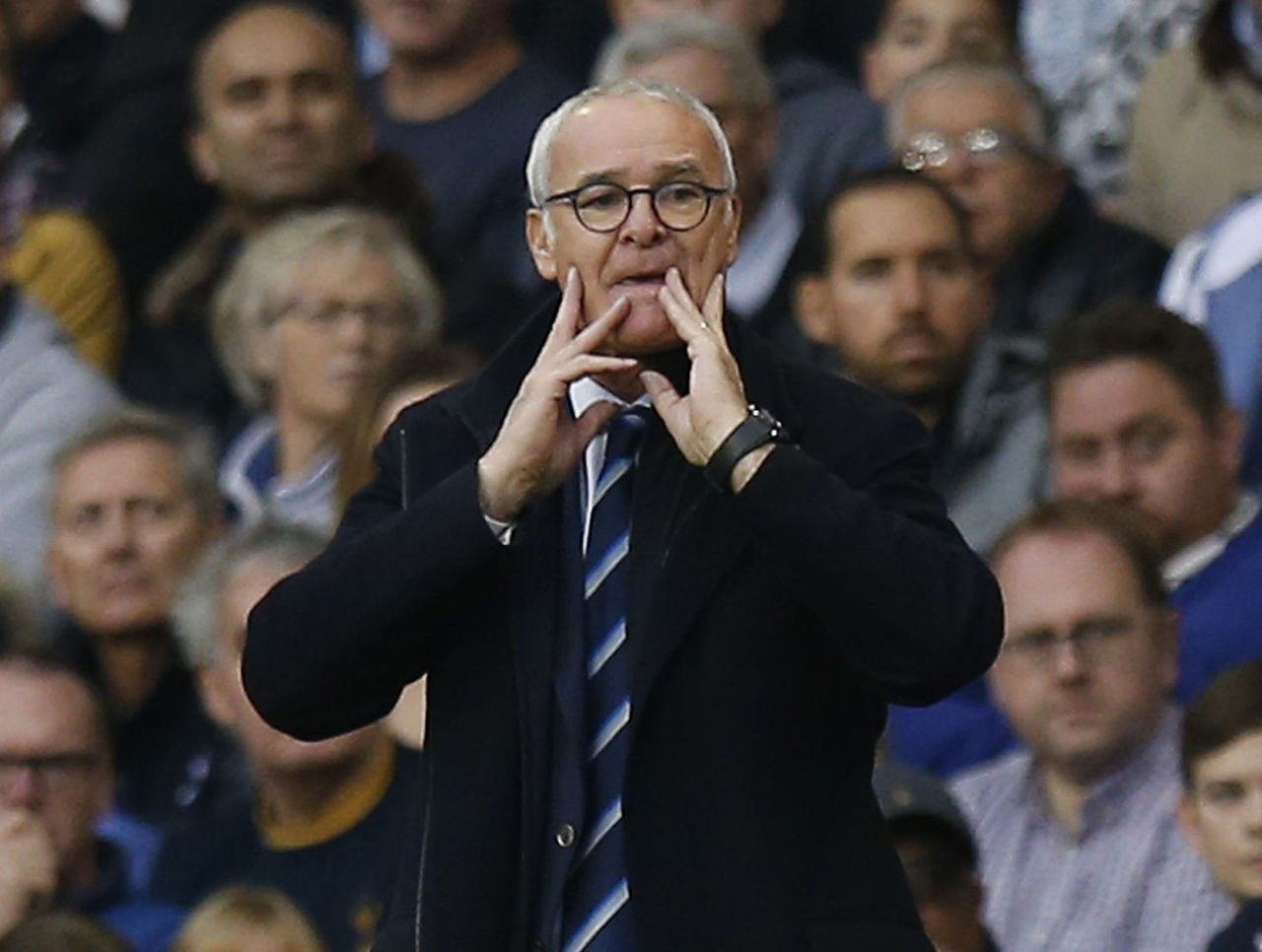 The defending champions collected its first point on its travels this season in Saturday’s 1-1 draw at Tottenham Hotspur after Ahmed Musa cancelled out Vincent Janssen’s penalty.

Following four successive – and heavy – away defeats it was a show of stubbornness that had been conspicuous by its absence on previous away trips.

“I’m pleased with the point, our performance and our spirit. We played together and we fought together,” said Ranieri, whose side remain in mid-table.

“We played well against a good team. We can take confidence from this. Our defending was excellent, just as we did last season. It’s important as we need to refind some confidence.

“Our spirit often this season has been singular, but here it was squad spirit.”

Leicester has one foot in the Champions League knockout stages ahead of Wednesday’s group game away to FC Copenhagen.

But Ranieri said: “The pressure on us is to be safe (in the league).

“The Champions League is for another day. We concentrate on each game that comes, but this was a step in the right direction in the league, especially away from home.”

Tottenham, who fell away to finish third behind Leicester and Arsenal last season, has now gone five games without winning in all competitions.

“It’s important to score more,” said manager manager Mauricio Pochettino. “We need to be more clinical and score more. This game and the last few games we have had a problem scoring.

“We need to be more aggressive in the final third. We need to be determined to score and that’s where we need to improve.

“After 10 games we have won five and drawn five. We are still strong and unbeaten in the league, that is very important. If want to fight for big things we need to improve.”

He added: “It’s true we are fighting and it’s difficult to win games recently, but the team showed it is strong enough.

“We need to stay positive. We are in a bad period, so together we need to be strong.”

Dutch striker Janssen, who has been deputising up front for the injured Harry Kane, scored his first league goal in a Spurs shirt after Robert Huth was adjudged to have fouled him.

It was his third goal since he arrived from AZ Alkmaar, all of which have been penalties, and Pochettino is hoping he can now go on a run in front of goal.

“Harry is our main striker,” said the Argentine. “We are very happy with Vincent, but we need to share the burden with Harry.

“A lot of strikers score from penalties and I think it’s important for Vincent to score. He took responsibility for the penalty with big pressure.

“If you score, whether it’s from open play or a penalty, it’s the same. His first goal in the Premier League is important.

“Since the day he arrived his behaviour and performance is always improving. It’s important to have confidence and trust in him.”

Janssen opened the scoring in the 44th minute, but Musa equalised three minutes into the second half, sliding in to convert Jamie Vardy’s cross for his second goal in two games.

“Musa is a good player and slowly starting to understand the Premier League,” Ranieri said of the Nigeria international.

“He saw the ball a lot and was very strong. He will only improve.”