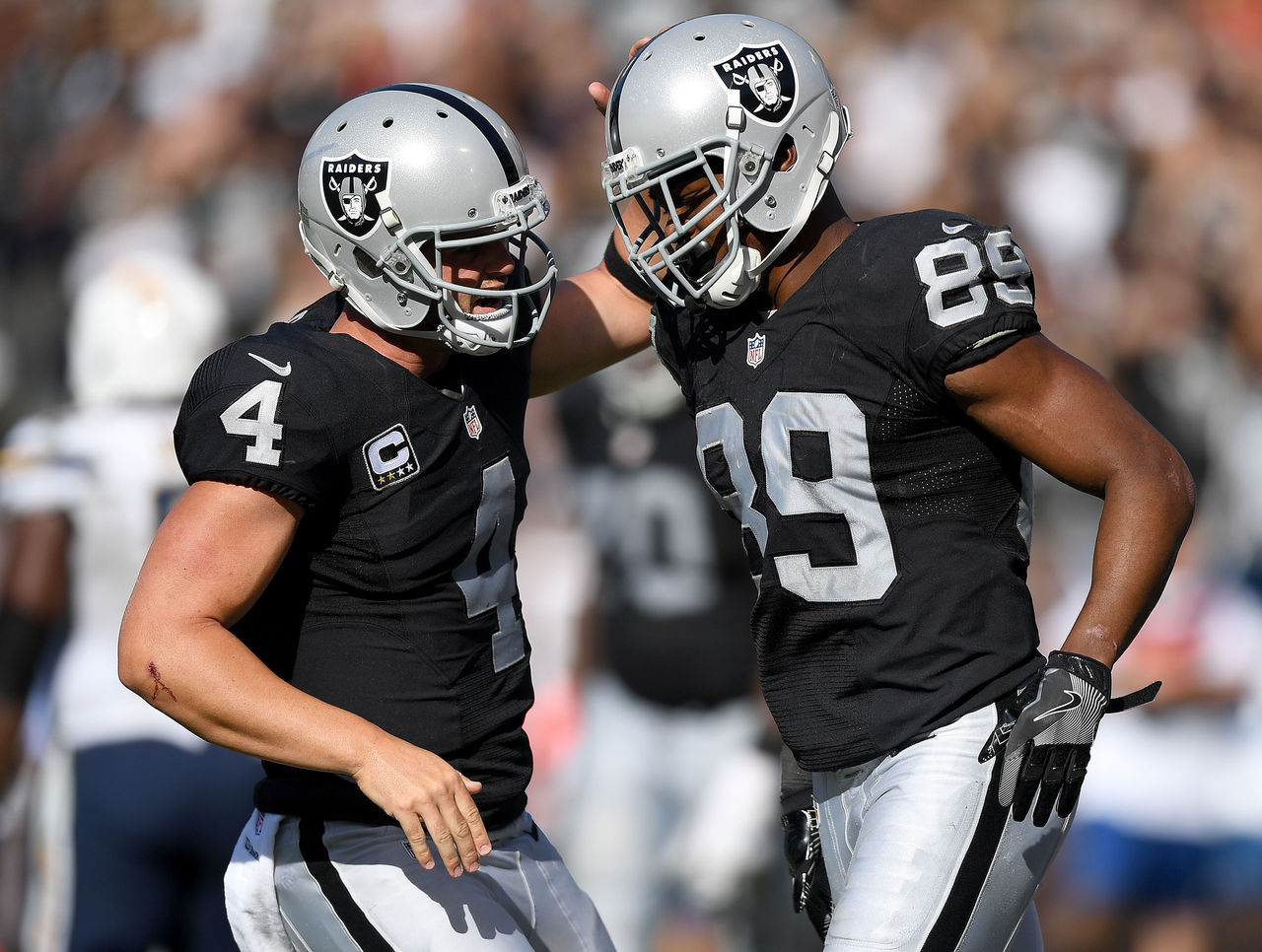 For the people of Oakland, likely nothing will ease the pain of losing their NFL franchise. However, with the Raiders boasting their best roster in over a decade, the team has a great shot at ending its time in the city with the perfect parting gift: a Super Bowl title.

The Raiders are planning to spend the next two seasons in Oakland before their move to Las Vegas, with the possibility for a third floated by owner Mark Davis. This means Derek Carr and Co. have a small window in which to win a championship for their long-suffering fans in Oakland.

While the 2016 season ultimately ended in disappointment for the Raiders, as the team was immediately bounced from the playoffs with Carr sidelined due to a leg injury, it showed they’re ready to live up to their promise.

Carr took a massive step forward in his development in 2016, playing at an MVP-level for the majority of the season. Free-agent additions like guard Kelechi Osemele and linebacker Bruce Irvin were instant successes, adding much-needed toughness to the talented squad. Amari Cooper and Michael Crabtree continued to cement their place as one of the best receiver tandems in the league. And Khalil Mack won the Defensive Player of the Year award, and might be the most feared pass-rusher in the league right now.

In short, the Raiders could be scary good for the foreseeable future.

The New England Patriots remain the cream of the crop in the AFC, but the Raiders are definitely their closest competition, and likely have only scratched the surface of their potential.

It’s a cruel twist of fate that the Raiders will leave Oakland just as they look set to relive the glory days of the ’70s and ’80s. The franchise’s loyal fans deserved much better than to suffer through decades of mediocrity, only to see their team cruelly torn away just as hope returned.

That wound will likely never fully heal, However, the scar will be much easier to live with if the Raiders deliver Oakland a Super Bowl title before beginning the next stage of the franchise’s history.