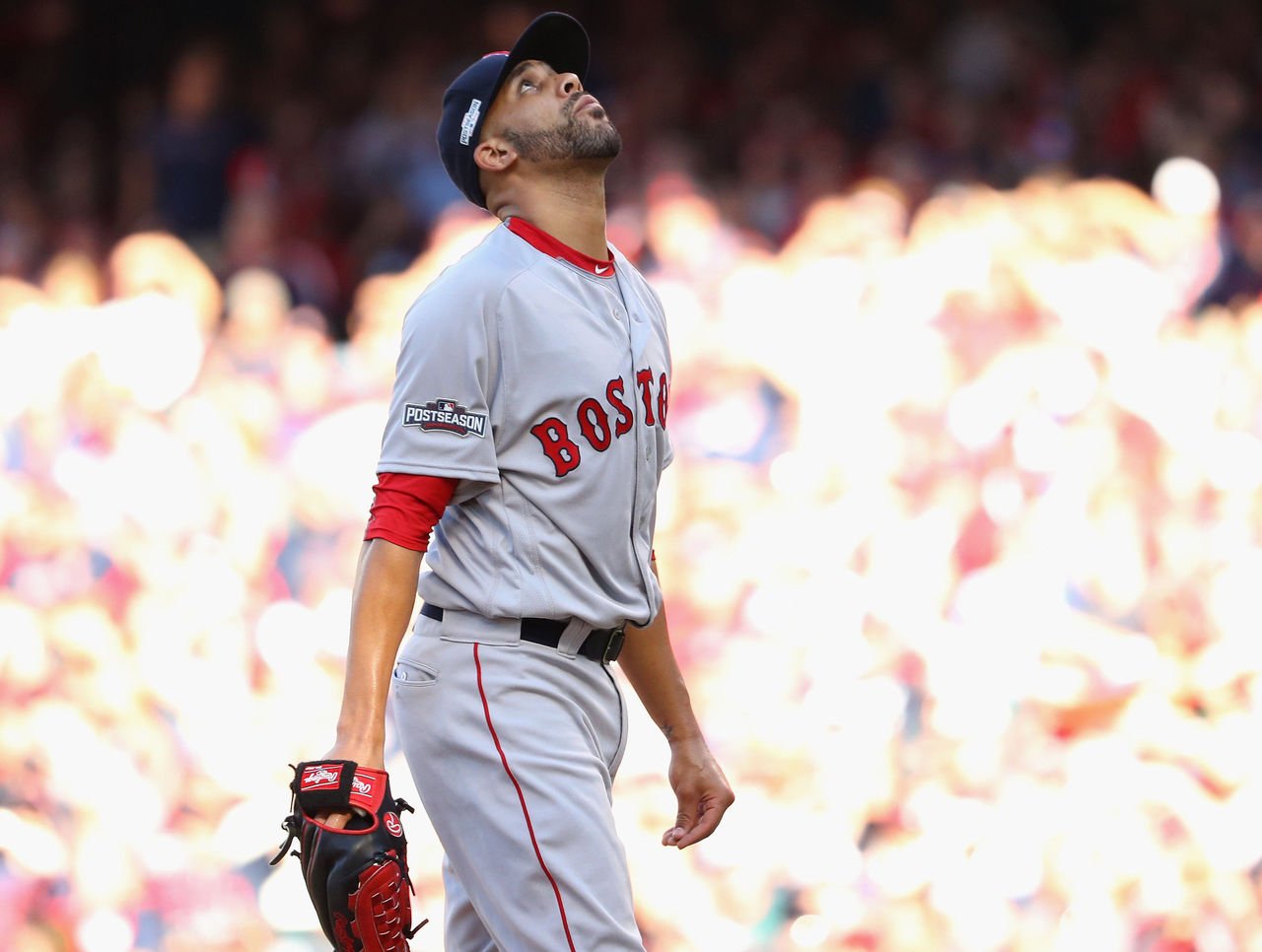 David Price will have to wait a little longer for his first career postseason win as a starter.

The Boston Red Sox left-hander departed Game 2 of the ALDS in the fourth inning with two runners on after recording just 10 outs on 65 pitches in what was his shortest ever playoff start.

After retiring the Cleveland Indians in order in the first inning, Price got rocked in the second. He allowed three straight singles with one out before Lonnie Chisenhall took him deep to right field to put the Red Sox in an early 4-0 deficit. Price allowed a single and a walk in the fourth inning, forcing manager John Farrell to go to his bullpen.

Through the first two games of the series, Price and Thursday’s starter Rick Porcello combined to allow 10 runs off 12 hits in 7 2/3 innings.

Price’s postseason struggles have been well documented. He opened the series 2-7 (both of those wins coming in relief) with a 5.12 ERA and 1.17 WHIP in 14 appearances.

Upon signing a $217-million deal in Boston in December, Price was asked about his difficulties pitching in October.

“I think I was just saving all my postseason wins for the Red Sox,” Price said.

Farrell also gave Price a vote of confidence prior to Friday’s start, saying the reason the five-time All-Star signed in Boston was to pitch in the postseason.