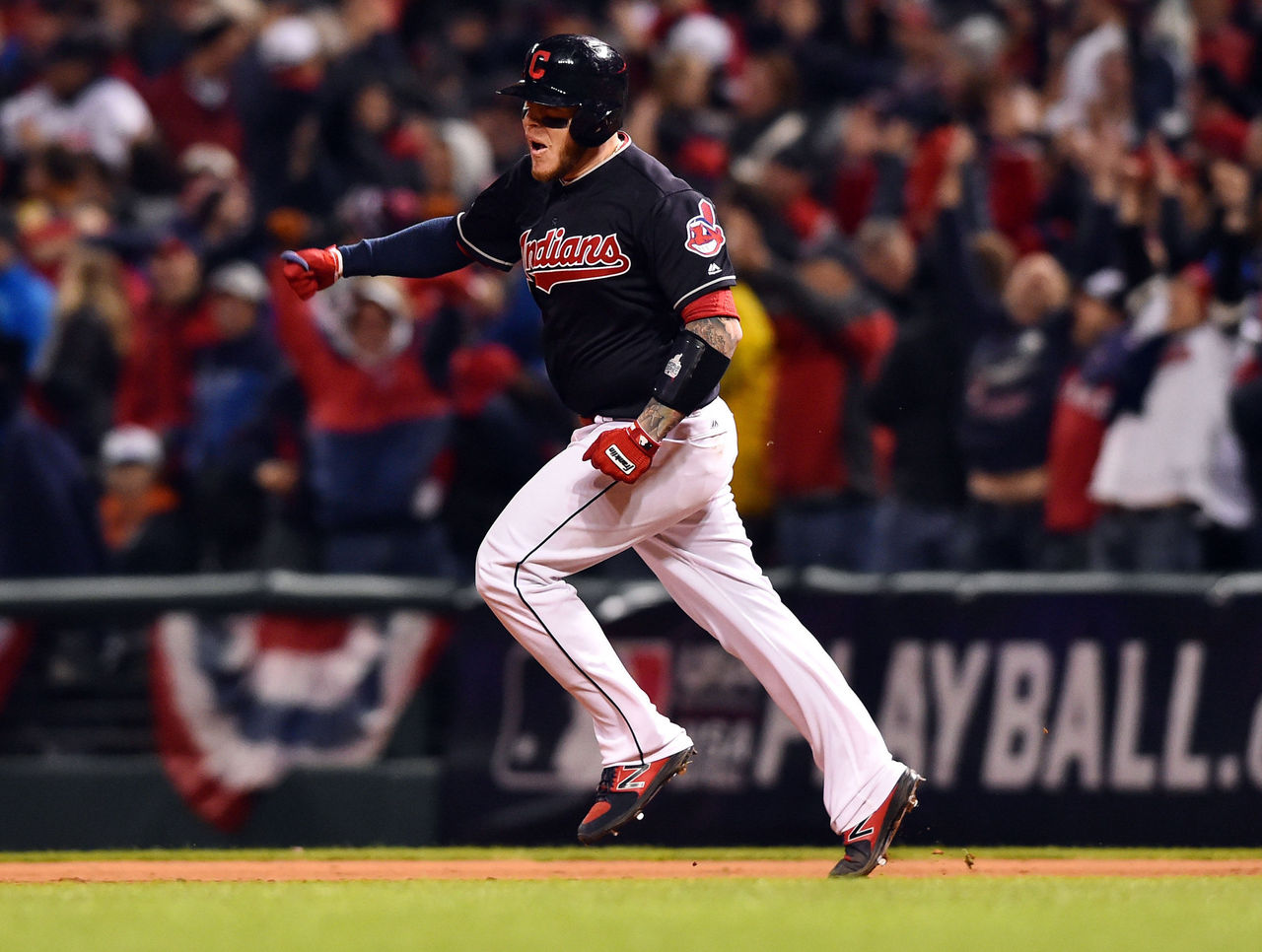 Any offense they get from him is a bonus.

Perez provided plenty of pop in Game 1 of the World Series, hitting a pair of homers – a solo shot and a three-run drive – as Cleveland rolled to its fourth shutout of the postseason Tuesday night with a 6-0 win over the Chicago Cubs.

”I don’t think I’ve ever had a night like that,” Cleveland’s catcher said.

The 27-year-old Perez, who had thumb surgery this season, has three homers in 27 postseason at-bats – the same amount he managed in 153 at-bats during the regular season.

Perez homered his first time up in the AL Division Series against Boston and became the first Indians player and only No. 9 batter to hit two homers in a Series game.

He gave the Indians a 3-0 lead in the fourth with his homer off starter Jon Lester. The left-hander attempted to sneak an 0-1 fastball past Perez, who lined it over the 19-foot-high wall in left field, his shot pinging off a railing.

With the Indians up 3-0 and two outs in the eighth, Perez drove a pitch from Hector Rondon into the bleachers in left, making him the third Indians player to hit two homers in a postseason game.

”I’ve come a long ways. I’m just playing with a lot of confidence right now,” said Perez. ”I’m not trying to do too much at the plate. I’m just trying to control my emotions. First World Series experience, and just trying to go out there and compete and try to get good ABs up there, and try to get on base and make something happen. It’s an unbelievable feeling.”

Perez will never be confused with Manny Ramirez or Jim Thome, but the way he’s swinging the bat this October, he’s giving the Indians another offensive weapon they weren’t expecting.

”What he did at the plate tonight, my goodness, that was exciting to watch,” Indians manager Terry Francona said. ”Everybody was happy for him. You could see the way everybody reacted to it.”

For much of the season, Perez didn’t hit close to his weight (220), finishing with a .183 average in 61 games. But when Yan Gomes went down with a separated shoulder in July and then a broken wrist in September, Perez stepped in and the Indians haven’t missed a beat.

”I watch how hard he works day in and day out,” said shortstop Francisco Lindor, who had three hits. ”He’s doing it for his family. He’s doing it for Puerto Rico. It’s awesome to see him stepping up. I almost cried when he hit the (second) home run. He’s one of my buddies on the team. I’m just super happy, super excited for him and his family.”