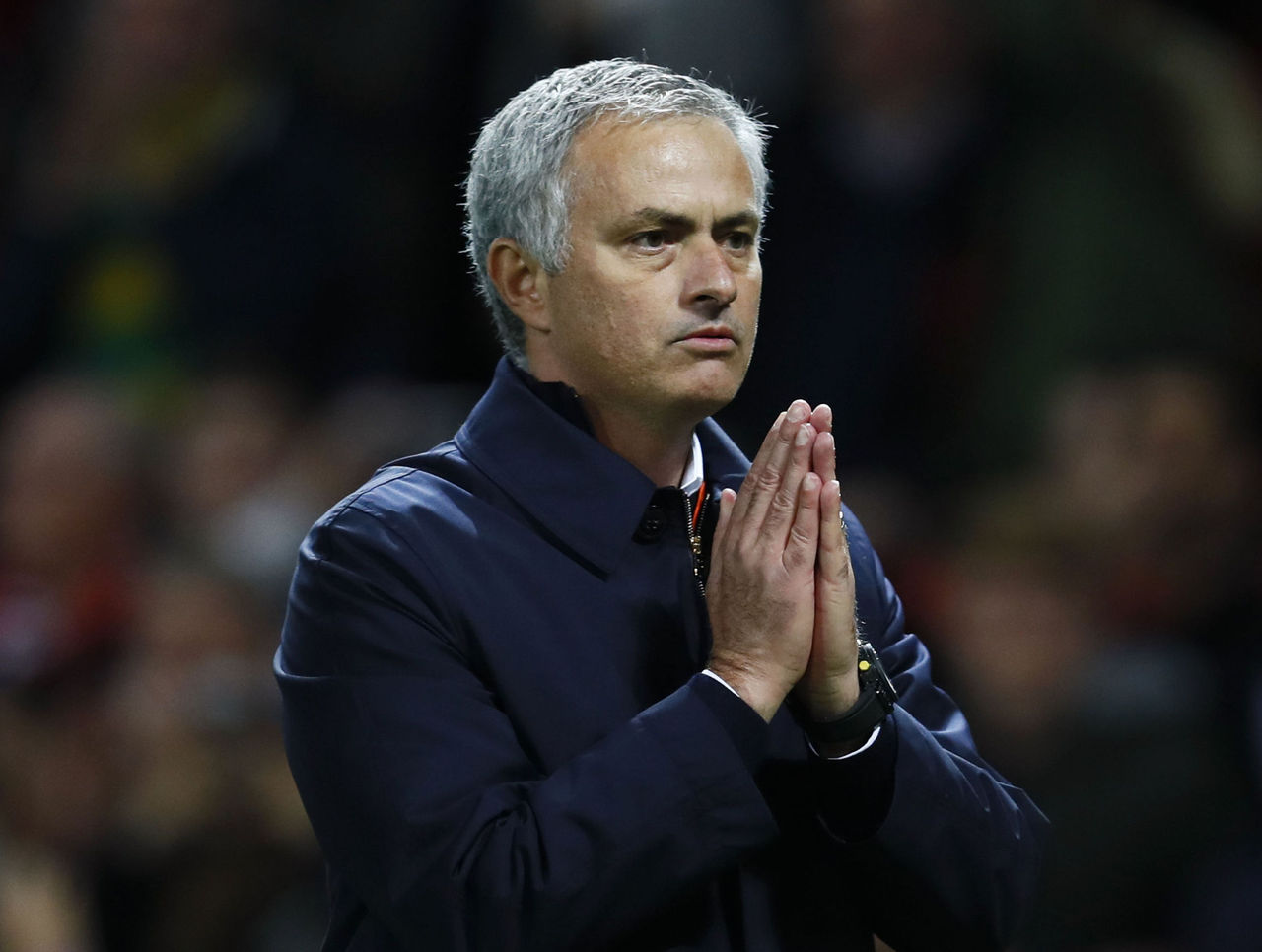 Manchester – Jose Mourinho lauded Manchester United’s supporters after his team put the disappointment of its 4-0 humiliation at Chelsea in the past to sink Manchester City in England’s League Cup.

Sunday’s defeat at Chelsea, Mourinho’s former club, was United’s worst in the league for five years, but the team bounced back to beat holders City 1-0 on Wednesday courtesy of Juan Mata’s 54th-minute goal.

Mourinho made a gesture of apology to United’s fans at the end – making a ‘4-0’ symbol with his fingers and lowering his head — and said he had been moved by their backing.

“We were on a good run of results, but it was a big defeat,” said the United manager, whose side had gone six games unbeaten prior to coming off the rails at Stamford Bridge.

“(They are) numbers that the history of this club doesn’t deserve and when I’m in a club my heart belongs to the fans and I felt deeply for them. The reality is that I never had people like these ones.

“We lost 4-0 and they were supportive. Today the stadium was full of real support and it looks like the love people have for the club is bigger than bad results, bigger than three bad seasons.

“We must give something back. The players gave everything, but even if we’d lost the feeling was fantastic because the players showed they really care and they fought for the fans.”

Mourinho spoke to television reporters after the game at Old Trafford, but did not appear at his post-match press conference. United did not offer an explanation.

While Mourinho made just four changes to his starting XI, his opposite number, Pep Guardiola, made nine.

Both teams disappointed in a drab first half, but it was United who seized the advantage after the break, with Mata sweeping home Zlatan Ibrahimovic’s low cross after Paul Pogba had hit the post.

City captain Vincent Kompany, one of only two players to keep his place from Sunday’s 1-1 draw against Southampton, was substituted at half-time.

The Belgian centre-back has been dogged by injuries in recent seasons and Guardiola said he had not felt able to play on.

“He told us he is tired and not ready to play the second half,” explained Guardiola, whose side beat Liverpool on penalties in last season’s final prior to his arrival.

“The important thing is after two years (repeatedly) injured, he played three days ago 70 minutes, today 45 and no injuries.

“That is a good step, the first step. After we have to see. He felt not good, knowing what happened in the past.”

Guardiola has now gone six games without victory for the first time in his managerial career, but he said he had “no regrets” about selecting a weakened team.

“Sometimes it happens in football the managers doesn’t win,” he said.

“It is the first time. OK, hopefully it does not happen again, but it is part of our profession. Sometimes you win and sometimes you lose.”

Asked if he had learnt anything during his team’s slump, he replied: “The same as when we won 10 games in a row (at the start of the season).

“Every match is different. I need to analyse them all. Every team has streaks of good results and bad results. The strange thing is after seven years as a manager, it happens now.

“But we are still getting to know each other, still improving and we will (improve).”

United will host West Ham United in the quarter-finals.