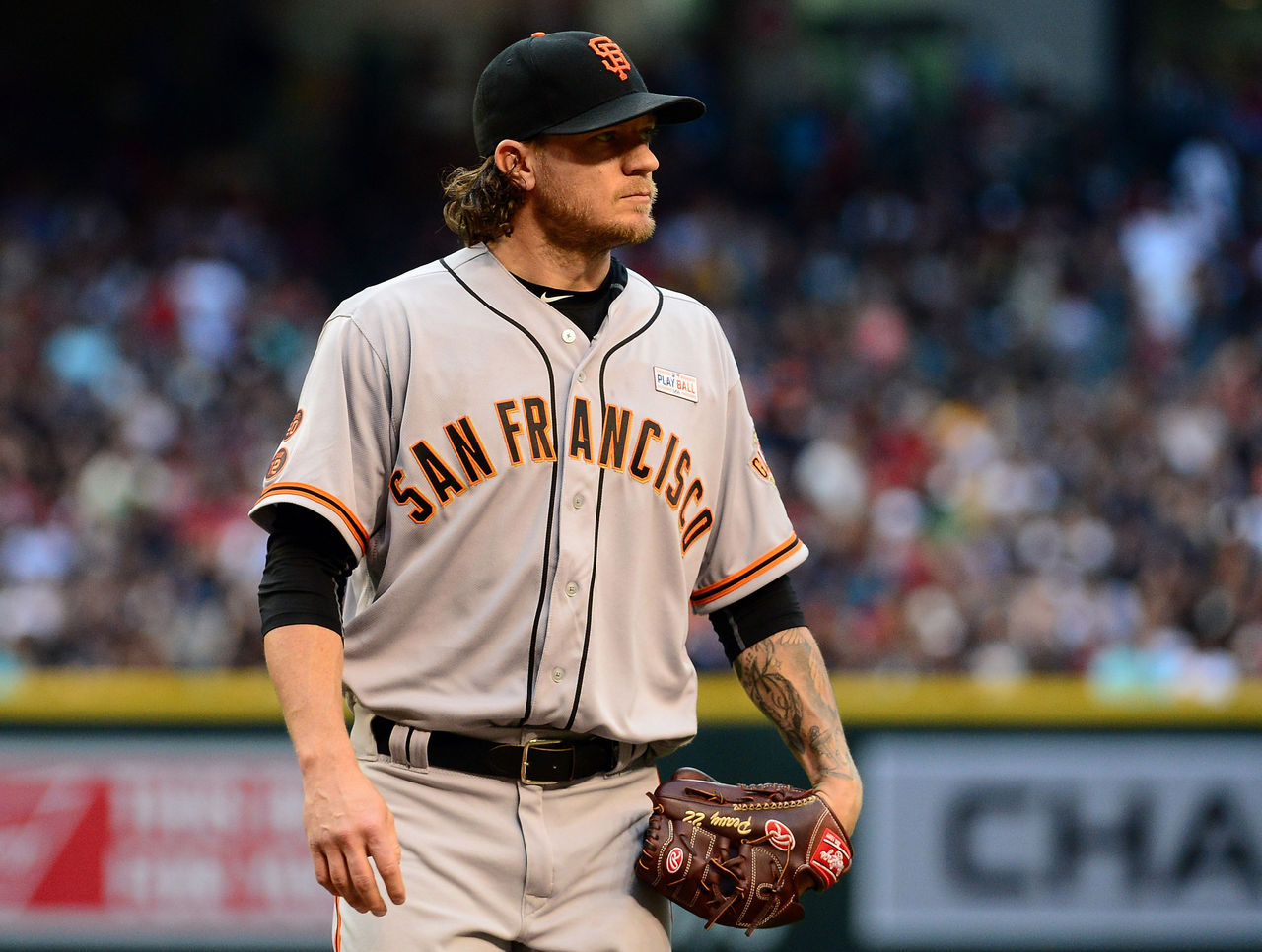 Jake Peavy admits that his personal life is interrupting his baseball career.

The free-agent right-hander remains on the market two weeks into spring training, but it’s not due to a lack of interest in pitching this season. Peavy’s wife of 15 years filed for divorce in October and Peavy is staying home to look after his four sons until legal proceedings are finalized, which is expected to happen this spring.

“It hurts not to be in spring training,” Peavy told Jerry Crasnick of ESPN. “I know that day is coming, but right now being a dad is absolutely No. 1. There’s no way in a million years that I could leave my boys at this time.”

Peavy had been heavily linked to the San Diego Padres earlier in the winter, though the two sides never came to an agreement.

The 35-year-old just experienced a down season with the San Francisco Giants, going 5-9 with a 5.54 ERA in 118 2/3 innings. Despite his struggles, Peavy believes that he still has plenty left to offer and hopes he’s able to return to the majors once his personal life gets settled.

“I’m not shying away from getting divorced,” Peavy said. “It’s not something I’m proud of or something I wanted or asked for, but it happened and I’m dealing with that. But I also have four boys I’m responsible for in life, and I just feel deep down that it’s in my best interests and my family’s interests to be there through this time.

“When I sign with a team, I’m all in. For me to leave right now with so much uncertainty in my life, it wouldn’t be fair to an organization and it wouldn’t be the right thing to do as far as being a dad.”